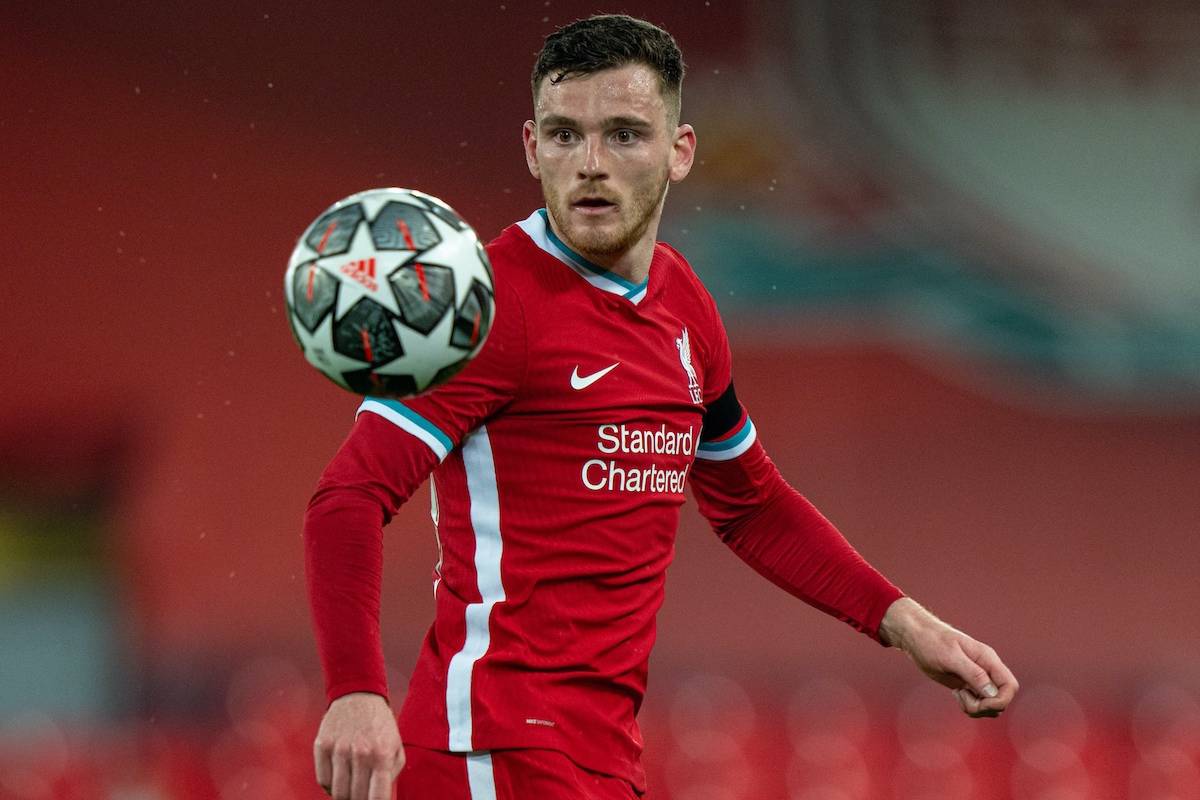 Andy Robertson is insistent that Liverpool will continue “fighting to the end” as this club belongs in the Champions League each and every season.

The Reds shot themselves in the foot over the weekend after conceding after the 90th-minute to severely dent their top-four hopes, making it four points dropped in the space of five days.

With just five games remaining, Liverpool sit four points behind Chelsea in fourth spot, and their current sixth-placed position has them in the Europa Conference League next season.

Since first qualifying for Europe’s top table under Jurgen Klopp, the Reds have played four successive seasons in the Champions League – two of which saw them reach the final.

And while the odds may not be in their favour, all Robertson knows is that pressure needs to be placed on their rivals to at least give them the best chance.

“This club is a Champions League team,” Robertson said, via BBC Sport.

“We got to the quarter-finals this year – and we are still disappointed with that – and two finals in the space of four years and won the Premier League comfortably last year, so to not have Champions League football next year would deflate the whole club, of course it would.

“This club is based on fighting to the end and that’s what we need to do.

“Even if we win the next five games it might still not be enough but we need to put that pressure on the teams.

“There have just been too many games this season where we’ve dropped too many points.

“Against the bottom six, if you’ve only picked five points up at home then unfortunately you are going to fall short of your target.”

Robertson hits the nail on the head with his assessment, as Liverpool continue to fall into the same trap by repeating past mistakes.

With Anfield not having been a stronghold for the Reds this season, having dropped 24 points, nor holding onto leads in the last 15 minutes, having dropped 16 points, Liverpool are a shell of their former selves.

Now, all that is left to do is to show the fight the left-back speaks of and pick up as many points as possible against Man United, Southampton, West Brom, Burnley and Crystal Palace.