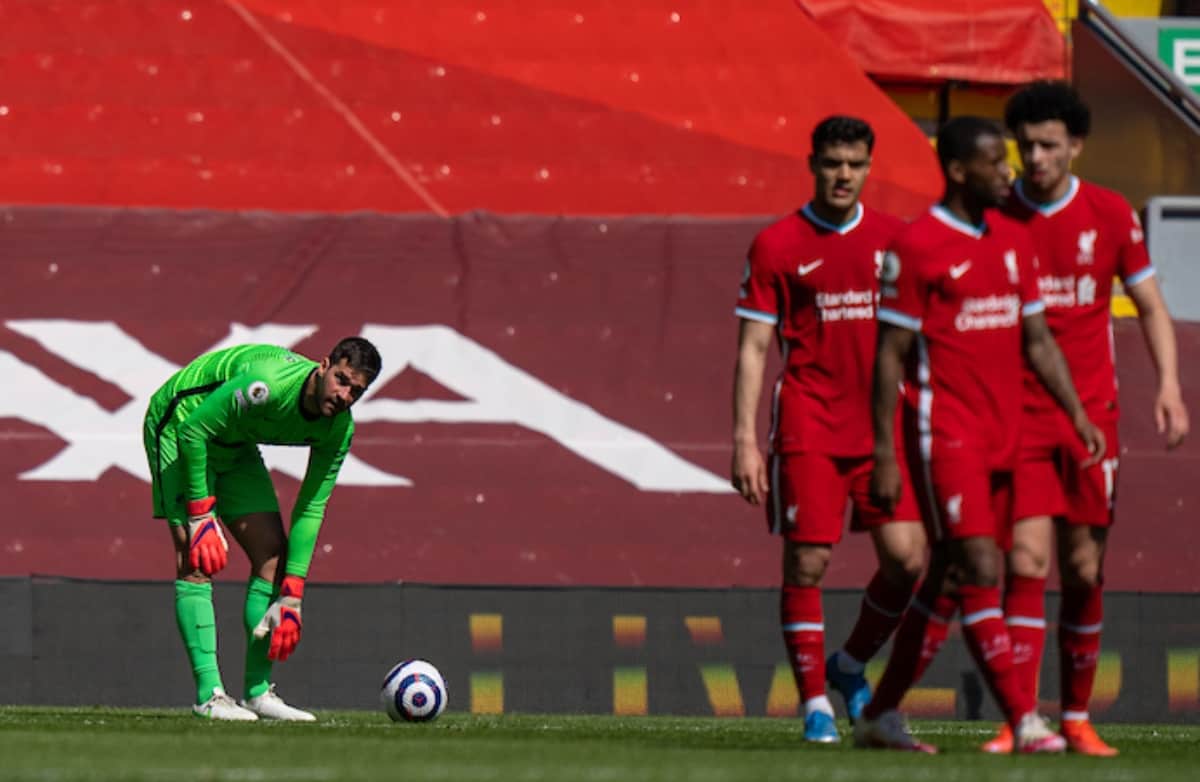 Liverpool have been revered for their mental fortitude, but their regression is exemplified in stark numbers by the goals conceded and points dropped in a game’s final 15 minutes.

You could not hide from the fact that it felt as though the Reds were reading from the same script in the draw against Newcastle, and that’s because they were.

By conceding with the match already well beyond the 90th minute to deny a crucial win, Liverpool found themselves counting more points dropped thanks to conceding late in the piece.

In fact, it was the second time in five days that the Reds saw their winning position overturned with goals in the last 15 minutes, first at Leeds and then against Newcastle.

It takes the 2020/21 season tally to 14 goals conceded in the last 15 minutes of a Premier League fixture, which amounts to a whopping 16 points dropped over the course of the 33 games to date and amounts to 35 percent of their conceded goals.

It’s an area of the game Liverpool struggled with at the start of Jurgen Klopp‘s tenure, when the back-line was in desperate need of remodelling and the ‘mentality giants’ were not yet born.

But none of Klopp’s previous four full seasons in the top-flight have returned such damning numbers for goals conceded and points dropped in the final 15 minutes.

Considering the current campaign still has five games to play, it is a tally that could continue to grow and consequently cost the Reds a place in the top four – as even cutting the points dropped by half would see them sat comfortably in third place.

You can look to the absence of key defensive pillars, the subsequent mental and physical fatigue and even Klopp’s choice and timing of substitutions and tactics as areas to lay claim to blame.

And after years of building confidence and conviction, it’s a concerning turn of events with regression as stark as this one considering the experience accumulated by this team.

A misfiring forward line only adds to the woes as any single mistake is ruthlessly punished as no buffer exists to protect, as seen in this single week alone.

As Klopp noted, “There is nobody else to blame but ourselves,” but it’s an area that desperately needs addressing as the small crack in the foundations will only serve to add late tension to already tired minds and legs in the crucial matches next on the agenda.