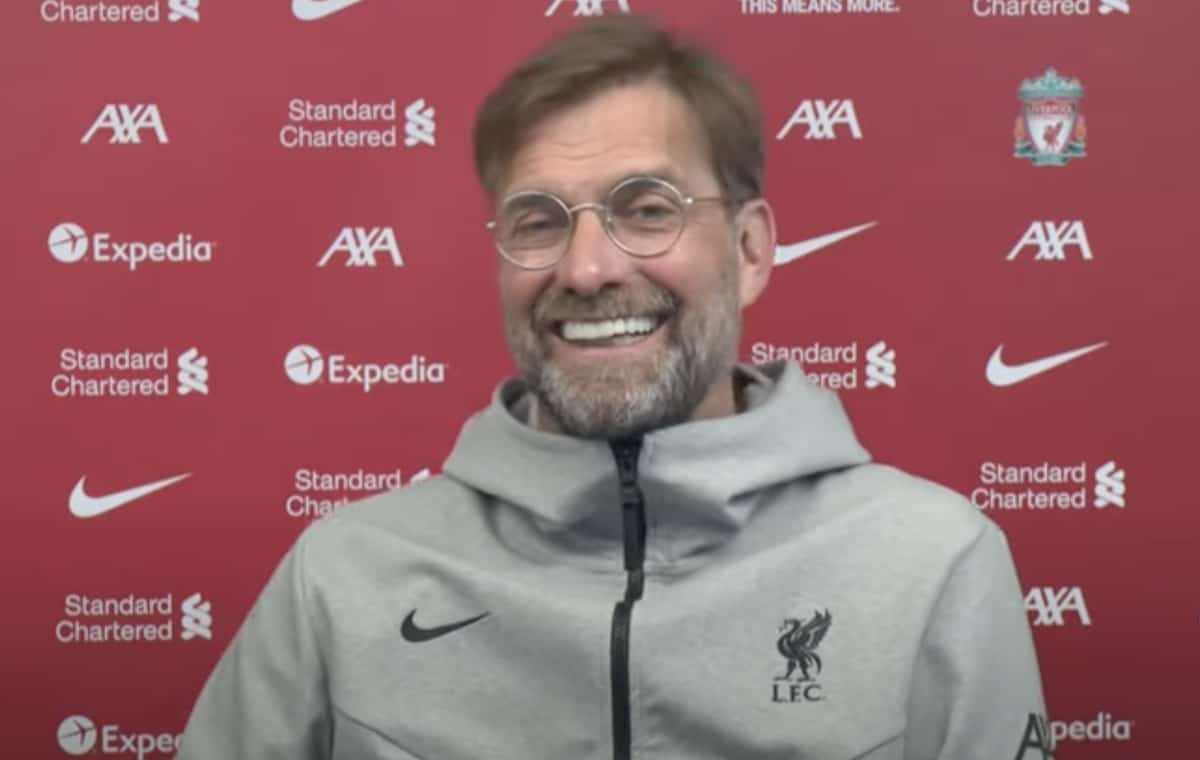 Jurgen Klopp is eager to build some lasting momentum as the Premier League turns into its final corner, starting again at Leeds on Monday evening.

The Reds were dealt a blow in midweek with the inability to find the net ensuring their Champions League campaign came to an end, now all focus is on ensuring there can be a run next season.

Three successive wins in the top-flight at Wolves and Arsenal and most recently against Aston Villa has put Liverpool back in the picture for a top-four spot, but there’s no time to rest.

And that saying has more than one meaning against a Leeds outfit renowned for its unrelenting pressure and inability to stop running.

It presents another challenge for Klopp and Co. and one he wants to conquer, but that cannot include underestimating opponents in the process.

“It would be cool, it would be absolutely cool,” Klopp said of finding momentum to close out the season.

“But the thing is we should not forget the opponent we always face. But now it’s the situation, we won the last three games, that’s why we are still in the fight for the Champions League spots.

“If we would have won only one and drew two, it could look completely different.

“Leeds is really special and for that we have to be ready.”

The manager also had words on a “really good” Leeds side who are “managed by one of the best,” the threat of Patrick Bamford and his centre-back combination of Ozan Kabak and Nat Phillips.