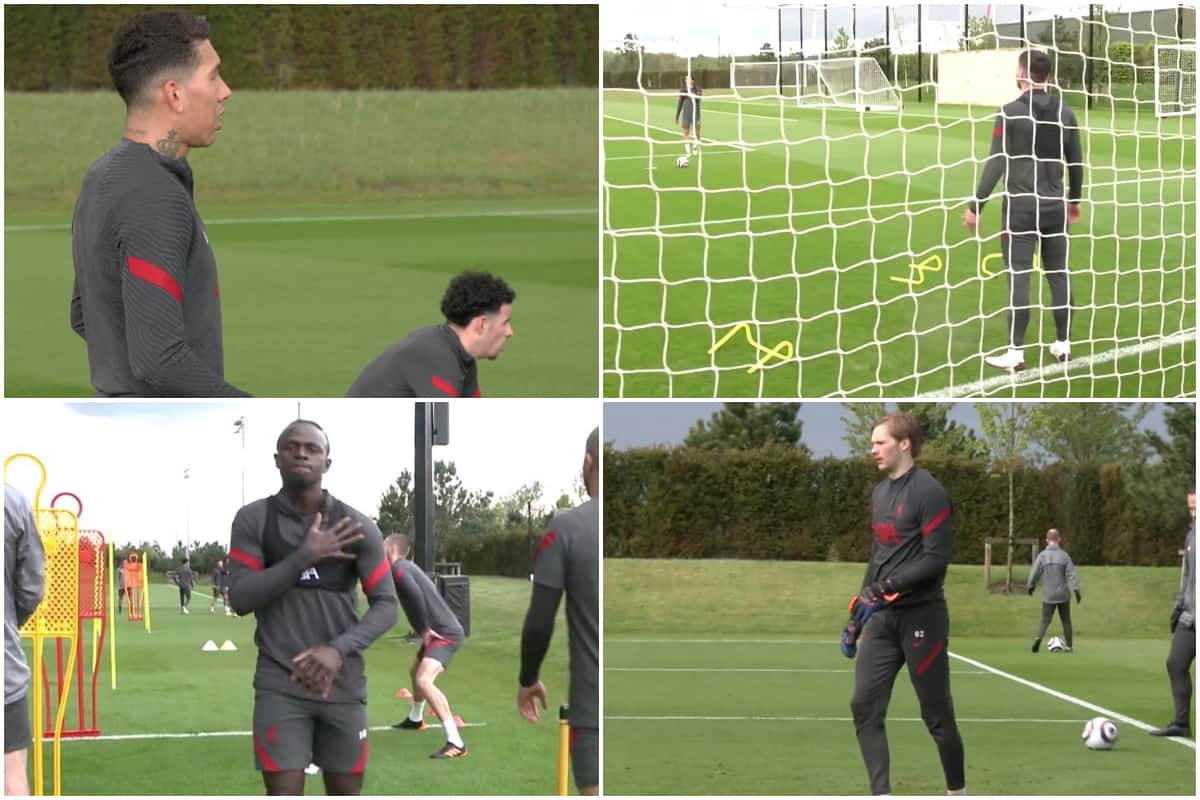 Liverpool took in one of our final training sessions ahead of Thursday night’s clash with Man United including one 16-year-old, whose dream week with the club continues.

The Reds head back to Old Trafford this week for the rescheduled Premier League date, on the back of the blow of Leicester‘s 2-1 victory over United.

Jurgen Klopp‘s side needed a result from their arch-rivals for a boost to their top-four hopes, but 10 changes from Ole Gunnar Solskjaer – including starts for teenagers Amad Diallo and Anthony Elanga – put paid to that.

Liverpool need to get the job done in Manchester regardless, and Klopp oversaw a productive session in front of the cameras on Tuesday.

It was a small group working in the rain, and here are five things spotted at Kirkby. 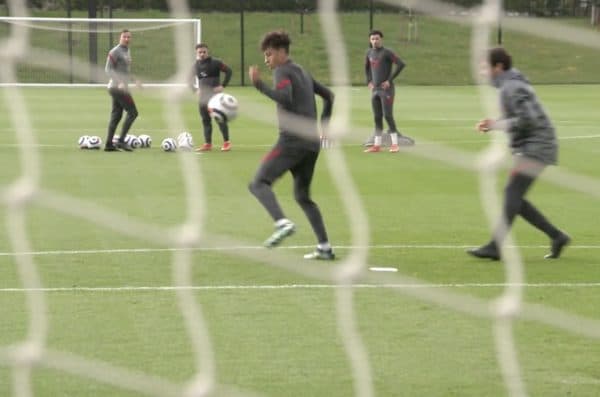 After scoring on his debut for the under-23s on Monday night, 16-year-old Kaide Gordon was included for first-team training the following day.

Gordon – who is not eligible for the FA Youth Cup semi-final on Wednesday – joined in a rondo with Trent Alexander-Arnold, Andy Robertson, Nat Phillips, Neco Williams, Curtis Jones, Diogo Jota and Sadio Mane, settling in well.

It is unlikely he will be considered as part of the senior squad for the final four games of the season, but it could be a sign of things to come.

Gordon’s chances of inclusion are slimmer due to the return to availability of Divock Origi, who has not been involved since mid-March due to a muscle injury.

With Ben Woodburn called into the matchday squad last time out, there is clearly space for Origi in the side, but his days may be numbered as Liverpool consider a summer sale. 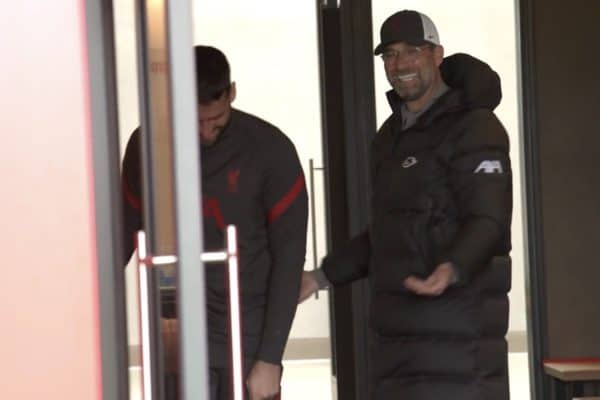 Alisson and his wife Natalia welcomed the birth of their third child on Monday – a son, called Rafael.

“Rafa, really?!” Klopp joked with his goalkeeper as they walked out, suggesting he would have preferred the child to be named after him, not his predecessor.

Thankfully, with Caoimhin Kelleher back fit, it won’t come down to this, as Robertson took a turn between the sticks in an effort to keep Alexander-Arnold out.

It’s safe to say Kelleher was more impressive as he took over for a finishing drill with Gordon and Origi, with it possible the Irishman returns to the squad on Thursday night.

Still no Kabak and Co.

Liverpool were dealt a quadruple blow ahead of Saturday’s 2-0 win over Southampton, with Ozan Kabak, Naby Keita, James Milner and Ben Davies all ruled out through injury.

None of the four were back involved on Tuesday, with Alex Oxlade-Chamberlain not spotted either. 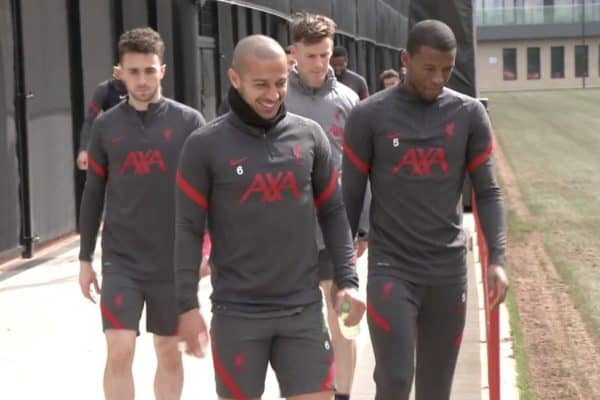