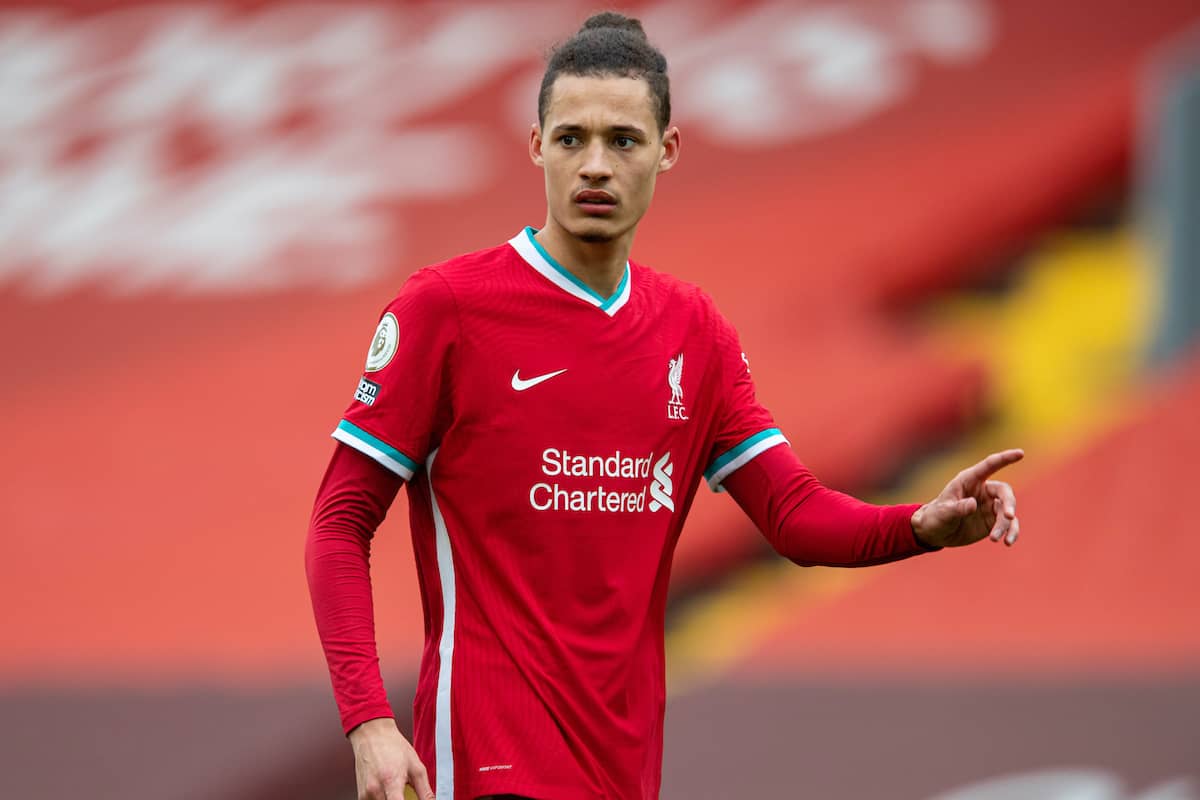 Rhys Williams starts for Liverpool tonight, as they look to capitalise on losses for Leicester and Tottenham by picking up three points in the top-four race.

Dropped points for both Leicester and Spurs have given the Reds renewed hope of booking a place in next season’s Champions League.

Southampton are the first of five opponents in the next 16 days, and Jurgen Klopp‘s side will be looking to pick up three points in a push for 15 before the end of the campaign.

Klopp has made three changes to the side that he intended to field in last weekend’s postponed clash at Man United, with Alisson one of those to keep his place.

Trent Alexander-Arnold, Rhys Williams, Nat Phillips and Andy Robertson make up the defence, shielded by Fabinho as he returns to the No. 6 role.

The Brazilian is joined by Thiago and Gini Wijnaldum, while Mohamed Salah, Sadio Mane and Diogo Jota start in attack.

Billy Koumetio, Ben Woodburn and Neco Williams are all on the substitutes’ bench, as Klopp turns to his reserves to fill out the squad. 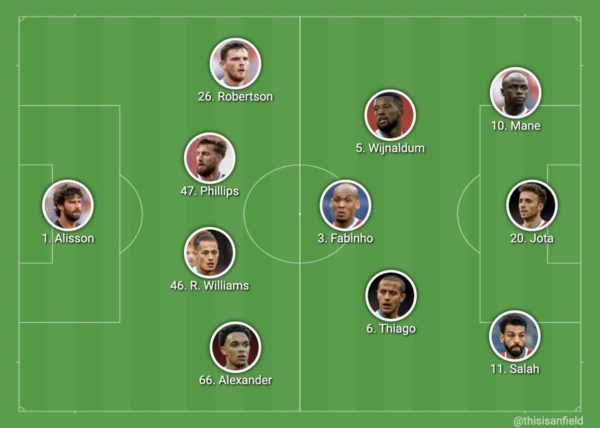