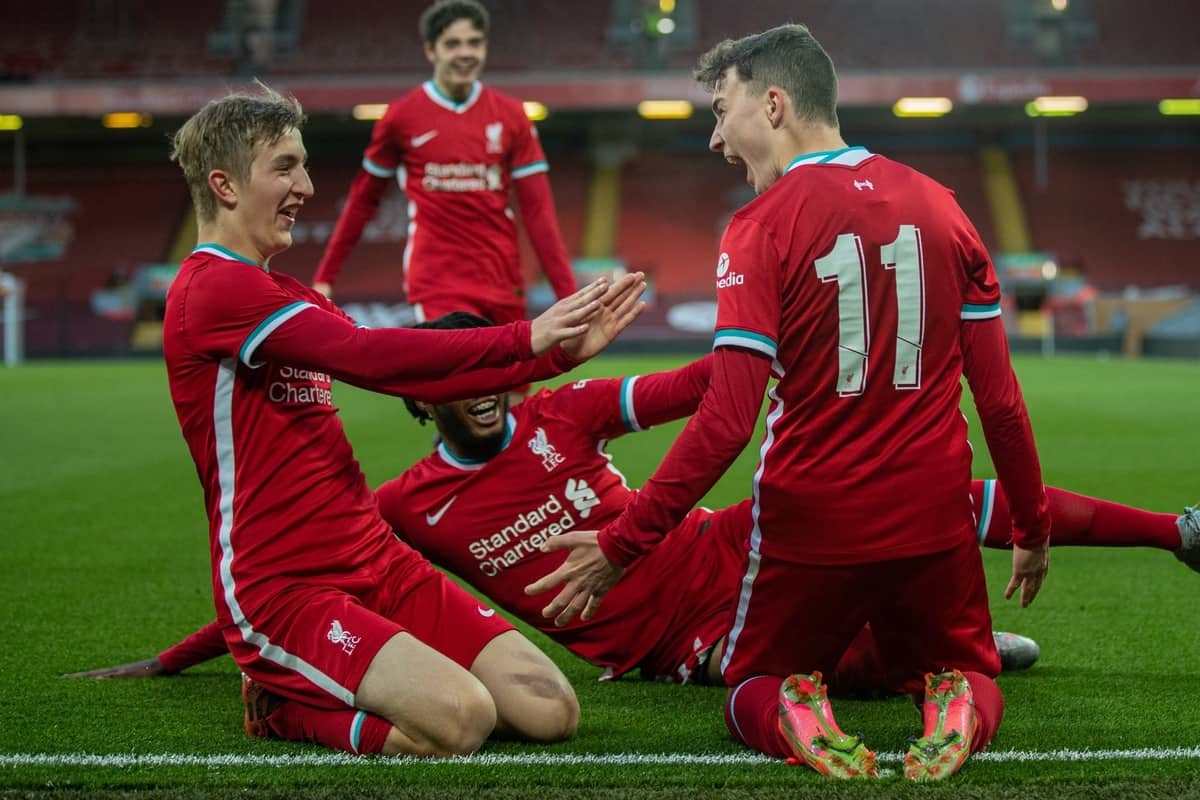 Liverpool will take on Aston Villa in the final of the FA Youth Cup, with home supporters expected to be present at Villa Park for the Monday night kickoff.

The under-18s have booked their place in a second FA Youth Cup final in three years, and will be looking to follow up their success in 2019 with another trophy lift.

Marc Bridge-Wilkinson’s youngsters will be the away side for the tie, in an uncanny repeat of the first team’s FA Cup third-round clash against Villa’s academy back in January.

The final will take place on Monday, May 24, the night after the senior campaign ends, with kick off set for 7.45ppm on BT Sport.

Bridge-Wilkinson should have a strong side to call upon, with Mateusz Musialowski, James Balagizi and Tyler Morton among those to have impressed in the previous rounds.

Jarell Quansah will captain the U18s, though Kaide Gordon will miss out having already represented Derby in the competition earlier in the season. 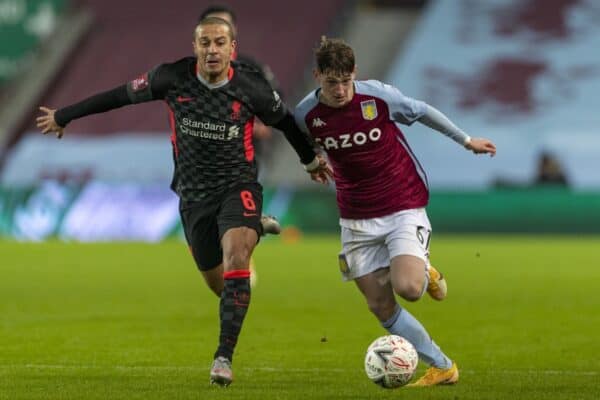 Villa are likely to call upon many of the players that featured in the 4-1 FA Cup loss to Liverpool at the start of the year, including striker Louie Barry and midfielder Carney Chukwuemeka.

Chukwuemeka has been linked with a move to Anfield in the past, while Barry came in for praise from Jurgen Klopp after scoring against the Reds’ first team.

Liverpool have won the FA Youth Cup four times in their history, with this week marking 25 years since their first triumph as a side including Jamie Carragher and Michael Owen overcame West Ham.

Five of the winning squad from 2019 have been given first-team exposure this season, with Rhys Williams, Neco Williams and Leighton Clarkson among those to start against Man City in the final.