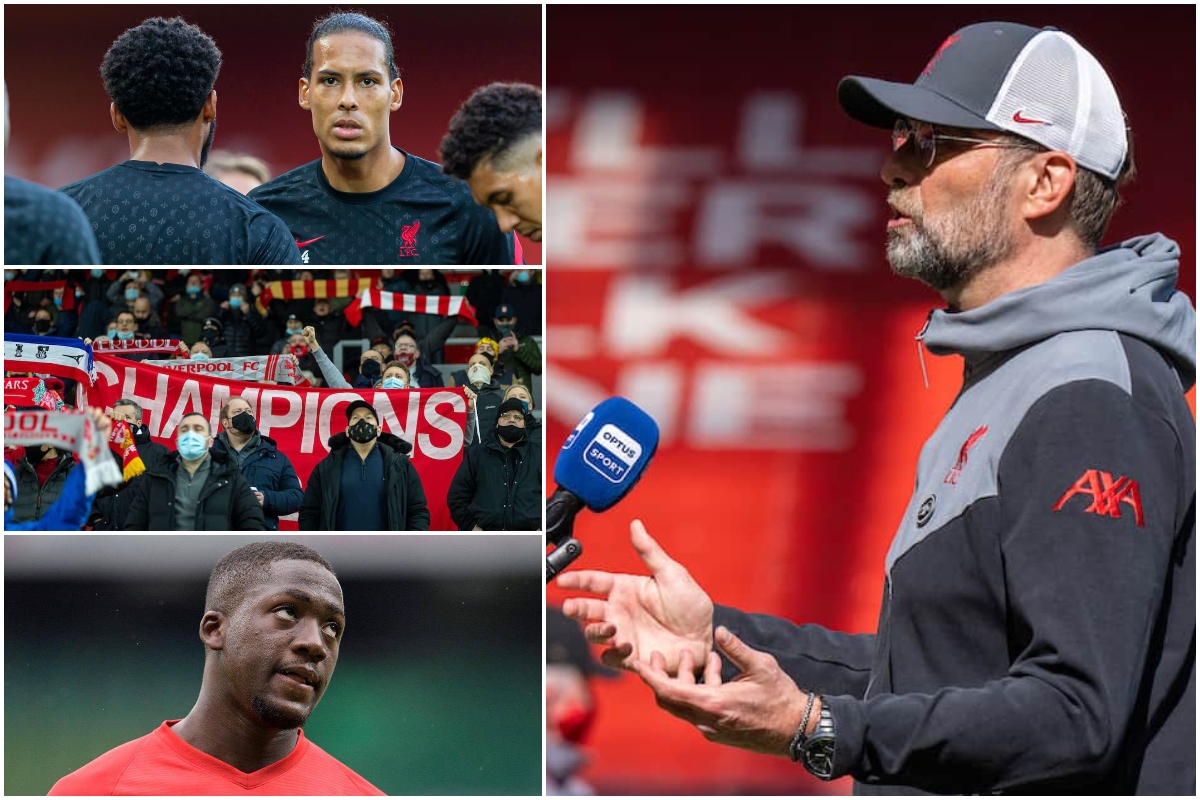 The season is nearing its end for Liverpool but there are still a number of loose ends to tie up and questions fans are sure to have on the tip of their tongue.

The Reds are currently experiencing a rare 14-day break between games without international exploits or winter breaks due to the postponement of the clash at Man United.

It has left Jurgen Klopp with the luxury of taking to the training pitches with his full contingent of players, an opportunity that will not have been lost on him.

The break comes before a busy run of five games in 21 days to close out the 2020/21 season, where there is still everything to play for.

And with fans on their way back, schedule changes, European football on the line and key players still working their way back to fitness, here are some of the questions Liverpool fans are asking.

How is European qualification shaping up?

Firstly, Liverpool are seven points off Chelsea (4th) and nine behind Leicester (3rd) with a game in hand.

Spots for the Champions League, Europa League and the newly formed Europa Conference League are hotly contested, with Tottenham and West Ham also firmly in the hunt.

A lot will rest on who wins the remaining cup competitions in the Champions League, Europa League and FA Cup and their corresponding final position in the table.

The only way a fourth-place finish would NOT guarantee Champions League football would be if both Chelsea and Arsenal finish outside the top four and win their respective European competitions.

A fifth-place finish would secure a Europa League spot as will sixth place dependent on the winner of the FA Cup, while it is expected that the qualifying place for the Conference League will be passed down to the team who finish in seventh.

At this stage, the Reds are on a trajectory for the new third-tier European competition.

When is the Man United game to take place? 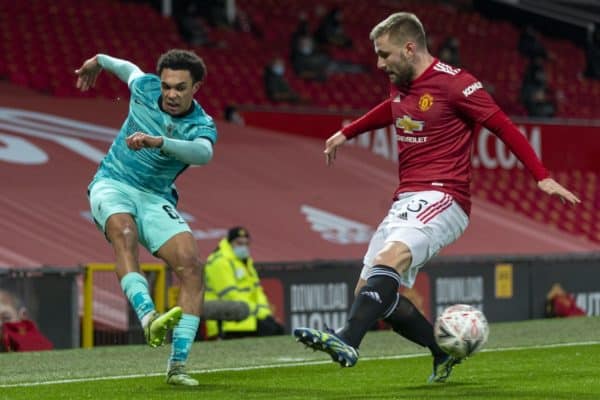 After a number of days without an update following a fan protest which postponed the original fixture, Liverpool’s trip to Man United is now to take place on Thursday May 13, with kickoff at 8.15pm (BST).

It remains at Old Trafford and now sits between the games against Southampton and West Brom, with the Reds to play three games in eight days.

The schedule is a lot tighter for United, who will play Aston Villa on May 9 and Leicester on May 11 before hosting Liverpool – meaning three games in five days.

And if you’re questioning when this season will finally come to a close, it is May 23.

Will we see Van Dijk again this season?

The most likely answer to that is no, unfortunately.

The hope had been that his recovery from an ACL would allow for a late appearance at the backend of the campaign, but Klopp explained at the start of the month that “He’s not in team training yet and will not be in the next weeks.”

It comes as the Euros draw closer, but while the Dutchman is building up his fitness and making big steps with dynamic running exercises, there can be no rushing the process.

There is only just over two weeks left in Liverpool’s campaign and with no under-23s games scheduled, match fitness will be expected to have to wait until pre-season and it would be a big risk to roll the dice for the Euros.

And the same could be said for Joe Gomez, Joel Matip and Jordan Henderson.

How many fans will return to stadiums?

The straightforward answer is up to 10,000 for the final two fixtures of the campaign – but no away fans will be granted access.

But for grounds with a capacity of less than 40,000, only 25 percent of the stadium can be occupied by fans – meaning the Reds’ match at Turf Moor should see under 6,000 fans present.

With the schedule shifted back to accommodate for the UK’s next step out of lockdown, all clubs will be able to welcome fans through the turnstiles.

For Liverpool, they will usher in 10,000 at Anfield on the final day against Crystal Palace in a welcome step back to normality.

When does the summer transfer window open?

The window will open for Premier League clubs on Wednesday June 9, 2021 and will run for a total of 12 weeks.

It will close on August 31 at 11pm, in line with the rest of Europe, which comes two weeks after the opening weekend of the 2021/22 season.

With the Euros starting on June 11, clubs are able to push through deals prior to the start of the tournament – unlike others in Europe who are to see their window open on July 1.

The Reds are expected to add Ibrahima Konate to the fold and are to be on the hunt for midfield and forward additions, while a number of players on the fringe could also be bid farewell.