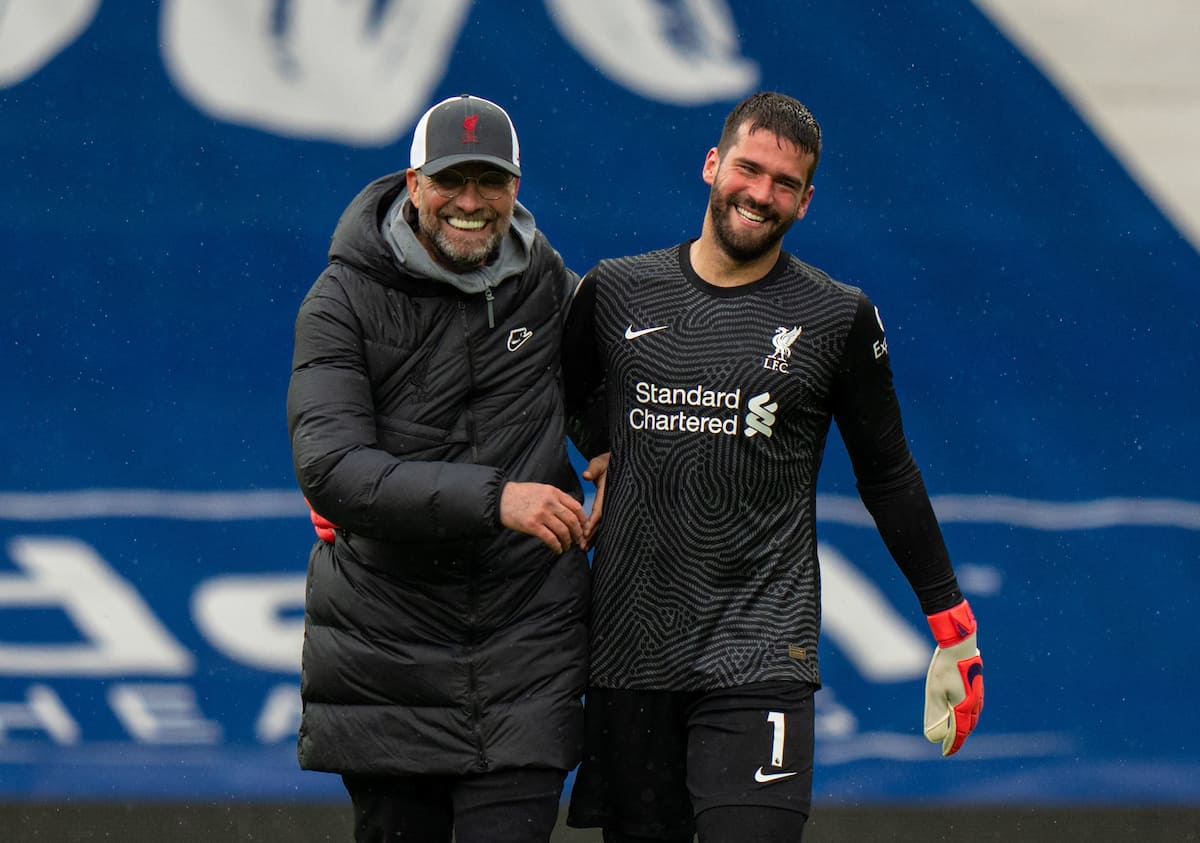 Liverpool’s constant second-half pressure looked like counting for nothing after Mohamed Salah cancelled out Hal Robson-Kanu’s opener before the break.

But Alisson became the first Liverpool keeper to score for the club and moved the fifth-placed Reds to within a point of Chelsea in fourth with two games left.

Klopp said: “If Olivier Giroud is scoring that everyone says it’s a world-class goal, with Alisson doing it we have to say the same.

“We created chances and it needed to come in the last second. What a goal, what a worldie and unbelievable goal, the technique was insane.

“It couldn’t have been a better moment, it’s just perfect for today. If he is never doing it again I’m fine, it’s a perfect moment.

“We didn’t have a lot of moments in this season so we shouldn’t take it for granted. My part of the goal is I didn’t shout to stay back.

“He went there and what a goal, it’s incredible we have already seen it 10 times back in the dressing room.

“He’s a wonderful person, funny, smart, thoughtful and intense in moments. He is just a great guy. It couldn’t have been for a better person after what he went through (losing his father).”

Albion took the lead after 15 minutes when Robson-Kanu wriggled onto Matheus Pereira’s pass to score his first top-flight goal since November 2017.

Salah levelled 18 minutes later as Albion were caught out by a quick free-kick after referee Mike Dean ordered a restart when he obstructed Fabinho.

Sadio Mane and Roberto Firmino combined on the edge of the area and Salah curled into the bottom corner.

Firmino hit the post two minutes later and Mane had a goal disallowed for offside soon after the break.

Liverpool’s pressure was relentless but they escaped with 20 minutes left when Kyle Bartley had a goal ruled out with Matt Phillips adjudged to be offside and interfering with play.

Alisson then thwarted Robson-Kanu before the visitors launched their late assault and Thiago and Alexander-Arnold fired off target.

Yet, just as it looked like the Reds’ top-four hopes were virtually over, Alisson came up to glance in Alexander-Arnold’s corner from six yards.