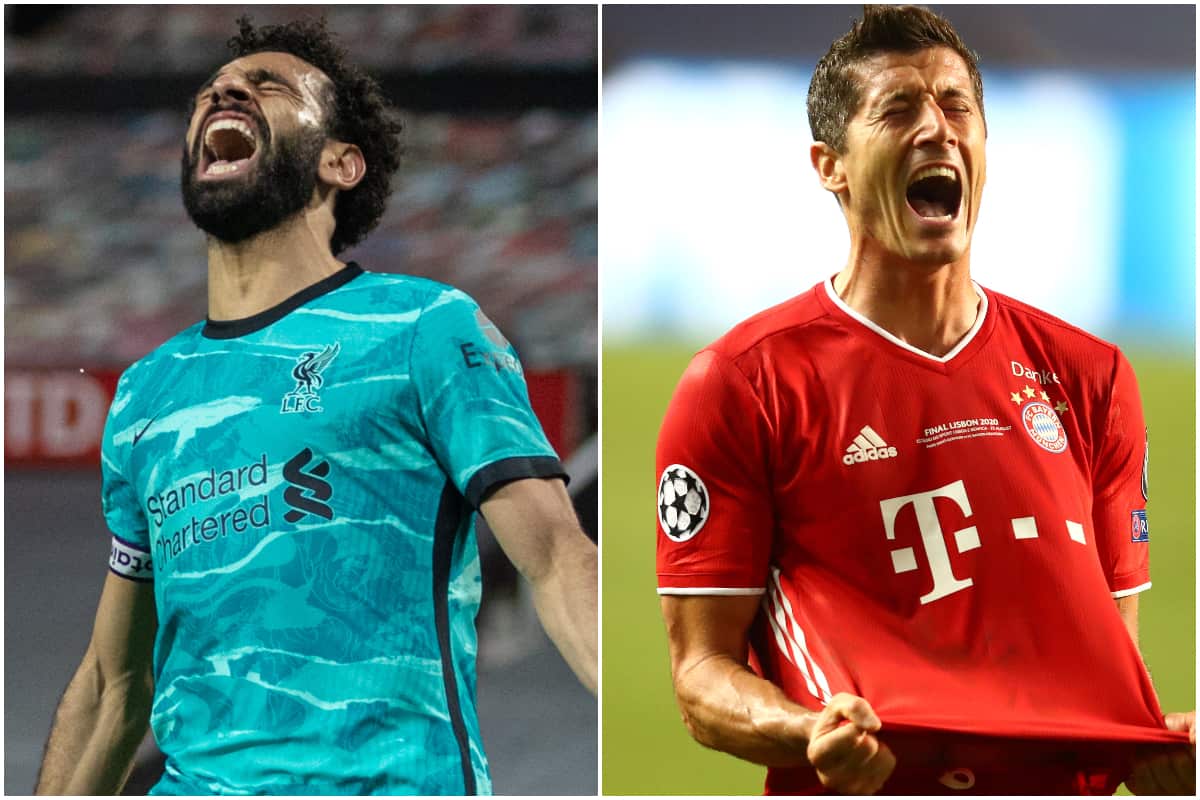 Jurgen Klopp has compared the development of Mohamed Salah at Liverpool to the way Robert Lewandowski emerged at Borussia Dortmund, hailing him as a “goalscoring machine.”

Salah made his 200th appearance for the Reds in Thursday’s 4-2 win at Man United, and in scoring the fourth goal of the evening he eclipsed Ian Rush’s tally from his first 200 games.

It is a remarkable achievement for the Egyptian, who has made a phenomenal impact since arriving from Roma in 2017, and he is undoubtedly one of the finest signings in the club’s history.

Asked where he ranks among the best buys of his managerial career, Klopp said Salah was “absolutely top,” comparing him to Lewandowski at Dortmund.

“You can sign a player but then we are all responsible, the player obviously and the coaches, to make it happen,” he explained.

“Let me say it like this, [there are] two players.

“There is one, that’s Robert Lewandowski, who I signed – OK, for a different amount of money (€4.5m from Lech Poznan in 2010) – who made an incredible development.

“From a different level, but incredible development.

“With Mo, from the guy who scores from time to time and is a really good football player, to this goalscoring machine, that’s a massive development.

“That’s a real role model. He deserves all that, absolutely.”

As Klopp notes, Salah’s step up from the player who scored 34 times in 83 games for Roma to one who has so far netted 124 in 200 for Liverpool is outstanding.

It is a testament to his attitude that he has been able to do so, which the manager clearly sees as similar to Lewandowski, who is considered another of the best professionals in the game.

Lewandowski was younger than Salah when he worked with Klopp, but it is the No. 11 whose record is slightly better – Dortmund’s old No. 9 scored 102 times in 186 appearances for the German.