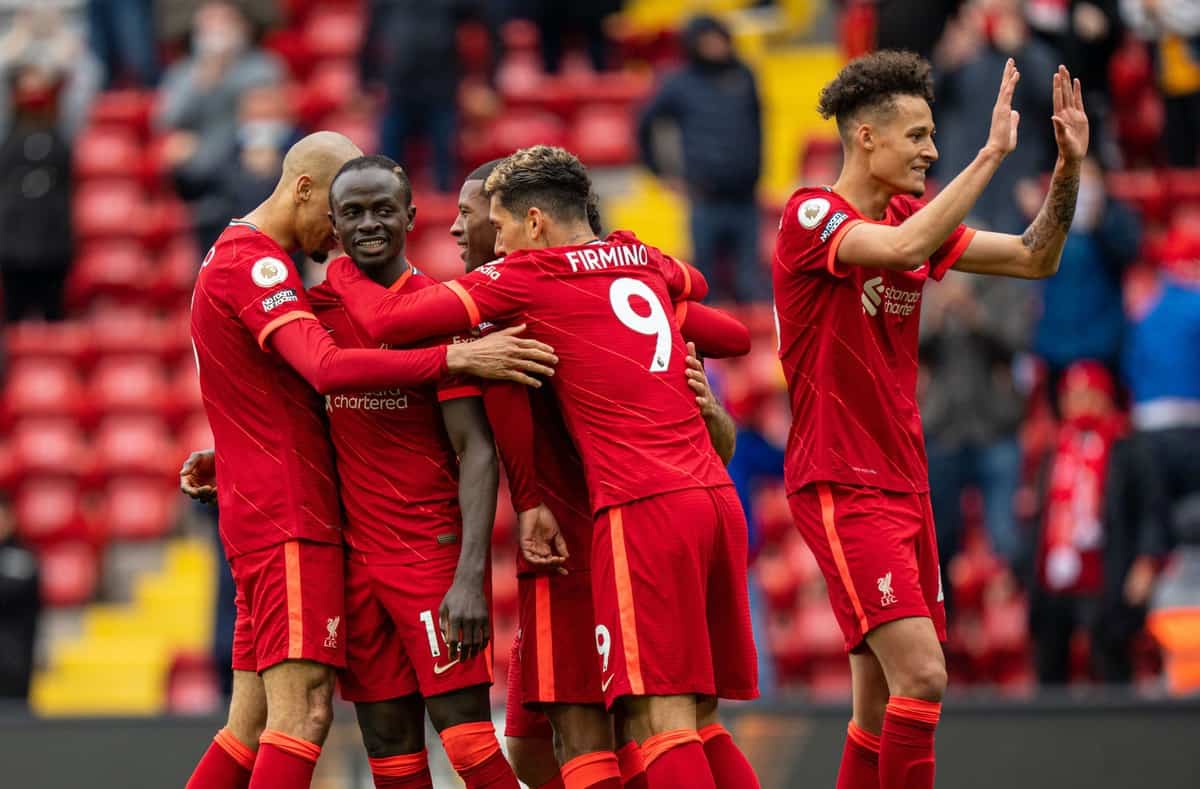 Liverpool coasted to a third-placed finish in the Premier League as Sadio Mane scored twice in a 2-0 victory over Crystal Palace, with Chelsea and Leicester losing elsewhere.

For the first time all season, Jurgen Klopp named an unchanged side for a must-win game, which saw Gini Wijnaldum captain the Reds on what is likely to be his final game for the club.

With 10,000 fans back in the stands it was a fine atmosphere at Anfield, but Palace began the game with the better chances, with Andros Townsend spurning a one-on-one after a mixup between the slow Nat Phillips and Rhys Williams.

At the other end, Williams wasted a huge chance as Andy Robertson‘s corner found him free in the box, with the centre-back only able to steer his header over the bar.

Sadio Mane was in inspired form in front of the returning crowd, and it was the No. 10 who opened the scoring after another Robertson corner was diverted into his path via Williams and Roberto Firmino.

Elsewhere, equalised Harry Kane equalised for Spurs and Bertrand Traore put Aston Villa ahead to shift Liverpool above Chelsea and Leicester into third heading into the break. 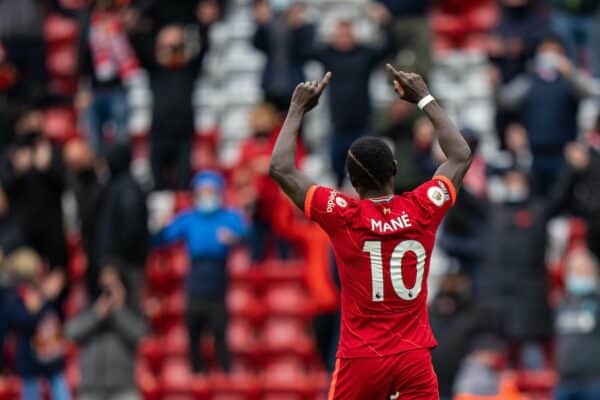 Liverpool remained on top after the break, with the emphasis being on control over a Palace side who did little to suggest they were desperate to mark Roy Hodgson’s farewell with a result.

Phillips and Williams, on their fifth consecutive start as a pairing, produced arguably their best performance together, with Wilfried Zaha looking distinctly average as he toiled up against Phillips in particular.

The second goal sealed it, with a brilliant counter led by Mohamed Salah eventually led to the Egyptian passing across to his fellow forward, allowing Mane to tee up his shot and fire home his 12th goal in 14 career appearances against Palace.

Klopp roared the Reds on from the touchline, with the magnitude of the situation made clear, and the two-goal lead paved the way for an emotional reception for Wijnaldum as he left the pitch and James Milner came on.

Incredibly, both Chelsea and Leicester eventually lost their games, which allowed Liverpool to leapfrog the Blues on the final day and finish third.

Despite it all, what an achievement from Klopp’s mentality monsters.

Sadio Mane’s chance creation the “important stuff” for LFC, not the misses

Klopp tips Thiago for success: “I love the way he plays”

Sadio Mane’s chance creation the “important stuff” for LFC, not the misses

Klopp tips Thiago for success: “I love the way he plays”