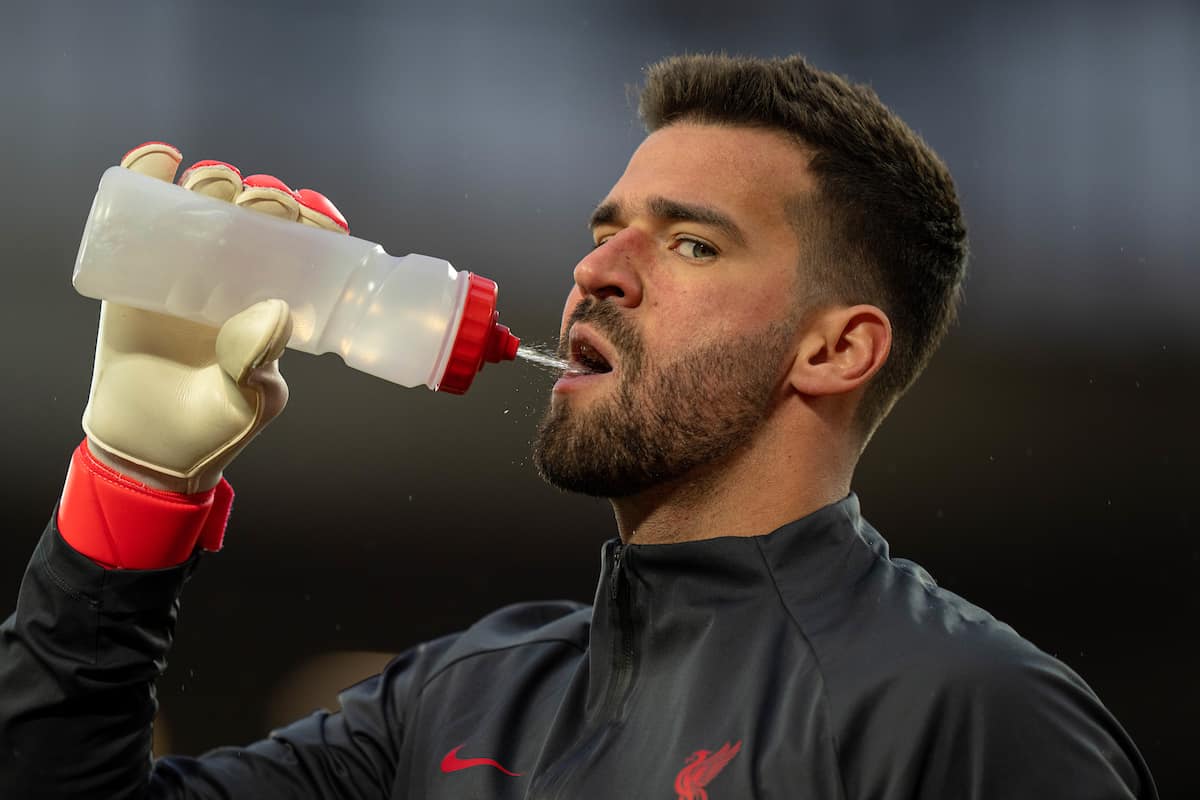 Alisson and Thiago both stood out in Liverpool’s 2-0 win over Southampton, as the Reds picked up a vital three points at Anfield.

Jurgen Klopp‘s side had the chance of capitalising on Leicester losing on Friday night, with Saints making the trip to Merseyside on Saturday night.

Sadio Mane gave the Reds the lead with a precise close-range header before half-time, but the visitors created chances at the other end.

The second half was a nervy affair, with doubts creeping in as the minutes ticked by, but Thiago fired home his first Reds goal in stoppage time. 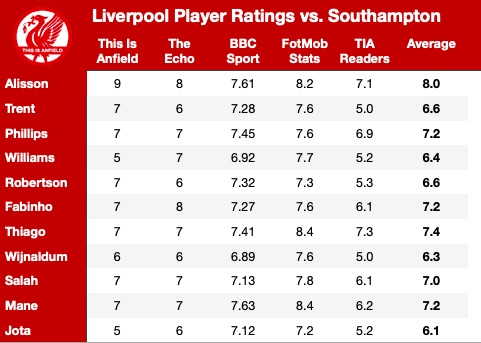 Alisson (8.0) earned the highest average rating for Liverpool, on a night when he outlined his importance to the Reds.

Barring one misplaced pass that played in Che Adams, the Brazilian was immaculate, making several crucial stops, including one just before Mane’s opener.

At TIA Towers, we believed Alisson “looks somewhere back to his best” again, having had some below-par outings this season, including a dreadful display against Man City.

Ian Doyle of the Echo hailed a “hard-earned clean sheet” for the goalkeeper, also praising “excellent interventions after the break.”

In second place was Thiago (7.4), who looks to be finding somewhere close to his best form after a tricky first year at Anfield.

The 30-year-old had a 93 percent pass completion rate against Saints, as pointed out by FotMob, as well as making a total of seven recoveries.

We felt Phillips was a “big aerial presence at the back” and Doyle said he “defended impressively” up against a lively attack.

Mane was deemed the Man of the Match by FotMob, who handed him an 8.4 rating, highlighting that he played three key passes.

Gini Wijnaldum (6.3) got the lowest average, on a night when he was solid more than spectacular, doing less than most of his teammates.