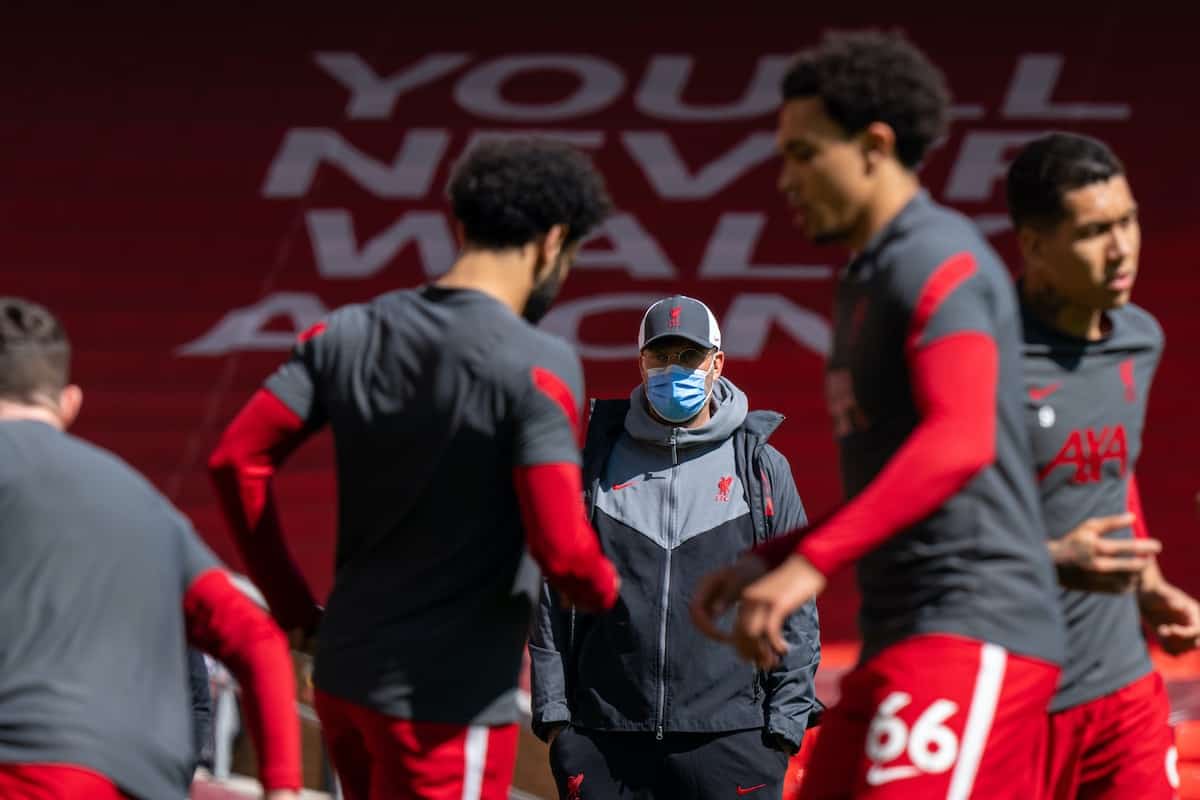 It’s the final month of action in season 2020/21 for Liverpool, where they face a defining five games in the race for European action.

The month of April was yet another full of frustration as an inability to put away chances and hold on to a winning position saw just two wins from six recorded.

It led to elimination from the Champions League and threw another spanner in the works when top-four looked back on the table, but now all focus must be on the final five matches.

After eight gruelling months, 2020/21 will soon come to a close but before then Jurgen Klopp‘s men must navigate five games in 21 days.

Here are Liverpool’s key dates for the diary in May.

The month all kicks off with a trip to Old Trafford, a ground the Reds have failed to emerge victorious from in their last eight visits.

Ole Gunnar Solskjaer’s side are the last side Liverpool are to face in the top half of the table, a team who have tasted defeat just once in their last 22 games.

It will be another test but one that needs to be passed if the Reds are to boost their chances of venturing to Europe next season.

It’s then back to Anfield to meet the Saints, a team who ended Liverpool’s nine-game unbeaten streak in all competitions at the turn of the year – it signalled the start of a slippery slope.

For Ralph Hasenhuttl’s team too considering, at the time of writing, they have won just two league games since their 1-0 win at St Mary’s.

The last three league games at Anfield see Liverpool with a 10-0 aggregate score.

Another team to have snatched points from Klopp’s men then await, and they could already be relegated at this juncture.

The Baggies picked up 25 points in 33 games, one of which kickstarted a torrid run of form on home soil and a win here is a must for the Reds.

Burnley, the team to end the 69-game Anfield league unbeaten run, will be expected to have 10,000 fans at Turf Moor for the penultimate game of the campaign – along with 500 Reds.

It’s proved a happy hunting ground of late, albeit not without drama, with Liverpool having won the last three by an aggregate score of 8-2.

A 10,000 crowd at Anfield will then await as the curtains close on what has been a season like no other with the visit of Crystal Palace.

Once a bogey team, the Reds have won the last seven in which the reverse fixture saw seven unanswered goals hit the Selhurst Park net – and let’s forget out scoring boots have not quite been the same since.

To end the campaign in front of a crowd will prove a monumental step forward and here’s hoping there is still something to fight for on the final day.

The Reds will sport their new Nike home kit for the final game of the season, with the 2021/22 kit being revealed earlier in the week.

And things to look out for 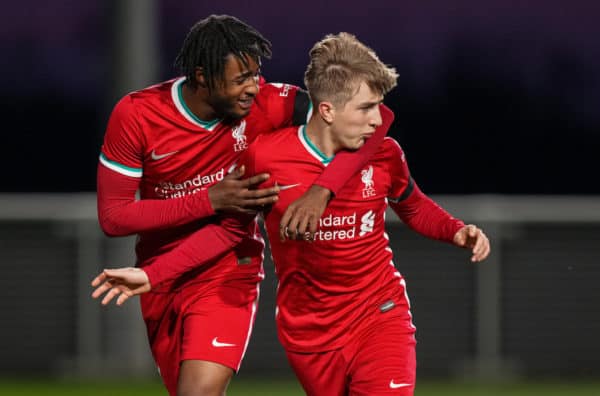