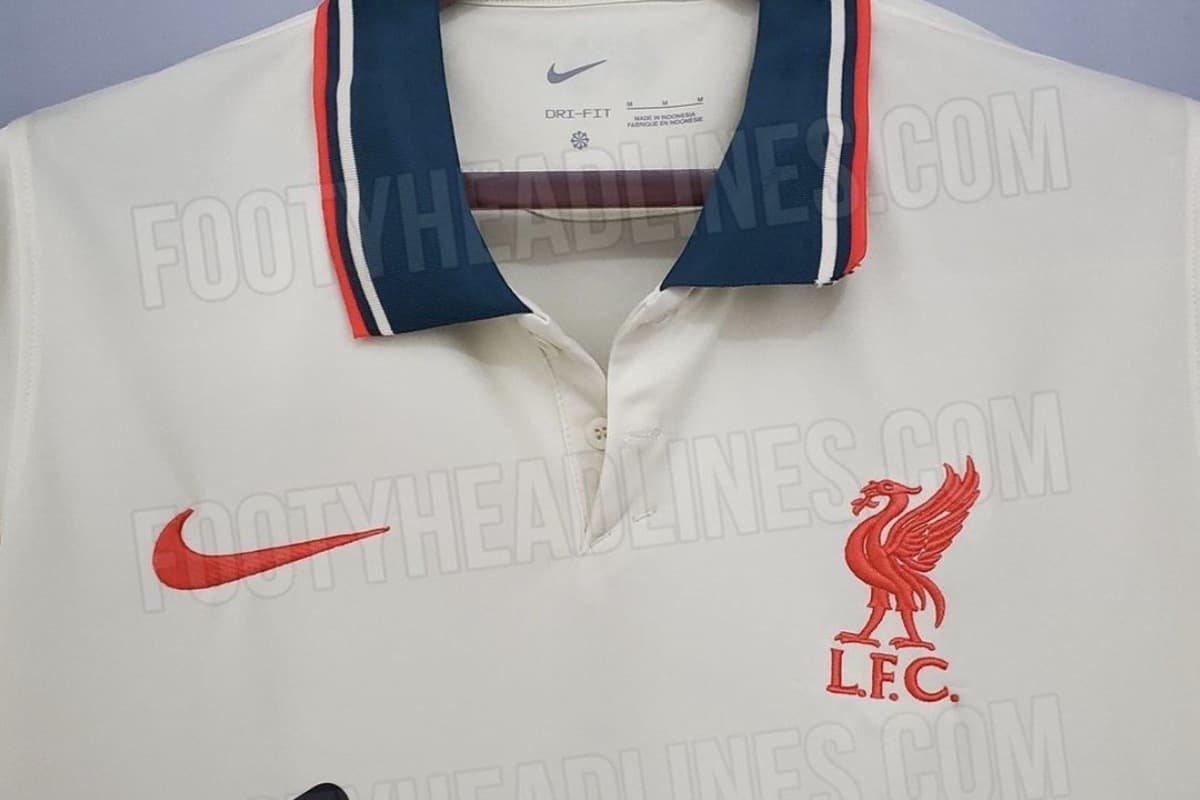 Liverpool’s away kit for the 2021/22 campaign has now leaked, with the Nike shirt a throwback to the ecru kit of the 1990s, featuring a polo neck collar.

The club are due to officially unveil their home kit for next season later this month, with Jurgen Klopp‘s side to debut Nike’s second offering against Crystal Palace on May 23.

Designs and colour schemes have already leaked for both the away and third kits, and now images have been uncovered showing the away shirt in full.

Courtesy of the reliable Footy Headlines, the away kit is predominantly ecru with red and black colouring for the badges and sponsors, along with a dark blue polo neck with red and ecru detailing.

It is a throwback to the Reebok away kit worn by Roy Evans’ Liverpool in 1996/97, which has become a cult classic among supporters.

Parallels have already been drawn between Roma’s home and away kits for 2020/21 and Liverpool’s for next season, with it appearing as though Nike have recycled their designs.

But both are arguably improved on this season, with the nod to the ’90s a welcome one, and the away kit should suit Jurgen Klopp‘s squad well.

To highlight this, designer @lfcdzn11 has already mocked up the leaked away kit on to Mohamed Salah:

Liverpool’s rumoured third kit will be yellow, with red, white and grey detailing, in a nod to Joe Fagan’s treble-winning side of 1983/84.

Fittingly, the Reds beat Roma at the Stadio Olimpico to clinch their fourth European Cup that season!