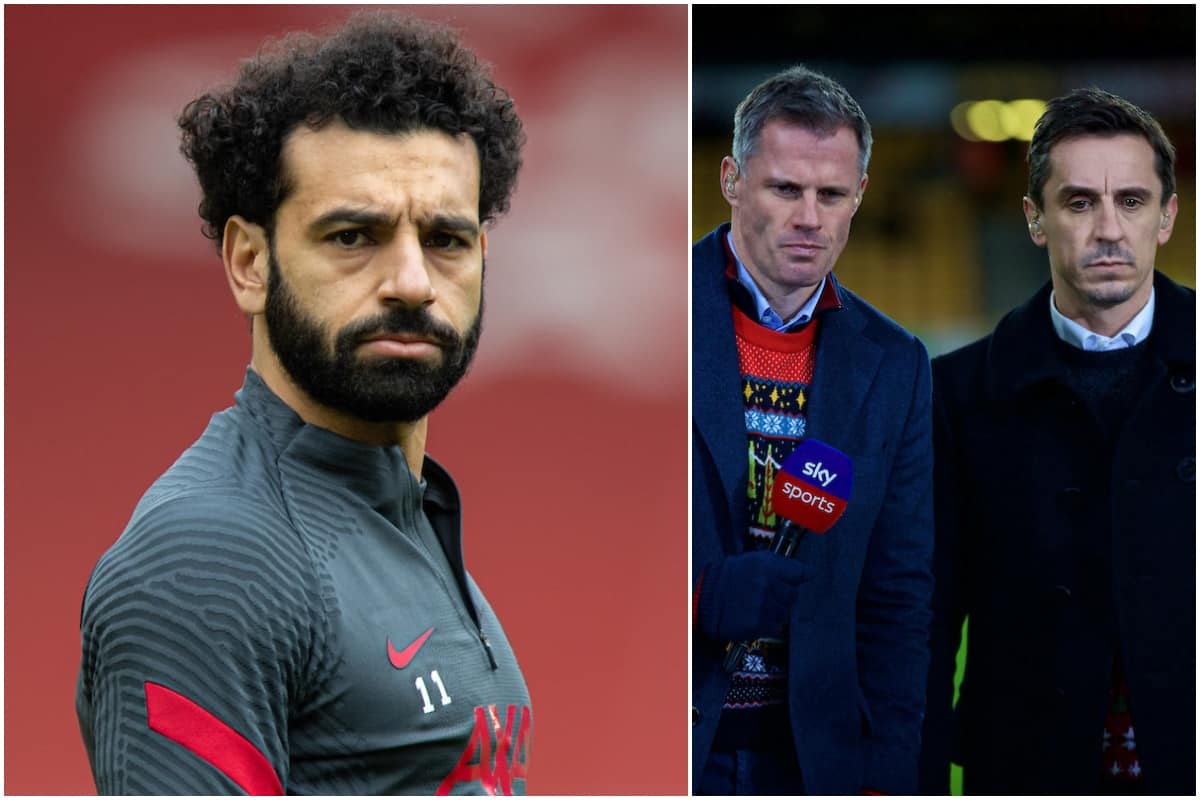 Mohamed Salah has eclipsed the 20-goal mark in the Premier League for the third time in four seasons and yet finds himself on the periphery of Team of the Year discussions.

It’s no secret that Liverpool have not been setting the footballing world on fire this season, tainting any individual player success in the bigger picture of 2020/21.

And Salah falls into that bracket having shouldered much of the goalscoring responsibility, netting more than double than the next best in Sadio Mane (14) across all competitions.

But the Egyptian’s success is shadowed this season and on the whole, he largely remains an underappreciated talent in the Premier League, overlooked in the PFA Team of the Year in the last two campaigns after being named in 2017/18.

The No. 11 is also to miss out again if Gary Neville and Jamie Carragher’s teams of the 2020/21 Premier League season are anything to go by as they both omitted him from their XIs. 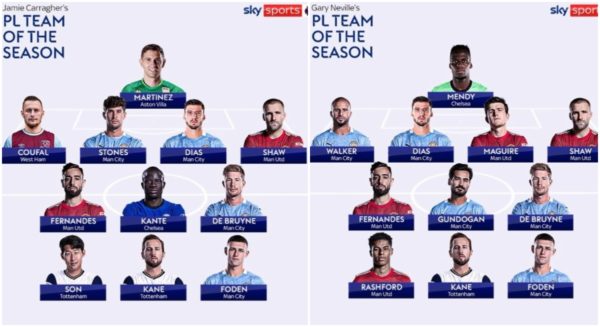 Both agreed Harry Kane and Phil Foden were to take two of the attacking spots in a 4-3-3 formation, with Neville opting for Marcus Rashford and Carragher Son Heung-min for their final spot.

“Obviously Salah takes penalties, but Kane is the penalty taker, so that’s the reason for Son.”

Son has 17 league goals for Tottenham this season and 10 assists as opposed to Salah’s 20 strikes and four assists.

The greater goal contribution and the fact that Salah has scored six from the penalty spot as opposed to Son’s one formed the basis of Carragher’s position, but it remained an unpopular one among Reds:

I will never understand the disrespect shown towards, Mo Salah.

How has he been overlooked for Son & Rashford? #MNF pic.twitter.com/qFWCwODjaR

The disrespect Salah gets in England is amazing !

In a shit season for Liverpool , he is the only one who has maintained his level somewhat and is running for the golden boot again .

Carra and Neville have a strange way of thinking . How Carra has 2 spurs in attack is weird! https://t.co/LPhQcF6PQy

Salah literally 2nd in the Golden Boot, 1 goal behind Kane. But not in Carra or Neville's TOTS pic.twitter.com/U7bmIAWrLP

Ever since Mohamed Salah’s 17/18 record breaking session, he’s not been nominated for any other award and doesn’t even make the team of the season for the next 3 seasons despite scoring 19+ PL goals per season.

I genuinely think that Salah is a victim of his own success. He was SO good in that first season that the media view all the seasons after as some sort of "failure".

How does salah not get into either team he’s scored 20 goals this season in such a poor Liverpool team and carried us for the majority of the season the disrespect he gets is ridiculous puts up 20+ goals a season and contributes so much to this team he deserves to be in toty? pic.twitter.com/3U6zjNBQRU

If Salah isn’t in the PFA TOTY this season he will go down as the most underrated player in the PFA. He’s been robbed too many times

Mo Salah will go down as the best winger who was also the most disrespected player in the league.

There is certainly an argument that Salah’s record-breaking first season has tinted his further success, despite having more than proved he is no one-season wonder.

Carragher’s justification for his decision is a fair one on numbers alone and many Reds would not be opposed to seeing Son ply his trade at Anfield.

On the other hand, Salah is a player who is second in the race for the Golden Boot by only one goal and continues to set goalscoring records for Liverpool on the regular and is clear front runner for the Reds’ Player of the Season.