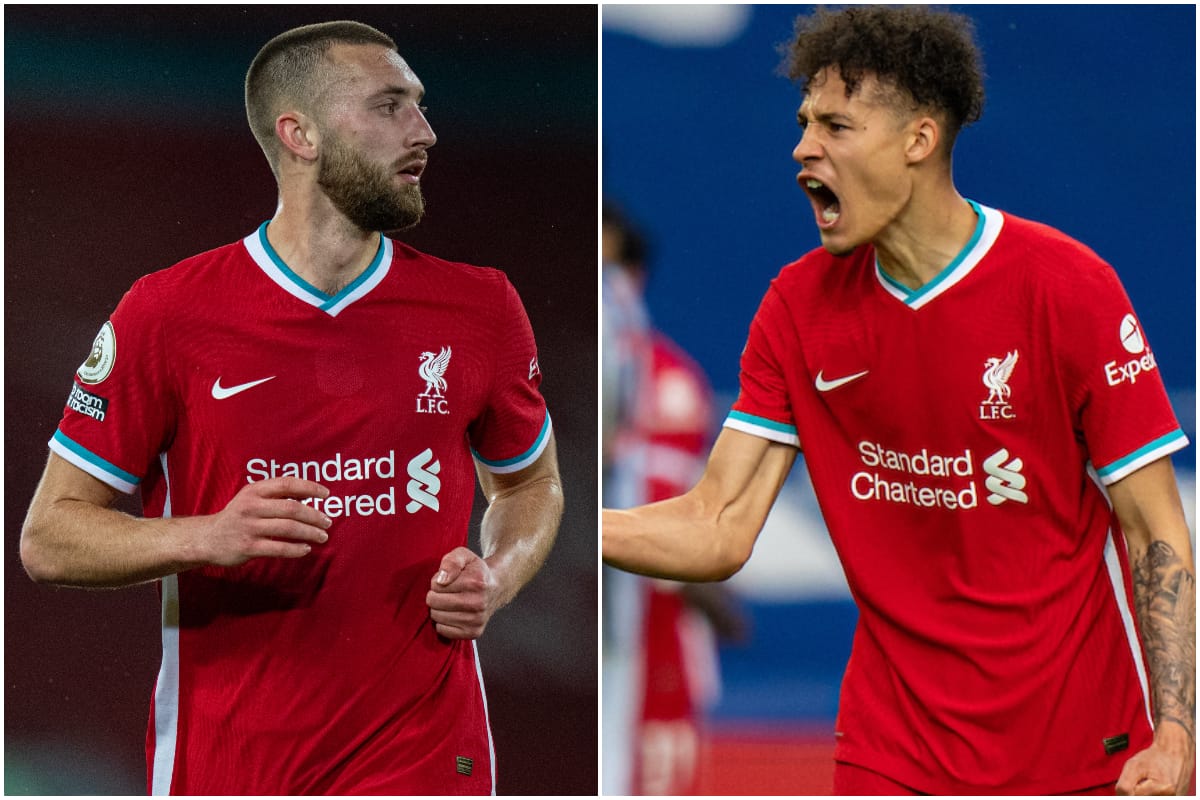 Andy Robertson has explained his role in the adaptation of Nat Phillips and Rhys Williams, admitting they are in a tough situation and are “probably fed up” of his voice.

Of Liverpool’s regular defenders, no player has featured alongside Phillips or Williams more often at senior level than Robertson – the one constant in this turbulent campaign.

The Scot has clocked more minutes than any other Reds player this season (4,139), having started every game in the Premier League and eight out of 10 in the Champions League.

With Klopp’s back line settled for the rest of the season, Robertson is the most experienced of the quartet, and as Scotland captain possesses the leadership required to help coach Phillips and Williams through games.

“Credit to them, they’re still learning and they’ve been thrown into games where we must win,” he told LFCTV after Sunday’s 2-1 win at West Brom.

“Ali behind him and Trent as well – still young but more experienced – we’re trying to help them and they’re doing fantastically well.

“They’re going above and beyond what people probably expected, apart from the people in the training ground.

“We know how good these lads are, they need time to still develop but they’re incredible players. Long may it continue that they keep putting in performances like they are.”

The left-back noted how both Phillips and Williams struggled early on against the Baggies, with the pair culpable as Hal Robson-Kanu stole a 15th-minute opener, with a later mixup almost handing the Welshman another.

It is not the first time they have shown their inexperience, with Phillips flawed in the opening stages of the 4-2 win at Man United, but Robertson has praised the 24-year-old as “different class.”

“The big man’s been different class this season since he’s come in,” he continued.

“Obviously at the start of the season he wasn’t even in the Champions League squad, nobody knew what his future was going to hold.

“He stayed about, he’s been training unbelievably, he’s been taking advice off everyone and he’s been putting in the performances.

“We need two other big performances from him, then he can rest and maybe have a beer at the end of the season. I’ll probably buy him his first one, the amount I’ve been on at him!

“But we need two more big performances, then they can enjoy their holidays.”