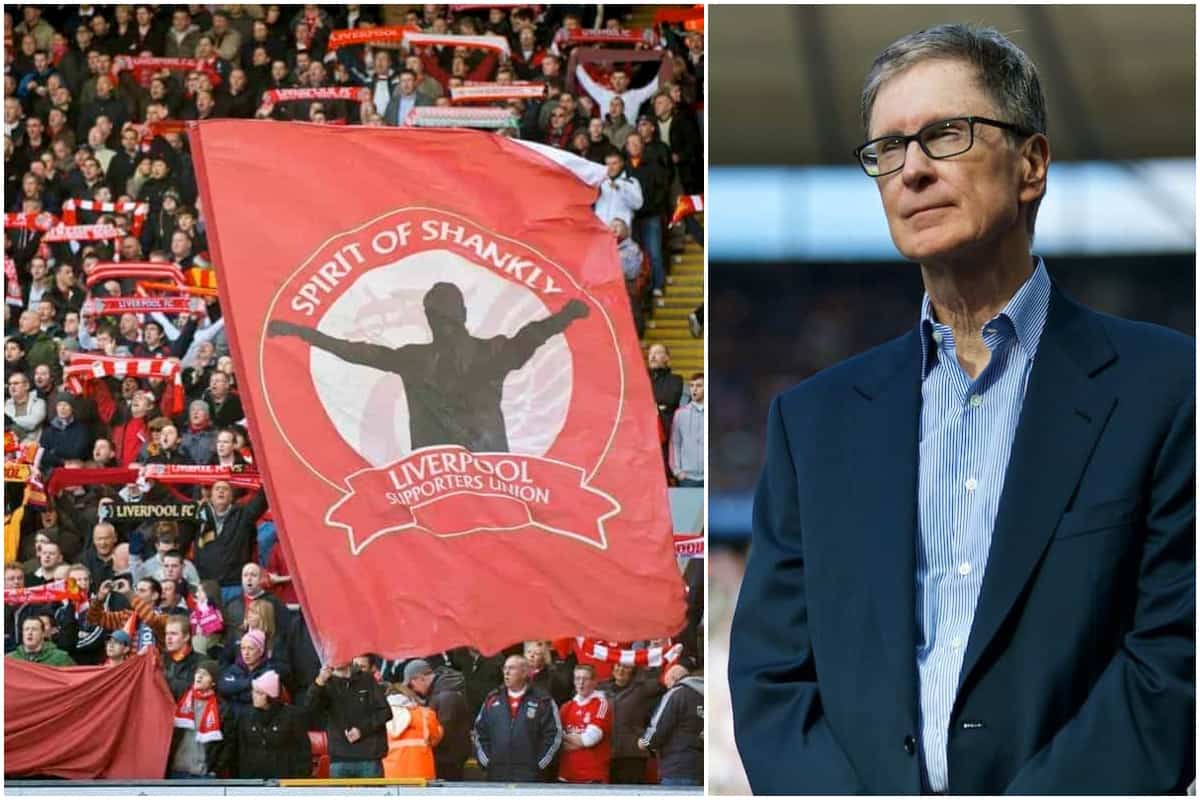 The chairman of the Liverpool supporters union has praised the club for accepting the responsibility to make groundbreaking changes to not just the club but football across the country.

It was announced on Thursday that a supporters board is to be established and written into the club’s regulations, therefore making it a legally binding agreement.

The significance of that move from owners Fenway Sports Group cannot be understated.

Speaking to This Is Anfield, Spirit of Shankly chair Joe Blott explained: “Could we stop the ESL happening again? Yes, we could.

“We have a full agreement with the club and supporters trust, a contractual arrangement. It will be fan-led, not club-led.”

Blott explains how SOS put down a challenge to Liverpool’s hierarchy to embrace “a groundbreaking opportunity to change football for good” – something that they’ve now taken on.

“This was a once in a lifetime opportunity,” explains Blott.

“These mistakes shouldn’t happen again, because they will be legally bound to consult with us (the fans). If they didn’t consult, then we could take them for an injunction.”

Liverpool’s engagement with fans on a local level is actually among the best in the country, and was recently signposted as such by the Football Supporters Association prior to the Super League fiasco.

“[Previously] we had good relationships with the club at all levels, by and large our relationship was positive. The ESL damaged that significantly but for us this was ‘let’s do something positive’ out of this.

“The club felt the same way, so we met with them over four weeks, with the club hierarchy.

“We set Liverpool the challenge to be trailblazers, saying ‘you need to do something different, you need to show leadership about how fan engagement can be a real positive’. Not only at the football club but across the English game, and Europe as well. 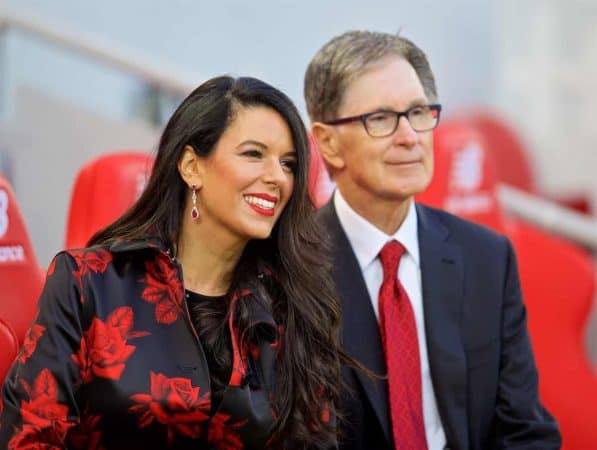 “We think that we have a number of principles that we support, that will be going out to members to vote on those principles.

“If we have those principles in place I think we have a far stronger engagement strategy with the club than before.”

News of a formal, contractual recognition agreement is far more than a token gesture, and Blott also explained how FSG, not LFC, will harbour any costs associated with the ESL pursuit:

“The ESL debacle cost Liverpool a lot of money and we felt it was important that the club didn’t bear the brunt of that. We have an agreement that FSG will fully fund that.

“We think on the table is a really good deal. We think it’s groundbreaking, incredibly positive, gives us a right to veto when we need to.

“More than anything it gives fan a really true and proper voice.”

Blott was speaking at the opening of a new Fans Supporting Foodbanks food pantry in Toxteth, which SOS have funded and will seek to feed up to 600 people per week.

“There’s two strange really to a supporters trust,” explained Blott.”The first one is to work with the club and represent fans on those issues.

“And we take the local community extremely seriously. we’re living a society where there’s so much poverty, child poverty is exponentially growing in the city. And all the other aspects that are vitally important, we take that responsibly.”

SOS members will vote on the principles agreed with Liverpool FC next week and Blott explained how membership has doubled in recent weeks:

“It is incredibly positive. It’s up to us now as the management committee to have the voice that fans want us to have.”

* You can join the Spirit of Shankly, here.