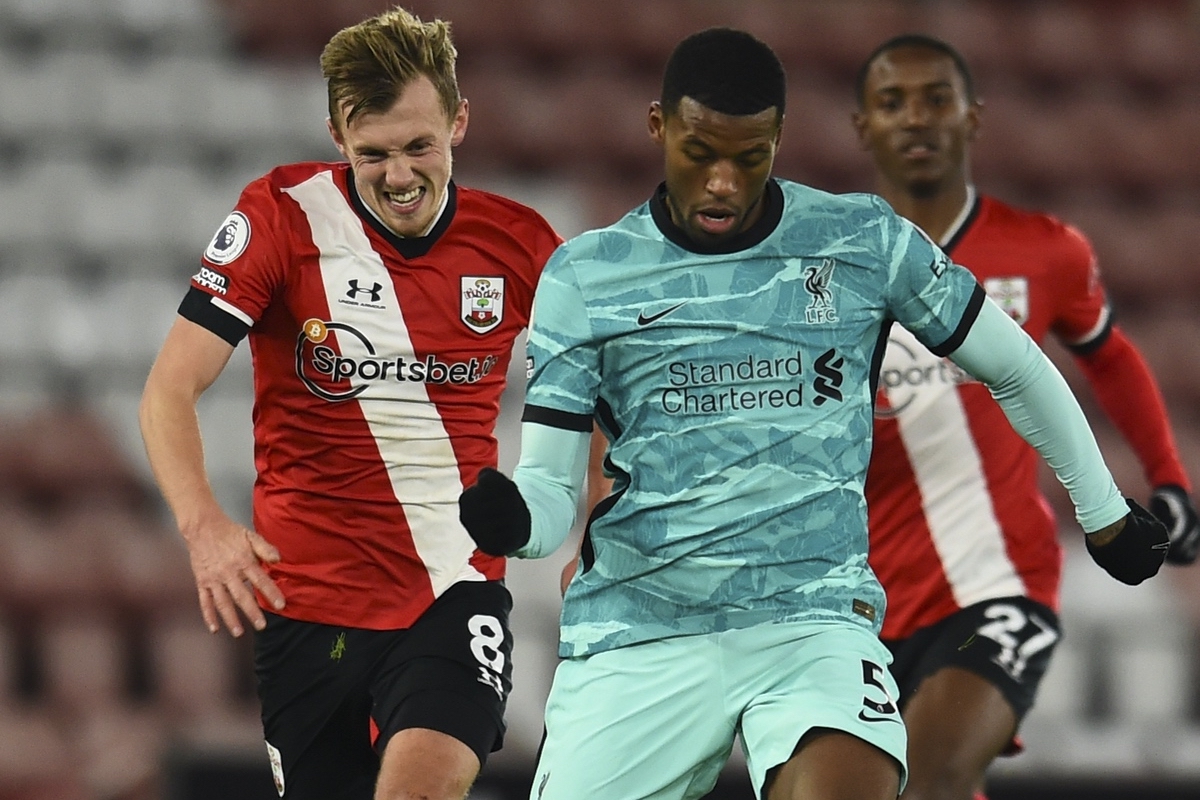 Jurgen Klopp is well aware that Liverpool’s top-four hopes could already be over, but fail to beat Southampton on Saturday and it will be all but official.

Last season, the prospect of not seeing the Reds in action for a fortnight felt like torture – now it almost feels like a blessing.

It has been two weeks since Klopp’s men ruined our weekends with that insipid showing against Newcastle, with Joe Willock’s stoppage-time equaliser a microcosm of Liverpool’s season.

Now Saints head to Anfield looking to be the latest mediocre team to heap home misery on the Premier League champions, but they have experienced struggles of their own in 2020/21.

Having topped the table back in November, their form has nosedived in the six months since, have to settle for 15th place currently.

Like Liverpool, injuries have hampered them, and the ‘Alpine Klopp’ Ralph Hasenhuttl finds himself battling to save his job.

This might be a game that neutrals avoid, which is a sad indictment of what’s happened to Liverpool since sealing title glory last summer. 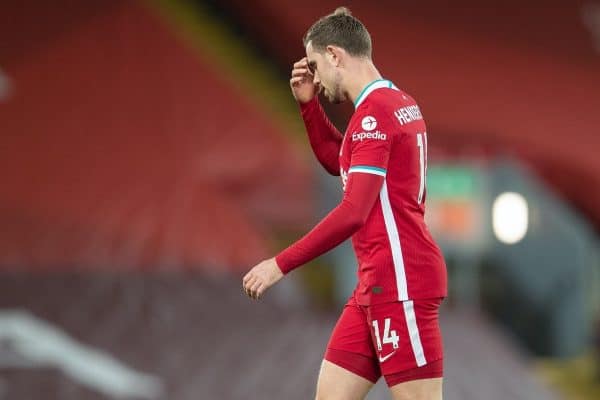 Klopp doesn’t have any new injury problems to worry about, which has been a depressingly rare occurrence this season.

Virgil van Dijk, Joe Gomez and Joel Matip are all making encouraging progress from their respective issues, but there is no chance of them playing again in 2020/21.

Nat Phillips is fit again after not featuring since the 0-0 draw at home to Real Madrid, meaning he could return to the starting lineup, as he did initially at Man United.

That would allow Fabinho to go back into midfield, with Liverpool such a different team when the Brazilian is in his strongest role.

Jordan Henderson‘s return is still some way off, so Thiago, Gini Wijnaldum, James Milner, Naby Keita and Curtis Jones will vie for a starting berth.

Klopp decided to start all four of Mohamed Salah, Sadio Mane, Roberto Firmino and Diogo Jota against Newcastle, but it was a decision that ultimately backfired.

Jota was dropped from the starting lineup that was due to face United, so it will be interesting to see if the manager sticks to that.

Jannik Vestergaard is available for Southampton after having his harsh red card against Leicester overturned, but Ryan Bertrand, Oriol Romeu and Will Smallbone are all out.

Meanwhile, Danny Ings is missing against his former club and Takumi Minamino is ineligible.

Last 5 at Home to Southampton (All Competitions)

Liverpool may have had a host of players under-performing this season, but Salah has surely been the Reds’ Player of the Year.

While the 28-year-old hasn’t been completely blameless, in terms of wasteful finishing, his tally of 29 goals in 46 matches is outstanding.

To put that into perspective, Salah only scored 23 in 48 appearances in the whole of Liverpool’s title-winning season – there are still four matches to play this time around.

Few players in the club’s history have been more underrated than the Egyptian King, in terms of some Reds fans, rival supporters and the watching media. 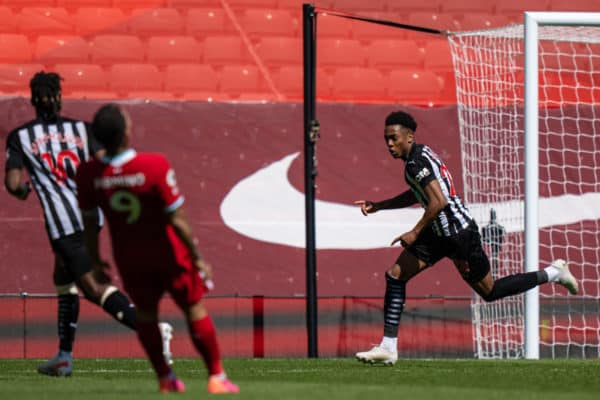 Speaking in his pre-match press conference, Klopp stressed the importance of being “unpredictable” against Southampton:

“You have to be from time to time unpredictable, that’s really important.

“You have to be cheeky as well, that’s really important, brave.

“You have to be ready for their counter-press, if they lose the ball they go with all they have to win it back.

“We know how that works, we try to do that ourselves from time to time, but there is no perfect thing in football.” 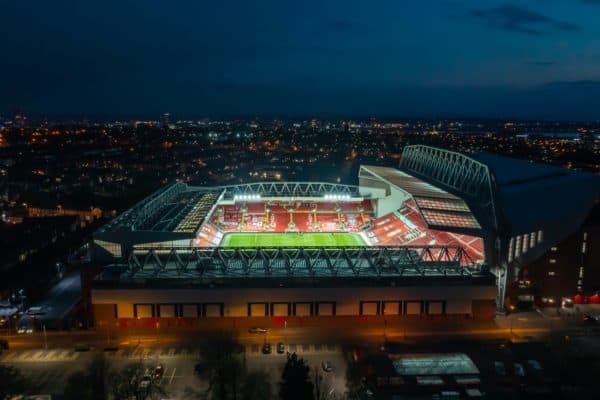 Liverpool vs. Southampton is an 8.15pm kickoff and is live in the UK on Sky Sports Main Event and Sky Sports . Coverage gets underway at 7.45pm.

Henry Jackson is in charge of This Is Anfield’s matchday liveblog from 7.30pm, aiming to keep you entertained in nice, biased fashion here.