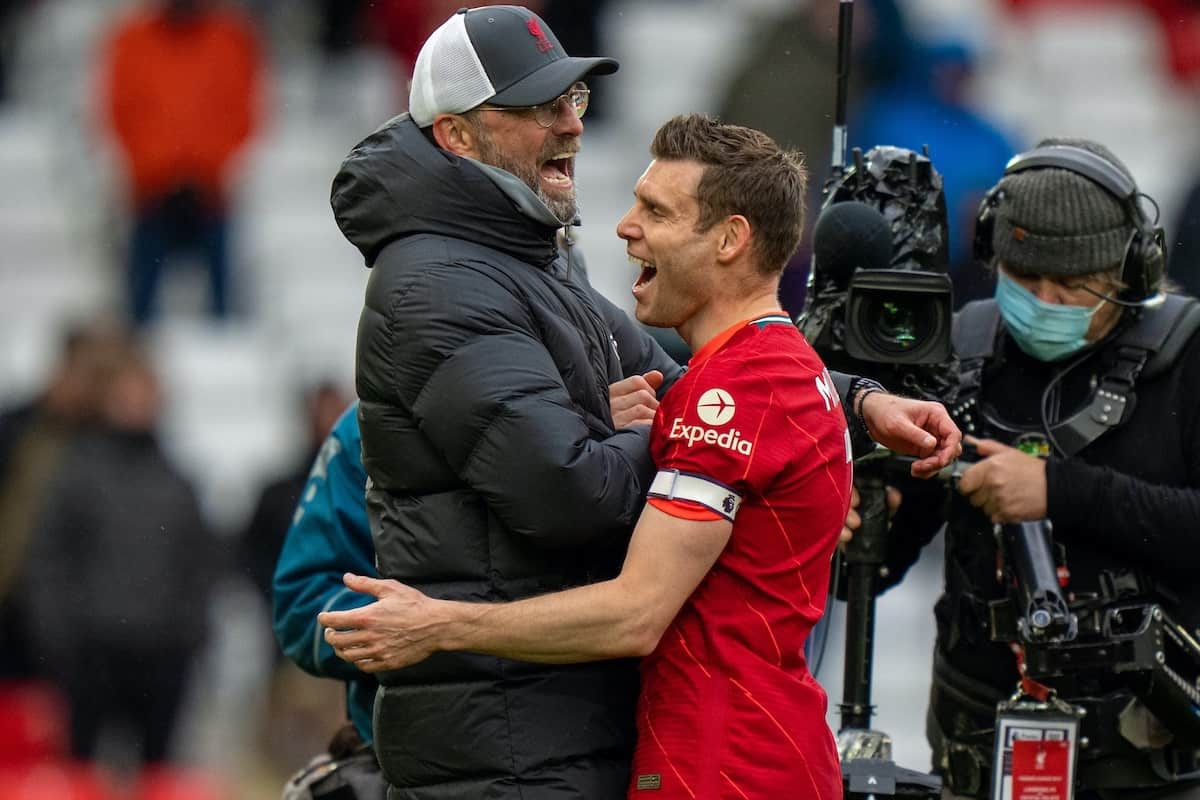 There can be no doubt over where James Milner will finish in the annual lactate test as he heads into his 20th pre-season with an incredible level of fitness once more.

At 35 you could forgive Milner for slowing down a touch, especially as he gears up for his 20th pre-season as a professional.

But that’s just not the case and he remains untouchable in the fitness stakes, as while others may have their feet kicked back this summer Milner is keeping his moving.

Liverpool’s No. 7 had a few fitness issues last season but his training update on social media shows no signs of any hiccups thus far as he shared the incredible time for his 8.5-kilometre run.

The various splits accumulate to 34 minutes, which is an average of a kilometre every 4.25 minutes. Talk about impressive!

It left Andy Robertson to insist he was “definitely on a bike” while Daniel Sturridge rightly handed him the tag “machine.”

They’re certainly numbers that will put others to shame and he’s a shoo-in to top the lactate rankings, that measures aerobic endurance, when the Reds return to pre-season on July 12.

And as one would expect, fans had a lot to say when Milner revealed his insane numbers:

Surely you can get the bike to go quicker than a mile every 7 minutes? ??

Are u even human?

The man just ran almost 5 and a half miles in 34 minutes.. I don’t think people realise just how crazy that actually is?? https://t.co/r6prWcsVzl

This man is 10 years my senior and my numbers aren’t even close to his ? https://t.co/b2byBMHR0T

James Milner gearing up to defend his title as pre-season lactate test champion for a seventh successive year. Can any of his team-mates get close to stealing his undisputed crown? https://t.co/CTZQlGahcQ

With another important and taxing season ahead, Milner will be readily called upon once more by Jurgen Klopp in both midfield and most likely at full-back.

He has averaged 39 appearances across the last three seasons and his experience and obvious fitness prowess will no doubt come in handy as Liverpool navigate 2021/22.