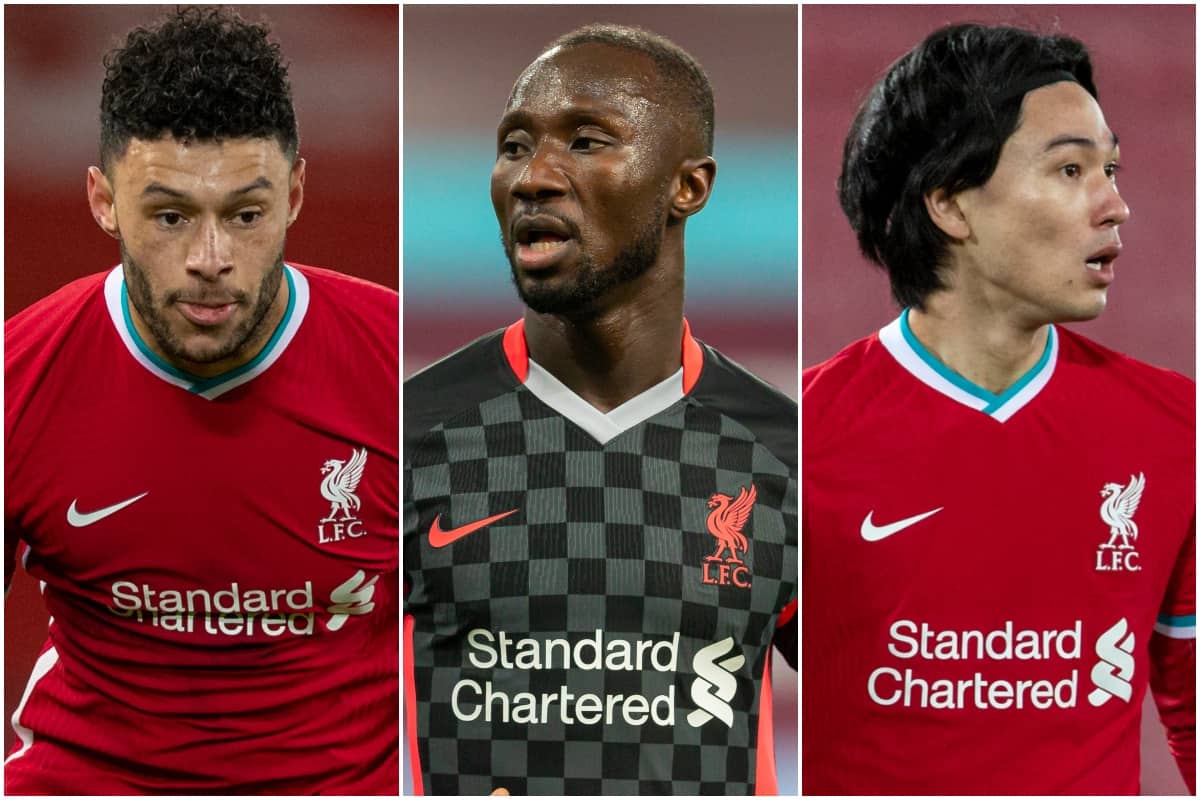 Liverpool fans are seemingly in favour of a big change within the squad ranks, with the futures of Alex Oxlade-Chamberlain and Naby Keita among those up for debate.

The Reds are hoping to raise funds with a number of sales in the transfer window this summer, as Jurgen Klopp seeks reinforcements and fresh blood.

But in the wake of the COVID-19 pandemic, it remains to be seen whether the club will be able to find buyers at the price tags set, with Marko Grujic and Harry Wilson both valued at around £15 million.

There could be other departures, however, including players who featured as part of Klopp’s regular matchday squad last season.

Oxlade-Chamberlain and Keita are among those, while the futures of Divock Origi, Xherdan Shaqiri and Takumi Minamino are also in doubt, having struggled to make a lasting impact.

In This Is Anfield’s ‘Keep or Sell?’ survey, fans were queried on the futures of 13 fringe players – with mixed results.

Of the five high-profile names mentioned, Oxlade-Chamberlain was the only player to receive a majority vote in favour of keeping him at Anfield, with 55 percent (3,279 votes) wanting him to stay.

Both reported as being up for sale, Origi and Shaqiri were dealt an emphatic response as supporters back their departures.

There is more scope for debate when it comes to the remaining pair, but both Minamino and Keita have seen their stock fall over the past 12 months.

Minamino spent the second half of last season on loan at Southampton, and 60 percent (3,566 votes) would welcome a permanent exit, while Keita’s injury issues have seen 64 percent (3,847 votes) lose faith.

“He hasn’t been fit for three seasons now. His fitness issues are not going to be resolved magically and he’s contributing £120k a week to our wage bill,” one comment said of Keita.

“If we get anywhere near £25m take the money and run. Truth be told, this is our biggest transfer failure since Carroll.”

It is unlikely that all five will be sold this summer, and it is arguable that Minamino and Keita should be given a chance to prove themselves along with Oxlade-Chamberlain, while Shaqiri is a proven game-changer despite his minimal role.

“We don’t really have many creative No. 10 types, so he’s a different option that I’d like to have on the bench,” one fan wrote of Shaqiri.

“But we underutilise him and there’s no point in paying him wages if we could recycle him to go towards someone we need – he’s also getting towards being a little long in the tooth as a saleable asset if we don’t sell now.”

The writing seems to be on the wall for Origi, though, with it widely reported that he will be available at the right price – but as it stands, there is no claim of concrete interest.