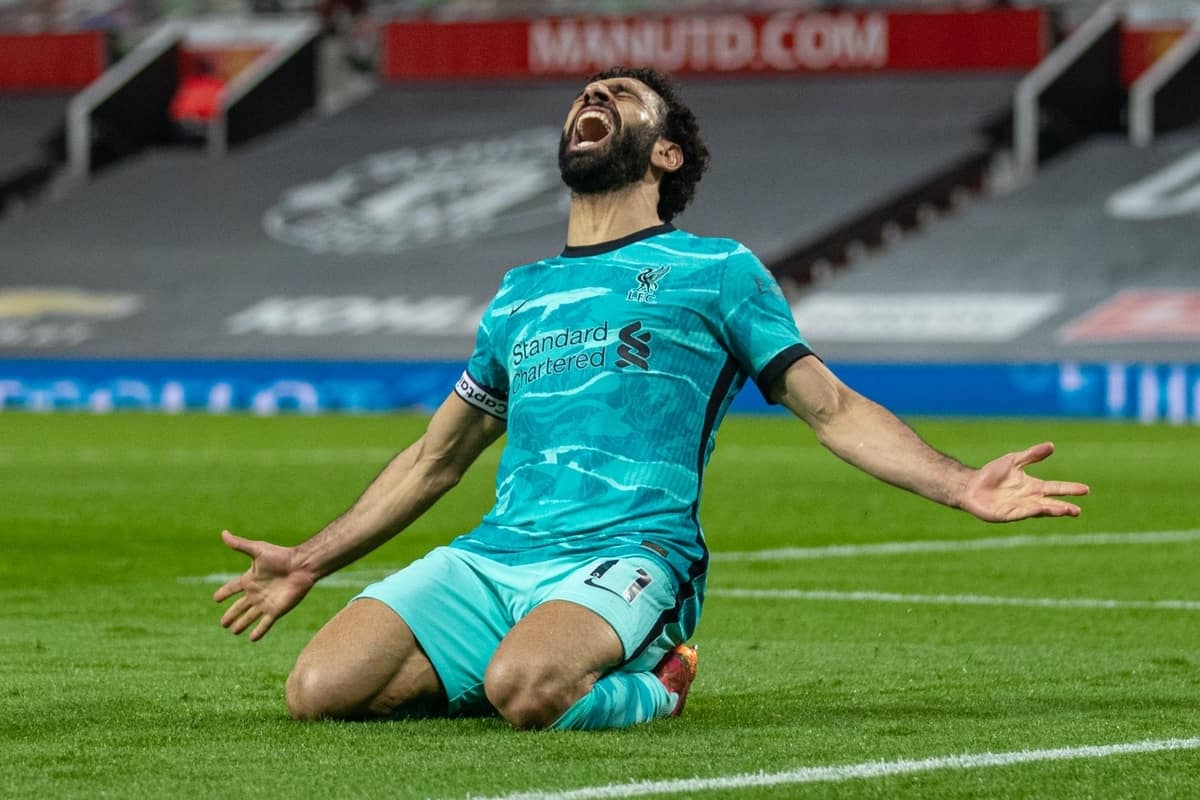 Mohamed Salah continued to cement his place as an all-time Liverpool great in 2020/21, carrying the Reds through a tumultuous season.

As has become the norm with the Egyptian King, constant rumours suggested he could move on last summer, with other European powerhouses circling like vultures.

Salah once again stayed put at Anfield, however, and was seen as a pivotal figure as Jurgen Klopp‘s men looked to defend their Premier League crown.

The season may not ultimately have been an overly happy one for the Reds, but their No. 11’s reputation is greater than ever.

In 2019/20, there were a number of players who could lay claim to performing better than Salah, as Liverpool finally ended their title drought.

Sadio Mane, Jordan Henderson and Virgil van Dijk were standouts, in that respect, and while the 28-year-old was still excellent, he thrives on being the main man.

Almost as though he was stung by not taking home the end-of-season honours, Salah was a relentless force from the moment Liverpool entertained Leeds on the opening weekend.

A hat-trick at Anfield was a sign of things to come, with the Egyptian barely letting up at any point, barring the shock collapse the Reds suffered in the late winter months.

While Mane and Roberto Firmino floundered around him, and Diogo Jota missed several months of action, Salah was a continuous source of goals, dragging his team through matches.

A clinical, lashed effort away to Everton, a stunning curler at Crystal Palace and an outrageous touch and finish at West Ham were perfect examples of Salah’s world-class brilliance, the first of which was his 100th goal in a Liverpool shirt.

It was a feat that was achieved in just 160 appearances, putting him third in the all-time list of fastest Reds players to hit a century of strikes, behind only Roger Hunt (144) and Jack Parkinson (153).

In a season when so many individuals fell well short of their optimum level, Salah came closest to reaching his.

That’s not to say he was always perfect, with a sloppy display of finishing against Real Madrid not his only profligate outing, but he often felt less to blame than anyone.

If there was any doubt over who Liverpool’s best player had been in the lead up to the final 10 matches, the ice-cool speedster settled the debate soon afterwards.

Elite mentality to the end

When Joe Willock fired home a last-gasp equaliser for Newcastle in April, nobody looked angrier than Salah.

He stormed down the tunnel knowing how costly that moment felt in Liverpool’s quest for Champions League football, having done his bit with a sublime effort earlier in the day.

The truly great players dig deep when times are at their most tough, however, which is where Salah comes to the fore.

In February, he promised that Liverpool “will not allow this season to be defined by the recent results we’ve had,” and he, more than anyone, ensured that came true.

Klopp’s side won eight and drew two of their final 10 league games, during which time Salah scored five goals and registered two assists. 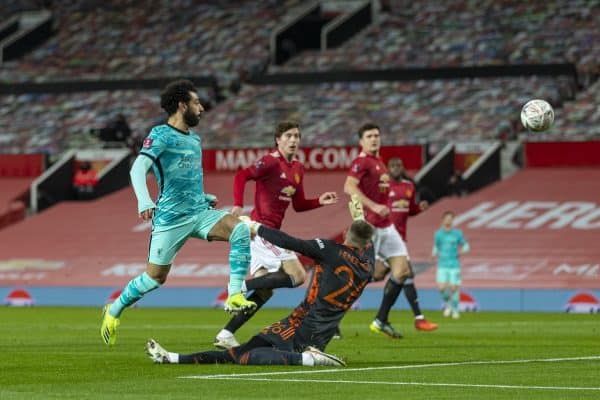 Time and time again, he looked the Reds’ greatest attacking threat, scoring goals out of nothing while Mane and Firmino did their best impressions of Andriy Voronin and David N’Gog.

The game-clinching goal at Man United was reminiscent of his strike against the same team last season – his celebration certainly wasn’t of a player who wants to leave this summer.

Salah cares as much as anyone, which stood out so much in those last few months.

By the time the season ended, Salah had 31 goals to his name – a remarkable tally in such a taxing campaign – and no other Liverpool player contributed more to the cause.

Forget the sulks when he’s substituted and the odd bit of greediness – this is a Reds legend we are watching and an individual who should be even more adored than he is.

It is inevitable that the same old rumours will now appear this summer, suggesting Salah may have his head turned by one of the Spanish giants, or perhaps PSG.

The fact that funds are low in Spain makes that outcome almost impossible, though, and more importantly, there is no indication that Salah wants to go anywhere.

He will be wanting to smash more individual records at Liverpool moving forward, as well as doing his all to wrestle the Premier League title back from Man City.

Salah will again go into next season as arguably Liverpool’s most prized asset, despite turning 29 this summer, looking to carry on establishing himself as one of the greatest attacking players of his generation.

The thought of him leaving doesn’t bear thinking about. New contract incoming?

Best moment: The match-clinching strike away to Man United

Worst moment: A poor display of finishing at home to Real Madrid

Role next season: One of the first names on the teamsheet