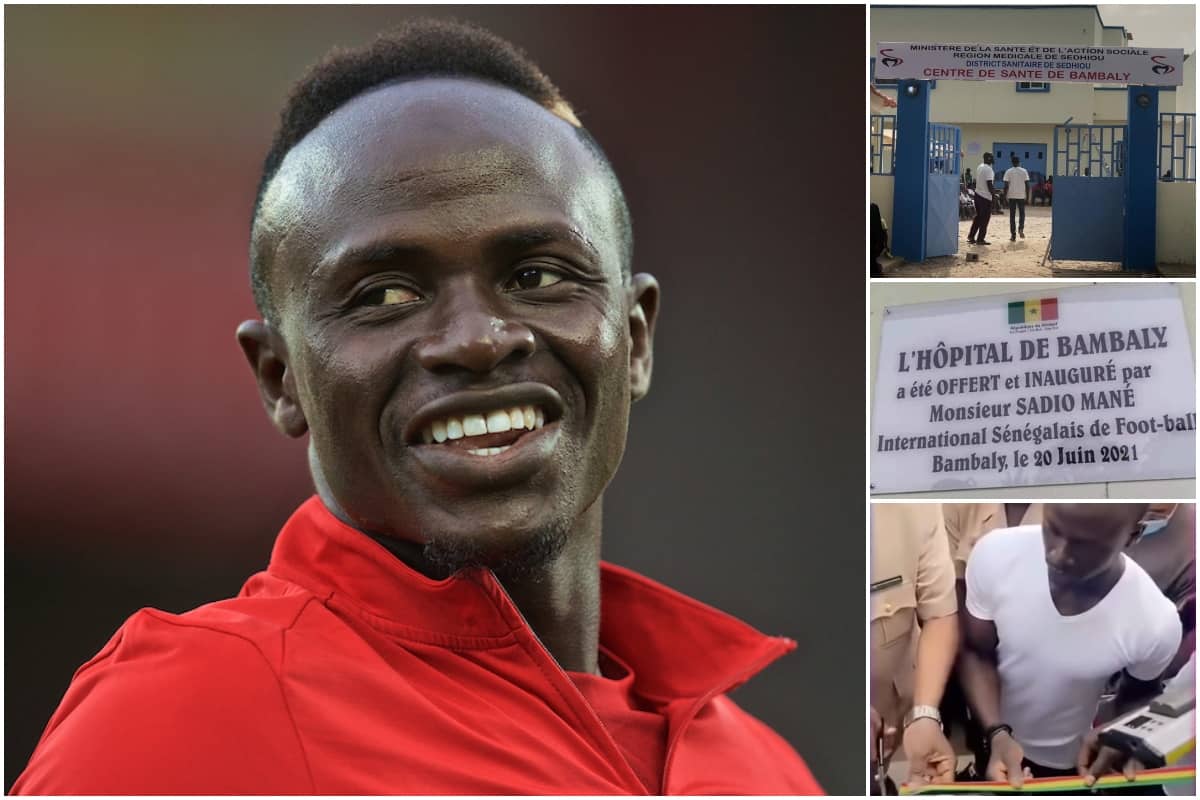 Sadio Mane‘s generosity knows no bounds, with a new hospital now open in his hometown of Bambali, Senegal thanks to his significant donation.

At a time when health care has never been so important, Mane has provided members of his community with the first hospital in the region.

The 29-year-old is as humble as they come and while he no doubt would have preferred to remain out of the spotlight, his actions are certainly deserving of adulation.

Mane has been in Senegal following the conclusion of his international duties and was present at the official inauguration for the hospital earlier this week.

He had met with Senegal’s President Macky Sall at the start of June to seek the government’s contribution for medical personnel following the conclusion of the construction process.

Sadio Mane's hospital in Senegal has been commissioned today?? pic.twitter.com/yO59aGwZja

Sadio Mane paid $693,000 to build the first hospital in his village, Bambali.

The hospital has been commissioned.

The hospital has an A&E department, maternity care, dental facilities and consulting rooms, all of which remove the barriers to access in what will be a significant boost to his local community as it is to also serve the 34 surrounding villages.

Hundreds turned out as Mane officially inaugurated the hospital in Bambali, a momentous occasion and the realisation of a dream for the No. 10.

“I remember my sister was also born at home because there is no hospital in our village,” he said in the documentary ‘Sadio Mane, Made in Senegal‘.

“It was a really, really sad situation for everyone. I wanted to build one to give people hope.”

In a recent statement, via AS, Mane said, “This hospital is obtained thanks to you, and it is for you, the population of Sedhiou.”

Actions truly speak louder than words and Mane’s constant desire to help wherever and whenever he can epitomise his incredible character.