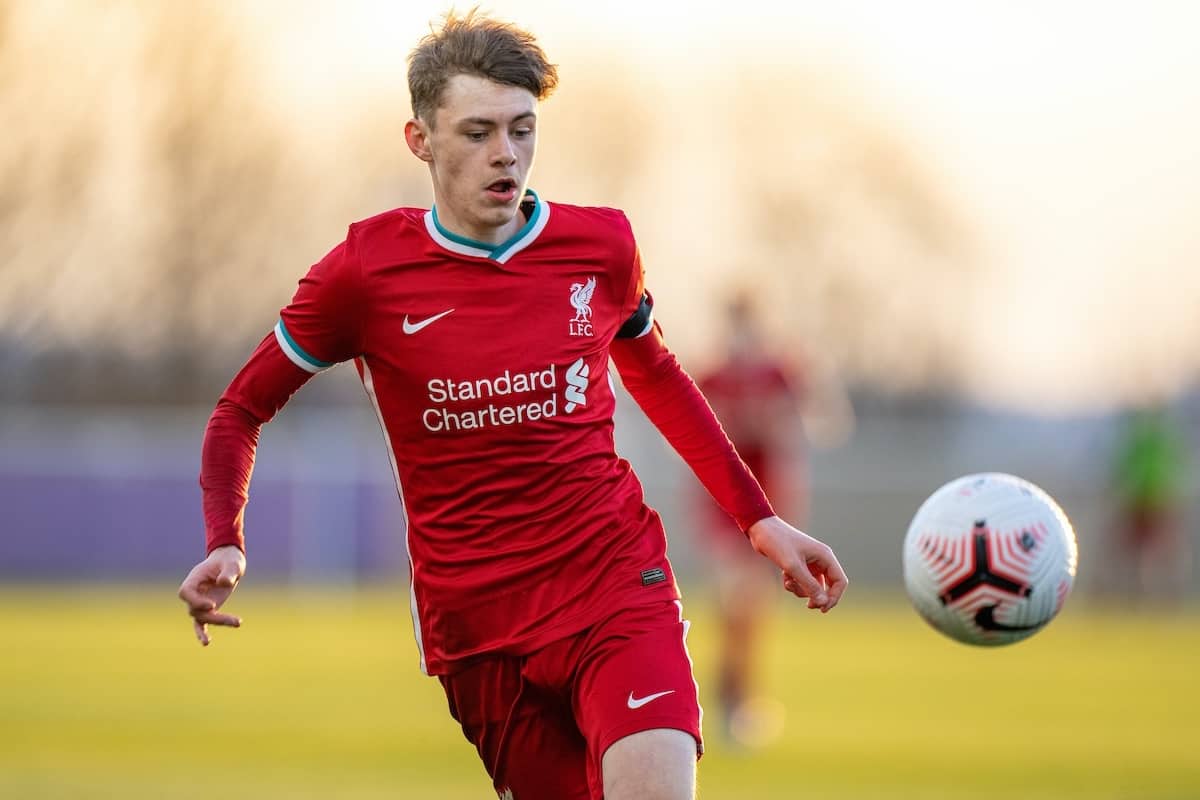 Conor Bradley made his first appearance for the Liverpool first team as part of their stronger side in Tuesday’s friendlies, as he looks to make an impact on Jurgen Klopp.

Bradley was the only player with no previous senior club experience that took to the field for the Reds’ 30-minute friendly against Stuttgart.

It was a glorified training exercise, but the Northern Ireland international acquitted himself well as Liverpool played out a 1-1 draw in Saalfelden.

Neco Williams, only just having returned from his post-season break, was an unused substitute, while Trent Alexander-Arnold captained a less-experienced side as Klopp showed trust in his latest academy graduate.

Bradley is widely considered as the next to step up into the first team, with Williams subject to transfer interest and Liverpool willing to part ways with their No. 76 for around £10 million.

And speaking to LFCTV after the game, Bradley admitted he was “trying to impress the manager” and “see what happens from there” as he hopes to establish himself at senior level.

“I just want to keep trying to better myself,” the teenager said.

“Trying to keep improving and trying to impress the manager the best way I can do. I just want to keep working hard and see what happens from there.”

Bradley said he was “incredibly proud” to make his first outing as he has “supported this club all my life,” having been brought up a Liverpool fan in County Tyrone.

It would be a big step for Bradley to move from the under-23s to backup for the world’s best right-back, but Klopp has shown he is willing to trust youth in the role with the promotion of Williams previously.

The youngster has made great strides since his arrival from Dungannon United in 2019, and having only turned 18 earlier this month he is already settled as first choice at U23 level.

Now, he is learning to adapt to the demands of first-team football, taking cues from the likes of Alexander-Arnold, James Milner and Mohamed Salah around him in pre-season.

“That’s obviously important as well for being a professional footballer: you look after yourself and look after the way you eat, how much you sleep, hydration,” he added.

“[I] watch how they do it and obviously learn from that.”