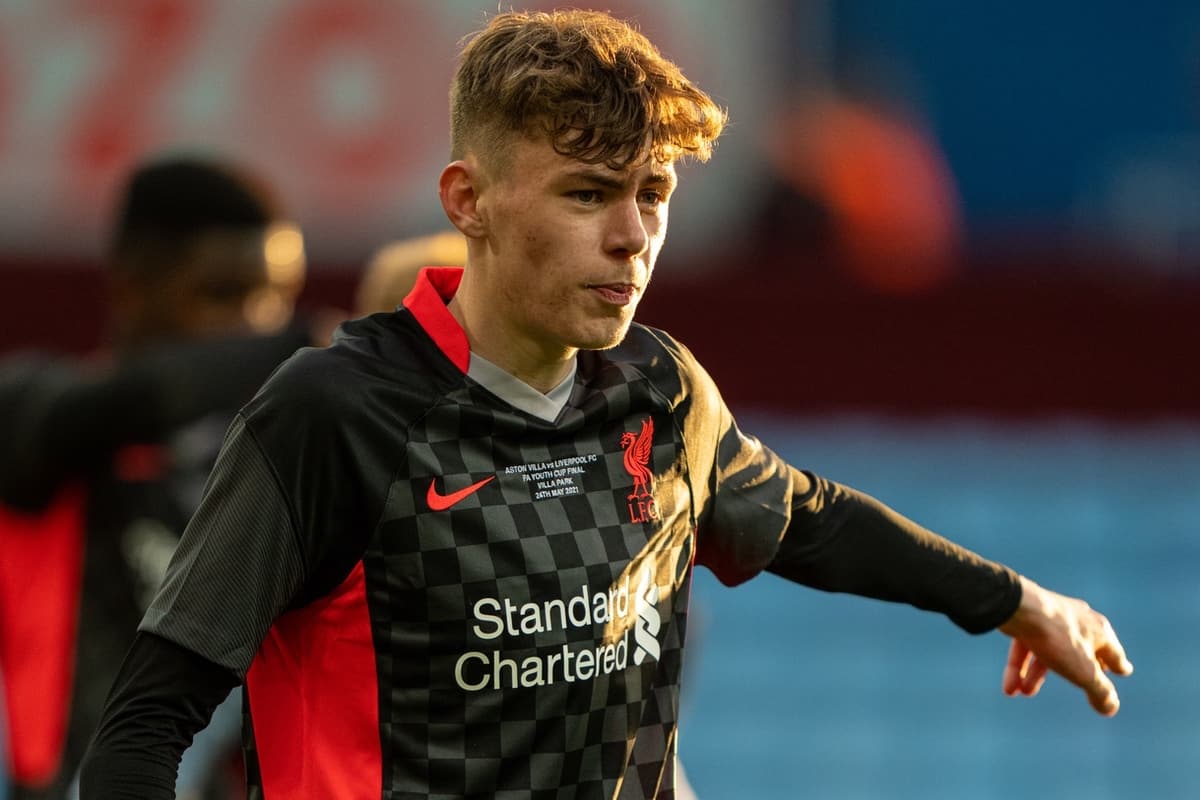 Liverpool have confirmed that emerging right-back Conor Bradley has signed a new long-term contract with the club, six days on from his first taste of senior action for the Reds.

The 18-year-old headed into the summer with talks of first-team prospects as an understudy behind Trent Alexander-Arnold and his rise has been duly rewarded.

Bradley arrived at Liverpool in 2019 from Dungannon United and it’s been a strong couple of years of development for a player who earned a senior international cap for Northern Ireland before getting a taste at club level.

A hard-working and enthusiast right-back, Bradley made his maiden appearance for the Liverpool first team as part of the stronger XI against Stuttgart in the 30-minute friendly last week.

One of a plethora of youngsters in the mix throughout pre-season, Bradley was handed his opportunity in the absence of Neco Williams for what was an “incredibly proud” moment.

But Bradley’s path will depend on if Williams departs this summer, with the Welshman’s return seeing the 18-year-old fail to feature against Mainz.

While it will be a big step up from the under-23s, there is faith that he can perform as Klopp has long been a believer that if you’re good enough, you’re old enough.

But his time in Austria working alongside the likes of Trent Alexander-Arnold, James Milner and Joe Gomez and testing himself against Mohamed Salah and Sadio Mane will be an invaluable learning curve.

After his first Liverpool appearance against Stuttgart, Bradley spoke of his desire to impress and make a mark throughout pre-season.

“I just want to keep trying to better myself,” the young right-back said.

“Trying to keep improving and trying to impress the manager the best way I can do. I just want to keep working hard and see what happens from there.”

Bradley is the lastest of a batch of youngsters to either renew their terms or sign their first professional contract, following on from Melkamu Frauendorf, Mateusz Musialowski, Owen Beck, Harvey Davies, Luke Chambers and Oakley Cannonier.