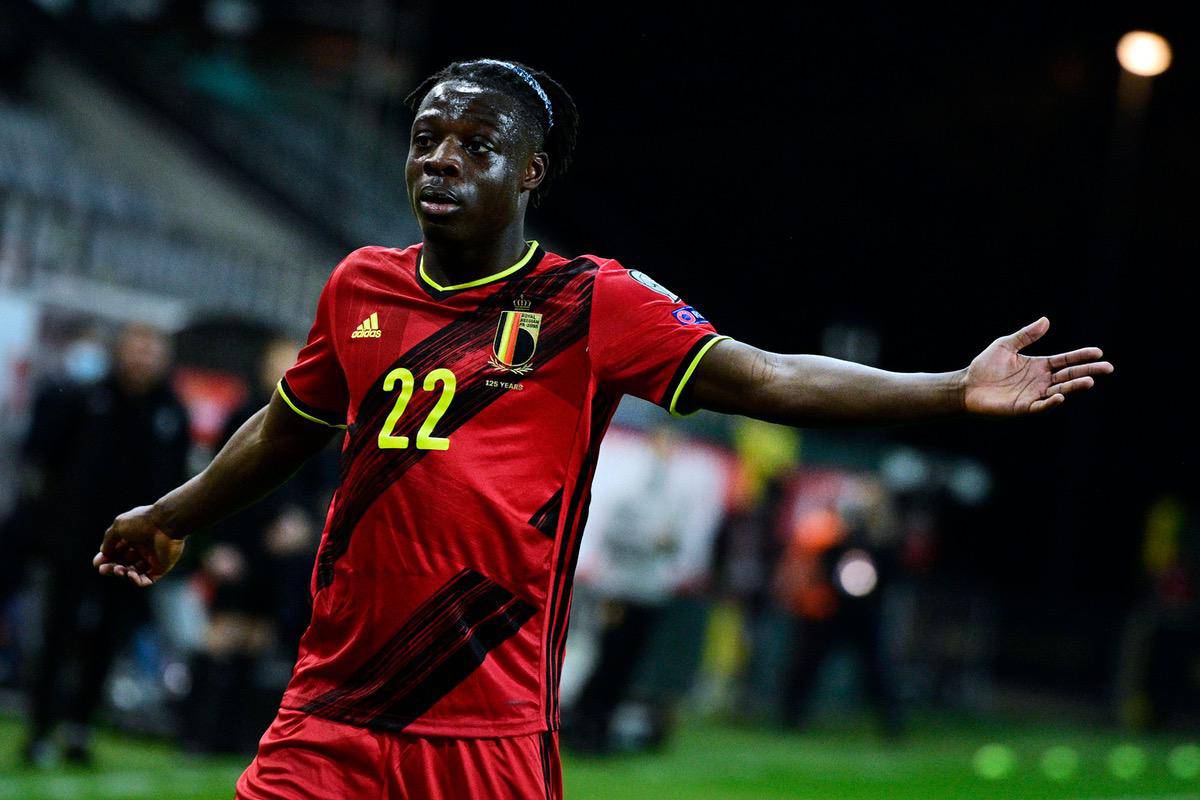 Despite Belgium’s 2-1 defeat to Italy in the quarter-finals of Euro 2020, 19-year-old winger Jeremy Doku caught the eye, as he has for a long time among Liverpool scouts.

It was a bold call from Belgium manager Roberto Martinez, and it almost paid off as Doku made his first meaningful start of the Euros at the quarter-final stage.

The teenager, who plays his club football for Rennes, had previously only started the Group B dead-rubber win over Finland, having sat out of the opening two wins over Russia and Denmark and the last-16 victory over Portugal.

But he took Eden Hazard’s place on the left flank and shone in Munich, as the bright spark of Belgium’s attack in an enthralling clash with Italy.

Every time Doku got the ball he looked to make something happen, with his trademark jinking movement troubling Italy’s right-back Giovanni Di Lorenzo, so much so that he brought him down for a penalty to make it 2-1.

Nicolo Barella and Lorenzo Insigne had put Italy two goals up heading towards the break, but moments after Insigne’s incredible strike, Doku burst into the box and was shoved down.

Romelu Lukaku stepped up to convert the spot-kick, but unfortunately, it wasn’t enough for Belgium to get back into the game.

I’d like Liverpool to be in the conversation if Jérémy Doku is available. pic.twitter.com/9SQImPtVEI

Despite the result, Jeremy Doku is quite a talent isn't he?

After the defeat, Doku was the name on Liverpool supporters’ lips – and for good reason, given he is a long-term target for the club, having already turned down two moves to Anfield.

Doku and his family visited Melwood in 2018, with Liverpool rolling out the red carpet as Steven Gerrard, Sadio Mane, Gini Wijnaldum and Simon Mignolet all greeted the prodigious forward.

“Klopp explained how he saw a potential successor to Sadio Mane in Jeremy,” David Doku told Het Nieuwsblad back in 2020

“At the age of 16, Arsenal, Liverpool, Chelsea, Man City, Ajax and PSV were interested. We then visited clubs like Liverpool and Ajax. My preference was Liverpool.

“Steven Gerrard showed us videos with tactical analysis. At the training complex Mignolet, Mane and Wijnaldum came to talk to us. How we were received there – damn!”

Two years later, Liverpool returned with another offer, with Doku ready to leave Anderlecht but, ultimately, not ready to make the step up to a “top club” just yet.

“I did a lot of research first, wrote down all the positive points and only then did I make a decision,” he told Het Nieuwsblad in January.

“I knew that I first wanted to make an intermediate step. Going to a top club now would be too soon.

“I still have a lot to learn and Rennes is the ideal place for that.

“As soon as I’m asked if I regret it, I always say no, because if Liverpool came to me at 15, if they like me, they’ll come back later, that’s certain. It’s up to me to play well.”

Doku’s move from Anderlecht to Rennes was worth over £23 million, and in his first season in France he made 37 appearances, scoring twice and assisting another four goals. 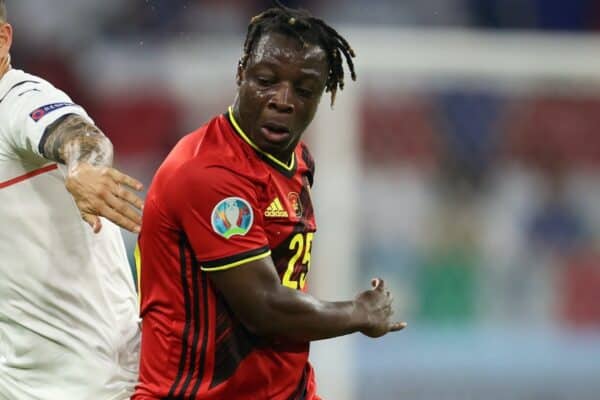 Having only turned 19 in May, it is still early stages for Doku, but after catching the eye at the Euros it would be no surprise if high-profile interest is revived in the summer transfer window.

Whether that results in another approach from Merseyside remains to be seen, but if Doku becomes available, it is likely that Michael Edwards would at least make an enquiry.

And with Divock Origi, Xherdan Shaqiri and Takumi Minamino all expected to leave this summer, Belgium’s new young star could join Harvey Elliott as part of the next generation of Liverpool’s attack.