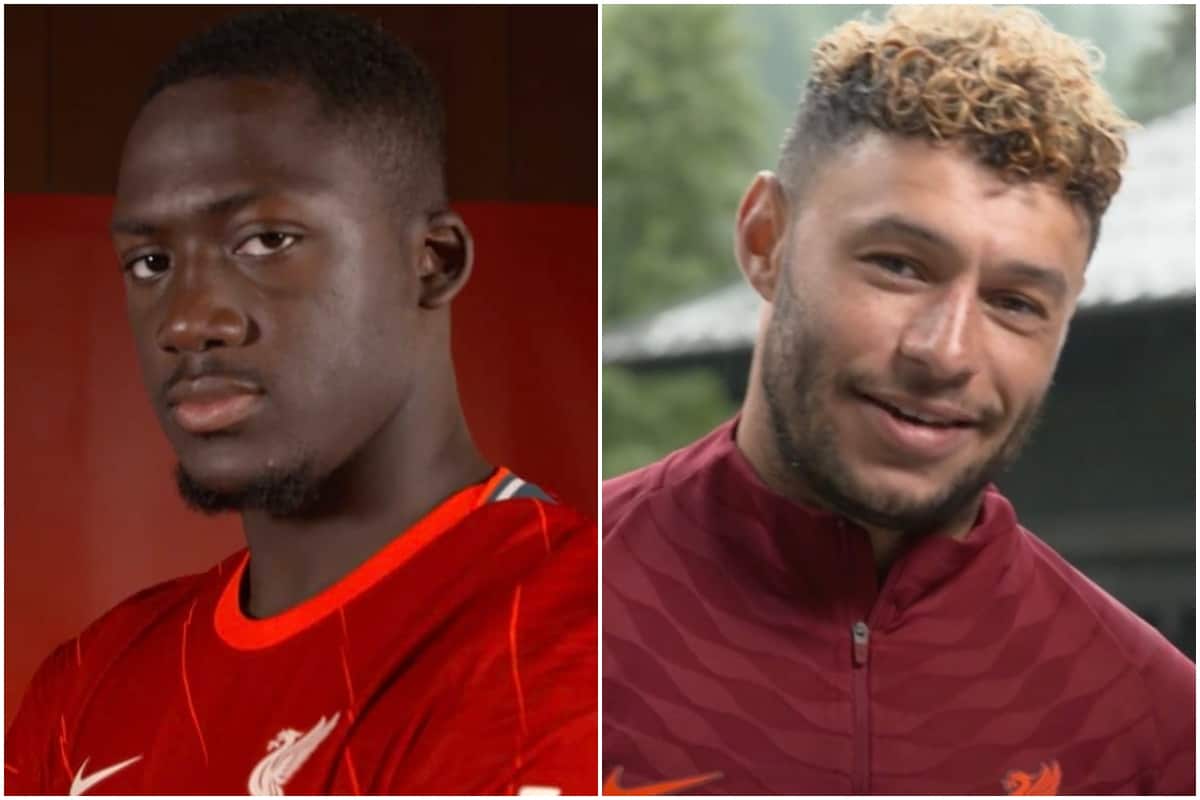 Liverpool take on FC Wacker Innsbruck and Stuttgart in their first two friendlies of pre-season on Tuesday, giving Jurgen Klopp the opportunity to test his 32-man squad.

The Reds will play two 30-minute games behind closed doors in Austria, with Klopp expecting a high-intensity start from his players as they gear up for the campaign ahead.

With two clashes in quick succession, the manager can be expected to field the majority of his players, with there even the possibility of rolling substitutes given the nature of the games.

Few conclusions can be drawn from Klopp’s early setups in Austria, but it will be interesting to see how the Reds line up against each of Wacker Innsbruck and Stuttgart and who catches the eye.

Here are two possible XIs for Liverpool ahead of two quickfire friendlies.

As a club in the Austrian second tier, Wacker Innsbruck can be considered the ‘lesser’ of Liverpool’s first two opponents in pre-season.

With this in mind, Klopp could field a more experimental side comprised of young players and fringe figures either looking to fight their way into the manager’s plans or build their fitness ahead of summer moves.

Adrian is a likely starter in goal, while Nat Phillips and Rhys Williams could reprise their centre-back partnership from the end of last season.

In anticipation of Neco Williams‘ summer exit, Conor Bradley will look to make an impact at right-back, while Ben Davies could make his first-ever outing for the club as a makeshift left-back.

With Marko Grujic on the brink of a move away, James Milner is on hand to take up duties in the No. 6 role, while Klopp has a number of young options in midfield including Ben Woodburn and Jake Cain.

The forward line could be made up of Harvey Elliott, Divock Origi and Takumi Minamino, which would see the Reds line up like this: 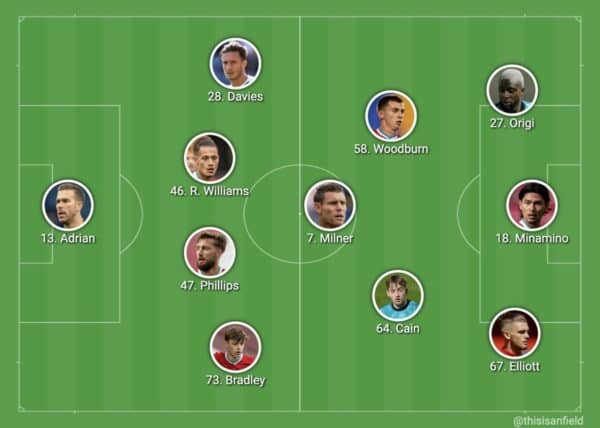 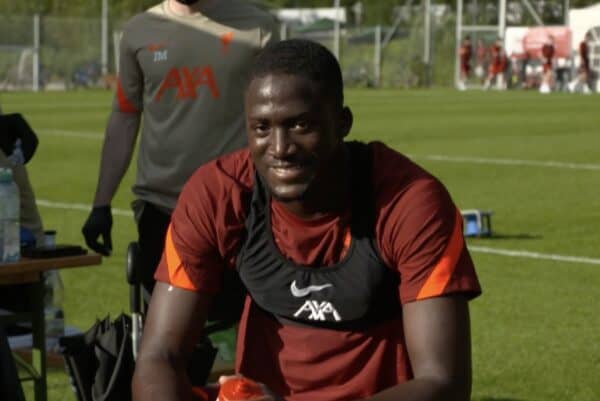 If Klopp is to field his stronger side against Stuttgart, that could see an exciting lineup take to the field including a debuting Ibrahima Konate.

The Frenchman could join Joel Matip at centre-back, shielding Caoimhin Kelleher and flanked by a full-back duo of Trent Alexander-Arnold and Kostas Tsimikas.

With the up-for-sale Grujic potentially starting against Wacker Innsbruck, Leighton Clarkson is the most likely option as deep-lying midfielder, possibly behind Naby Keita and Curtis Jones.

Mohamed Salah and Sadio Mane are fit and hopefully firing so can start on either flank, with Alex Oxlade-Chamberlain an intriguing option up front: 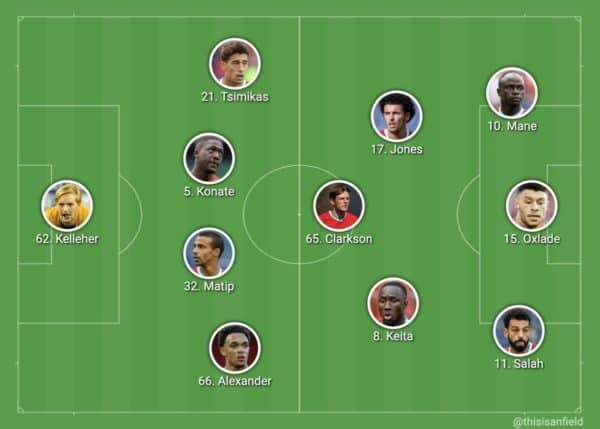