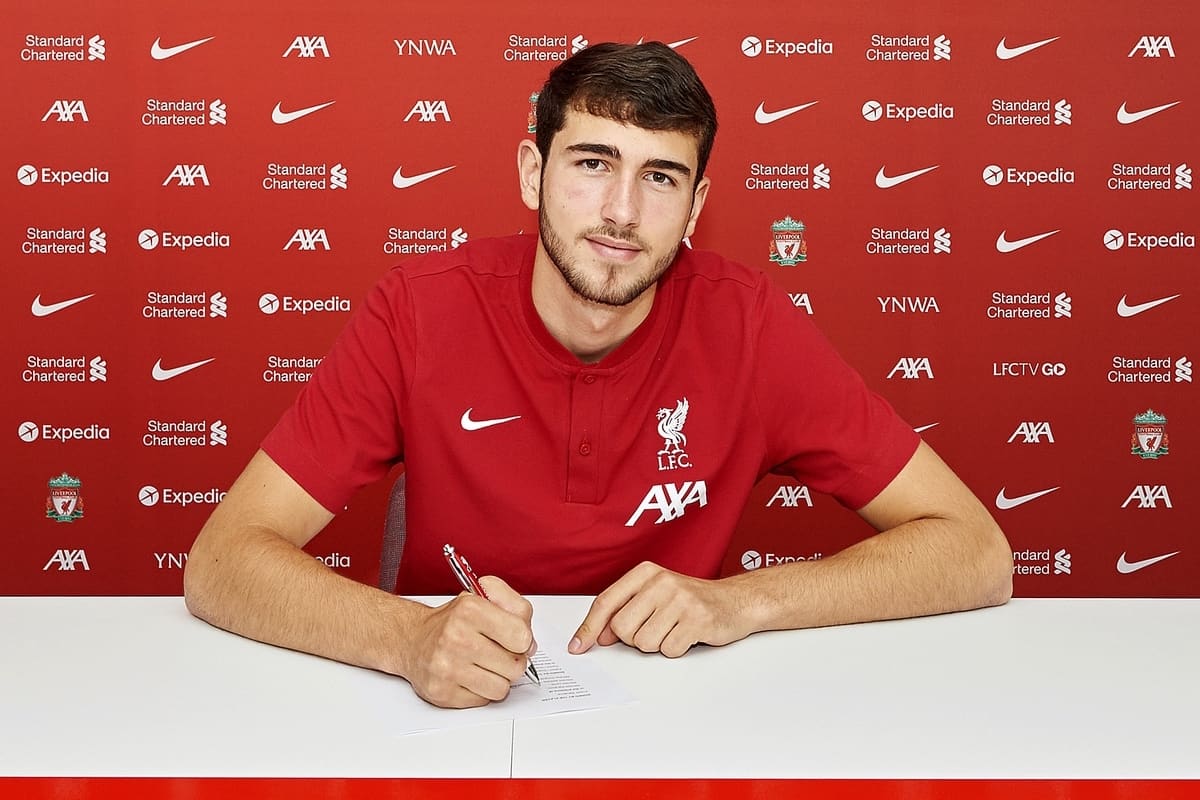 Liverpool have announced a first professional deal for 17-year-old goalkeeper Harvey Davies, who was plucked from the academy ranks to join the senior squad last season.

Prior to his surprise call up to the first team in March, Davies had only played one competitive game for the Liverpool under-18s last season.

Behind Jakub Ojrzynski, Fabian Mrozek and Marcelo Pitaluga in the pecking order, the Scouser was largely employed as a training goalkeeper by U18s coach Marc Bridge-Wilkinson.

But with Pitaluga injured and the likes of Ojrzynski, Mrozek and Liam Hughes ineligible, Davies was drafted into the group ahead of the Champions League clash with RB Leipzig in Budapest.

The youngster was named on the substitutes’ bench for that 2-0 win, and remained a regular fixture in senior training for the rest of the season, also making the squad in the two quarter-finals against Real Madrid.

Clearly, Davies won Jurgen Klopp over, and he has now been rewarded with his first professional contract, achieving a “boyhood dream” having joined the club at under-9s level.

After his step up, Davies received considerably more opportunities as a starter for the U18s, adding seven more appearances to his tally in the final two months of the campaign, including as first choice in the FA Youth Cup.

He could be involved in pre-season training with the first team this month, with Klopp an admirer along with coaches John Achterberg and Jack Robinson.

“[Klopp] came up to me before the game and said a few words to me,” Davies told LiverpoolFC.com of his dream night in Budapest.

“He was really happy to have a young Scouser on the bench, he was really supportive and made sure I fitted in really well.”

Davies is now relishing the battle with Mrozek and Oscar Kelly to be No. 1 at U18s level next season, and given he looks to be benefiting from fast-tracking into the senior setup, he may now have the edge.

This week has also seen Liverpool confirm a first professional deal for left-back Luke Chambers, while Ojrzynski is reported to have signed a new four-contract with the club.