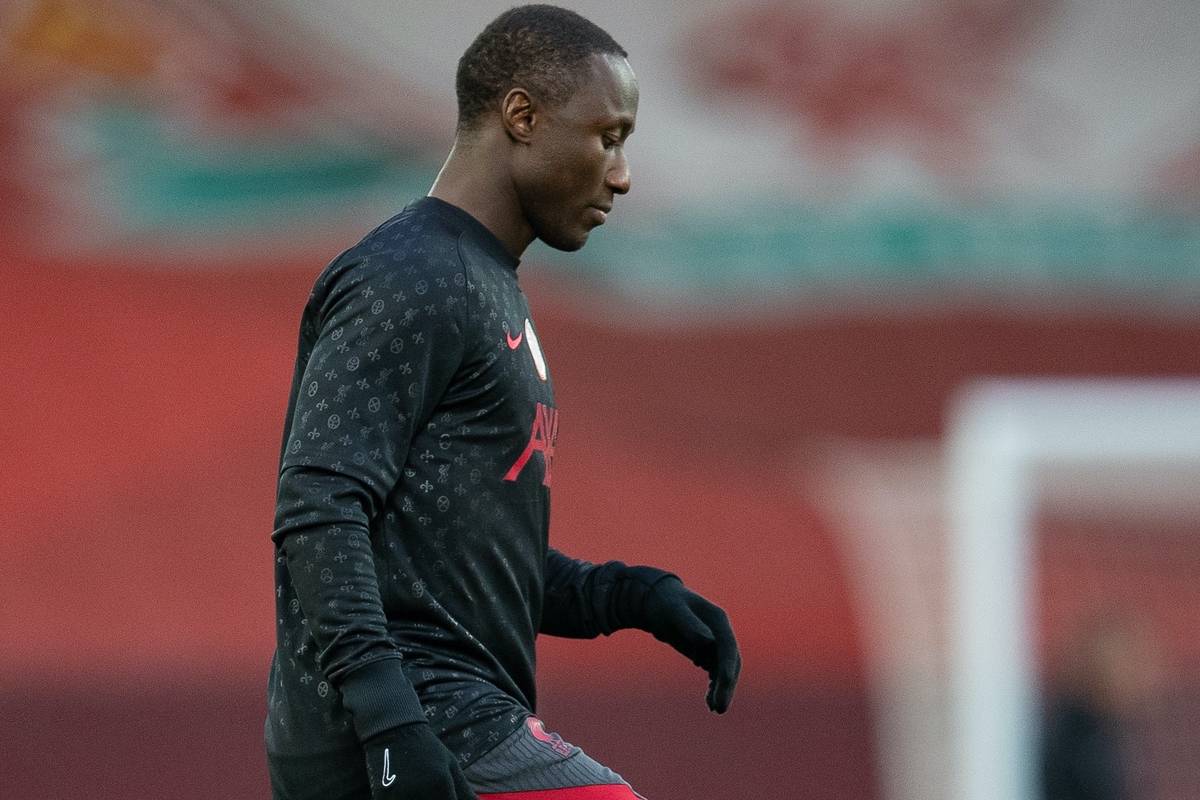 With Naby Keita catching the eye in Liverpool’s 1-0 friendly win over Mainz on Friday evening, fans are hoping the No. 8 can stay fit heading into the new campaign.

Jurgen Klopp named arguably his strongest available side as the Reds took on his old club in Grodig, with Ibrahima Konate partnering Joel Matip at the back.

Harvey Elliott kept his place in midfield as part of an experienced lineup as he joined James Milner and Naby Keita in a three-man unit, just as he did against Stuttgart in midweek.

The game was ultimately decided by a late own goal after Klopp made 11 changes at half-time, but much of the focus was on an impressive showing from Keita once again.

It has been a bitter time for the No. 8 since joining Liverpool from RB Leipzig, with Keita clearly a hugely talented player but one who is unable to string together a consistent run of games due to injury.

Often he has stood out in pre-season only to have his momentum halted when the campaign gets underway, and fans are hoping this is not the case again in 2021/22.

I pray Naby Keita stays fit this season, such an unbelievable player would 100% start for us if he didn’t have horrible luck.

Hate watching Keita play because when he’s not crippled he’s such a baller ?

Sometimes, I would rather that Keita wasn't this good because I feel robbed by missing out on seeing him play often. It's been said enough times, but, man, if he could stay fit…

Keita is probably in the first XI in terms of ability. We've always known that. The problem is we can't get him on the pitch. If that changes then it's a game changer. But I wouldn't count on it.

Naby Keita the standout in that first half for me. Really hoping that it can be an injury free season for the Guinean and that he will be able to showcase the ability that we all know he is capable of on a regular basis this season.

I hate how people question Keita’s ability, we’ve seen how good he is, the issue is the injuries, there’s a difference, stop acting like he’s ass

Dare I say, Keita has looked like the player we thought we were getting…. pic.twitter.com/244swkXhod

Time to get invested in Keita again over a preseason game pic.twitter.com/BEVbHowT9m

It is a difficult situation for Keita, because when fit he would certainly be challenging for a first-choice spot in Klopp’s midfield, but the regularity of his injury problems makes him hugely unreliable.

The opportunity to get back up to speed with pre-season is vital this summer, particularly as Fabinho, Thiago and Jordan Henderson are all set to return late and could be doubts for the Premier League opener at Norwich.

With Gini Wijnaldum having left to join PSG, Klopp will be looking for another top-class midfielder to rely upon – and in an ideal world, that would be Keita.