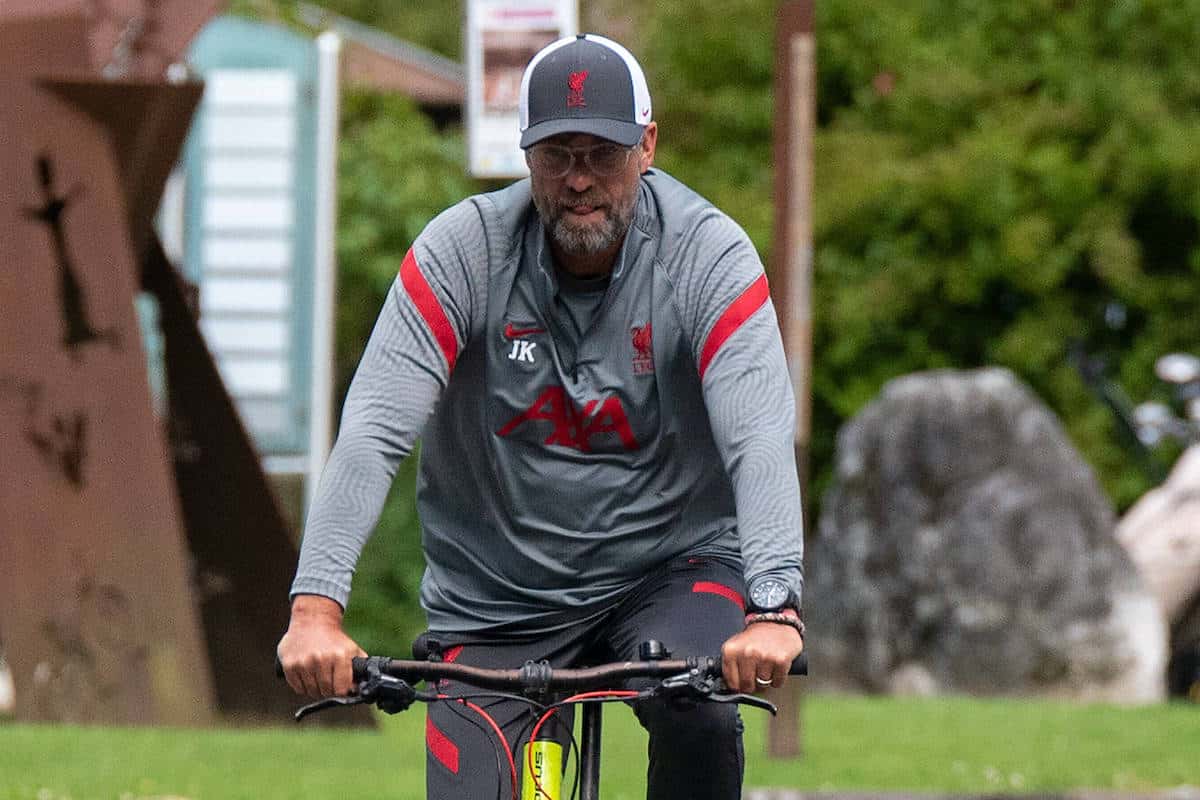 Liverpool will begin their pre-season in Austria, with players not returning to Merseyside when the squad reconvene on Monday.

In a complete break from the norm, Liverpool’s players and staff will not undergo their usual first week of training at the club’s training ground and instead will do so in Austria in the first of two European training camps.

Jurgen Klopp‘s squad spent time last summer in the picturesque Austrian town of Saalfelden and that will be stop number one this summer from July 12 to July 23, with a return to Evian in France thereafter.

Liverpool’s pre-season plans have been kept tightly under wraps, and with only a few days until the players return the club are yet to announce any friendlies – one of just three Premier League sides who haven’t done so.

However, plans have been changing due to ongoing travel restrictions and previous plans to host two friendlies at Anfield against domestic sides – with Rangers, Aston Villa and Newcastle previously reported – have been scrapped after the UK government changed legislation.

Instead, This Is Anfield understands that Liverpool will play at least four games while away in Europe, followed by at least one game at Anfield against foreign opposition – likely Spanish side Osasuna.

It means that there will be no typical domestic friendlies closer to home, and – last year aside – the first time since 2015 that the Reds haven’t played Merseyside neighbours Tranmere Rovers.

Last year’s limited pre-season saw Klopp’s side play two friendlies while in Austria, against Stuttgart at the SaalfeldenArena and against RB Salzburg at Red Bull Arena. 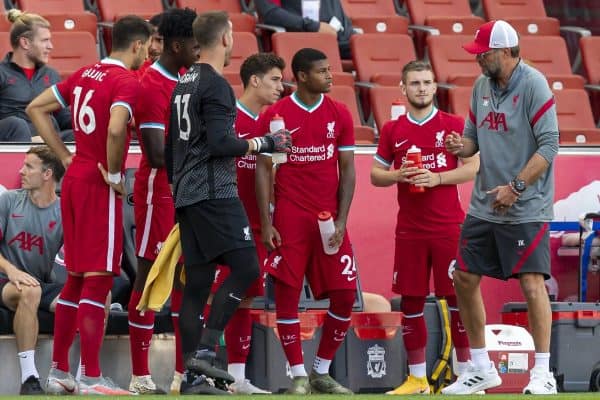 Liverpool are among the last clubs to return to pre-season training, with 14 clubs doing so before the Reds. Klopp has given players a week longer than usual this summer after the condensed pandemic-affected last 18 months.

The likes of Sadio Mane, Mohamed Salah, Virgil van Dijk, Alex Oxlade-Chamberlain, James Milner and Trent Alexander-Arnold will be joined by new signing Ibrahima Konate and youngsters such as Harvey Elliott and Conor Bradley in Austria, plus some old faces returning from loan such as Marko Grujic and Loris Karius.

Players who have been on international duty this summer will return later when the squad are based in France.

Liverpool begin the new season away to Norwich on August 14 – meaning less than five weeks for pre-season.