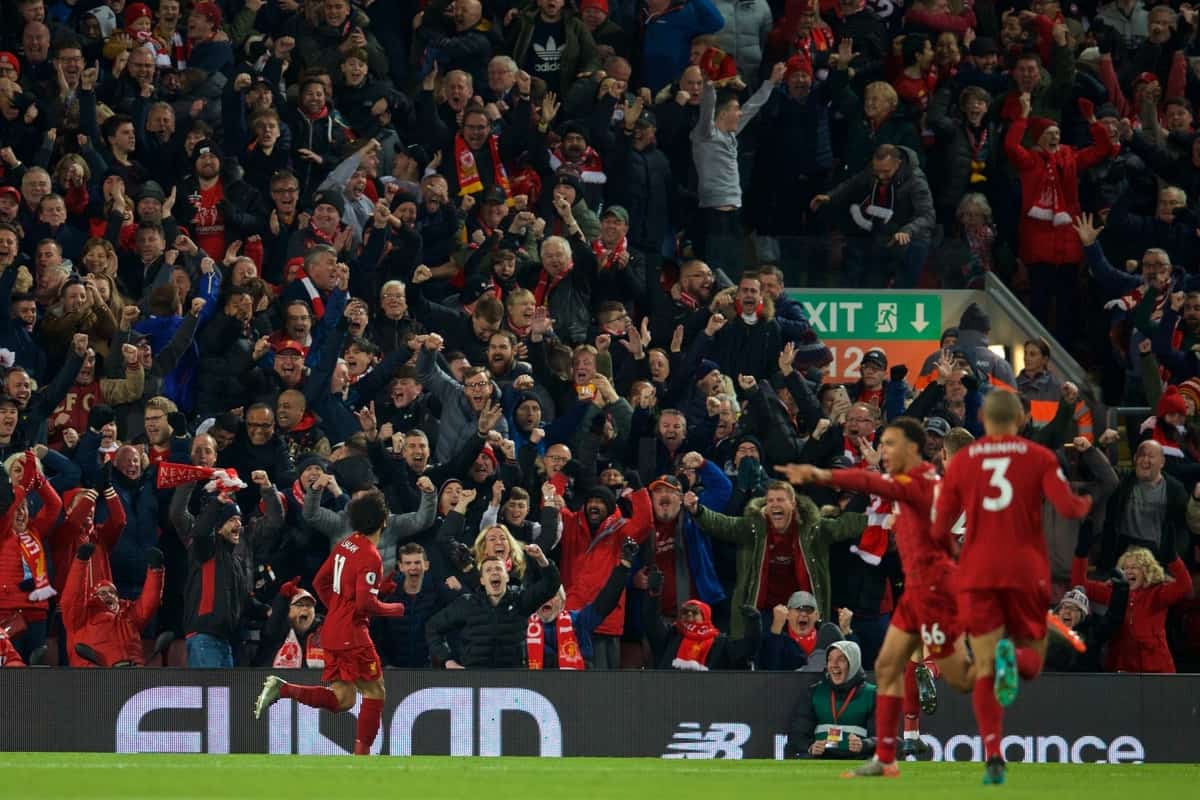 The UK government have now confirmed plans to lift lockdown restrictions on July 19, which will allow Liverpool to host a full Anfield for pre-season games and beyond.

The Reds are yet to announce their schedule of warmup friendlies, but are now expected to do so after the Prime Minister confirmed a July 19 end to lockdown.

Most restrictions will be lifted, pending a final review by next Monday, though the public will still be advised to wear protective face coverings in certain instances.

Masks will no longer be legally required, however, and nor will social distancing, which paves the way for full stadiums in time for the start of pre-season.

Liverpool return to Kirkby for pre-season on July 12, with it likely their first fixture back – possibly away to Tranmere – will be held that weekend.

But This Is Anfield understands the club are also hoping to play at least one friendly at Anfield before their Premier League opener away to Norwich on August 14.

Aston Villa and Newcastle have both held talks with Liverpool as potential opposition, while there have also been negotiations with Spanish club Osasuna over a tribute friendly for the late Michael Robinson.

The Reds are also expected to head abroad, possibly to both Austria and France, for training camps and quite likely further friendly fixtures.

Jurgen Klopp‘s side could play in front of a full Anfield for the first time since last March, therefore, later this month, with 53,862 fans set to be welcomed back.

The first home game of the Premier League campaign comes against Burnley on Saturday, August 21, which is a 12.30pm kickoff.