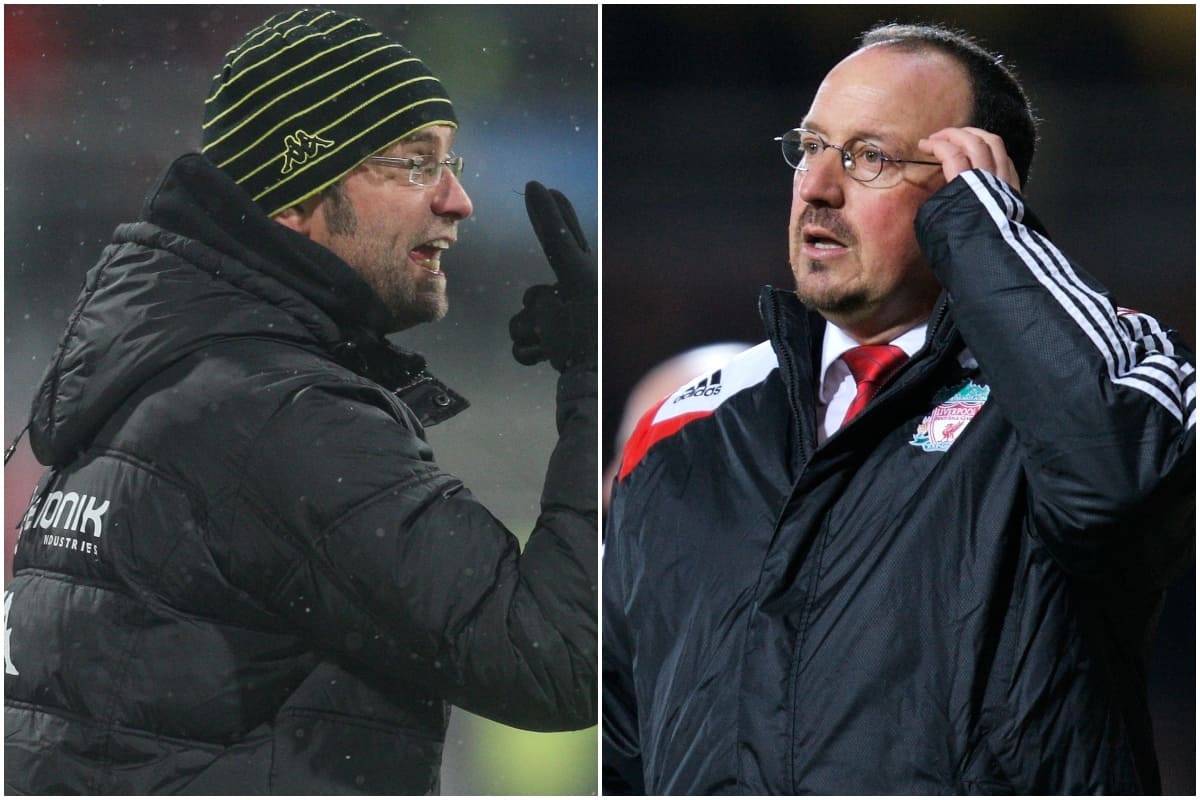 In pre-season 2006, Rafa Benitez’s Liverpool – on the back of an FA Cup win – took on a plucky Mainz side in Germany. Their manager, a 39-year-old Jurgen Klopp.

After the Miracle of Istanbul, Benitez regrouped his Reds side and led them to a third-placed finish in the Premier League, along with silverware in the FA Cup and UEFA Super Cup.

It was a promising season for Liverpool, and they headed into pre-season with Craig Bellamy, Gabriel Paletta, Fabio Aurelio and Jermaine Pennant among their new signings for Benitez’s third campaign.

The early stages of the summer brought victories over Wrexham and Crewe Alexandra, before the Reds embarked on a pre-season tour that took in stops in Liechtenstein, Switzerland and Germany.

Things did not pan out as they had hoped, with defeats to Kaiserslautern and Grasshopper Zurich, before their final warmup for a Champions League qualifier against Maccabi Haifa took them to Mainz.

Mainz were preparing for their third season in the Bundesliga under Klopp, who retired from his playing role to take over as manager midway through the 2000/01 campaign.

By this point, Klopp was settled and beloved in his role, with Mainz having finished 11th in the league the previous season, and their momentum led them to a memorable friendly win. 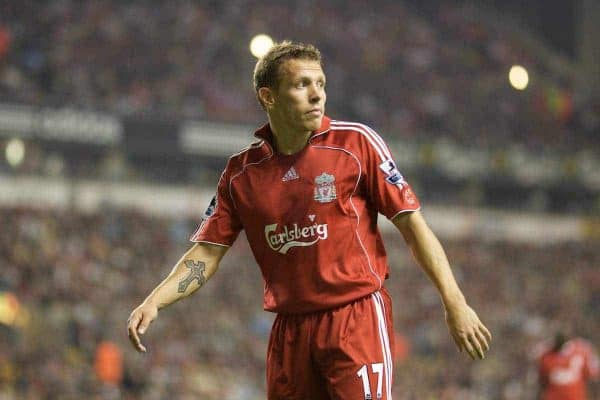 After an even start to the game, the mistakes began to creep in for Liverpool as Scott Carson handed Markus Feulner a clear sight on goal, only for the midfielder’s effort to be blocked.

Liverpool were at panic stations as Feulner, Tobias Damm and Mimoun Azaouagh all threatened throughout the first half, needing saves from Carson and a last-ditch block from Hyypia to keep them in the game.

The floodgates creaked after the break, though, as Feulner opened the scoring in the 46th minute after a sloppy attempted clearance from Jan Kromkamp.

Having seen Mainz take an unexpected lead, Klopp was gleeful on the touchline as Damm made it 2-0 just after an hour mark that saw Benitez send on Momo Sissoko, John Arne Riise, Lee Peltier and Salif Diao. 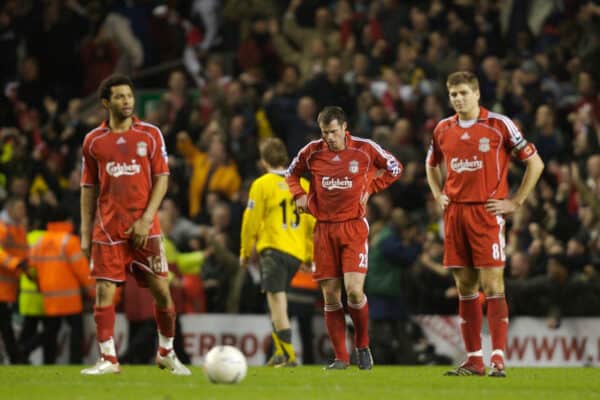 There were few bright points for Liverpool, and their misery was compounded with three goals shipped in five minutes as the game trailed out to a miserable 5-0 defeat.

A misplaced backpass from Riise allowed Fatmir Pupalovic to fire home, before errors from Diao and Jack Hobbs allowed one from Chadli Amri and another from Pupalovic to seal a priceless win for Klopp’s Mainz.

As a crowd of over 20,000 watched on, Benitez’s side unravelled on the pitch, with the manager ruing his side’s continued errors throughout pre-season.

Fortunately, Liverpool were able to overcome their tricky start and reach the final of the Champions League in the campaign to come, albeit in a losing effort as AC Milan got revenge in Athens.

As for Klopp, it was his first meeting with the side he would come to manage nine years later; little did he know he would eventually be sitting in the dugout Benitez called home. 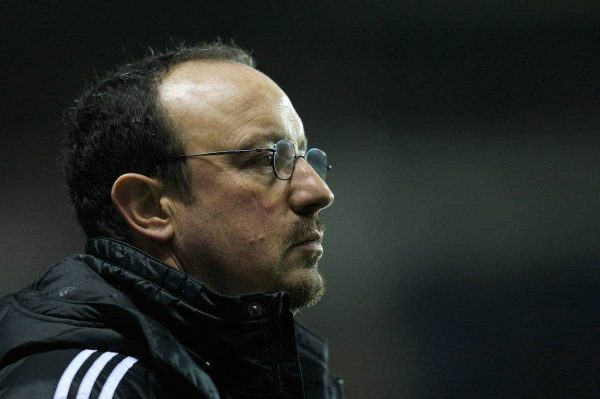