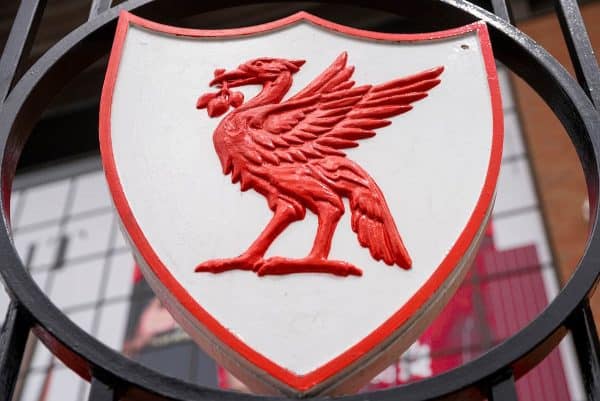 Not much could beat getting the better of a team managed by Alex Ferguson, but Liverpool were at it long before he was at Man United.

Especially for anyone growing up in the 1990s, Ferguson was the ultimate villain.

For so long, he was the scourge of Liverpool, masterminding a period of dominance at United and successfully knocking the Merseysiders “off their f*****g perch.”

Six years before Ferguson joined United, however, his formidable Aberdeen side were being humbled by one of the best teams Anfield has ever witnessed.

Various sides can lay claim to being Liverpool’s greatest, but Bob Paisley’s all-conquering outfit of the late 1970s and early 1980s is a standout contender.

Paisley built a team that few in Europe could handle, during a period that saw an incredible amount of success achieved.

Having taken over from Bill Shankly in 1974, it only took him three years to turn Liverpool into European Cup winners, with glory coming their away against Borussia Monchengladbach in 1977.

The exit of Kevin Keegan that summer threatened to derail the Reds’ dominance, only for a certain Sir Kenny Dalglish to come in and make the Merseysiders even stronger.

A second consecutive European Cup came the way in 1978, with Dalglish scoring the only goal in the final win over Club Brugge at Wembley.

So when the 1980/81 season rolled around, an impatient Reds were looking at three years without a European triumph – but that was about to change.

Prior to the days of Champions League group stages, the European Cup was a straight knockout, meaning immense pressure from the off.

Liverpool romped past Oulu Palloseura in the first round, winning 11-2 on aggregate and 10-1 at Anfield, before an awkward proposition lay ahead of them.

Ferguson’s Aberdeen side had been crowned Scottish champions the previous season and were a force to be reckoned with – in Jim Leighton, Alex McLeish and Gordon Strachan, they had three players who would win 218 caps for Scotland between them.

Their manager was in the middle of a glorious spell at Pittodrie, with many viewing him as one of the most exciting young British managers in the game.

Ferguson was still in his thirties when the Liverpool clash arrived and he was eyeing up a major coup over two legs, aiming to enhance his reputation further.

Terry McDermott’s solitary early goal in Scotland gave the Reds a 1-0 lead heading back to Anfield – where Paisley’s men put on a masterclass.

Alan Kennedy would have a future legendary moment to come later in the season, but a superb effort from distance forced Leighton into an early save.

Despite Liverpool’s dominance, it took 37 minutes for the deadlock to be broken, with Willie Miller shanking the ball into his own net in front of the Kop. It was a moment that Martin Skrtel would have been proud of!

Dalglish is seen as possibly the best player in Liverpool’s history, possessing a level of genius that few have been blessed with and the Scot’s magic was outlined just before half-time, following an outrageous back-heeled past that found Phil Neal, who beat Leighton from close-range.

The tie was as good as over at the break, but Liverpool continued to rub Ferguson’s nose in it during the second half.

Dalglish got his goal for the night with a poached header after substitute Avi Cohen had hit the crossbar, with Paisley’s side rampant by this point.

Alan Hansen then finished off a beautiful move that unsurprisingly featured heavy Dalglish involvement, as well as an unselfish cut-back from McDermott.

It capped off a perfect evening for a sensational football team, with Ferguson’s men humbled 5-0 on aggregate.

It no doubt played a part in his combination of dislike and respect for Liverpool that remains to this day.

While Aberdeen had to accept being firmly put in their place, also failing to retain the Scottish title in 1980/81, the Reds achieved yet more greatness.

In the third round, Liverpool made light work of CSKA Sofia, winning 6-1 over the two legs, before Bundesliga giants Bayern Munich awaited in the semi-finals.

A cautious first game at Anfield saw the two sides play out a stalemate, but the Reds were magnificent in the return fixture in Munich.

Ray Kennedy’s all-important away goal with seven minutes remaining ultimately sent them into the final, even though Karl-Heinz Rummenigge’s late effort made for a nervy ending.

That set up a final meeting with Real Madrid at Paris Saint-Germain’s Parc des Princes, with Alan Kennedy the hero on the night.

The left-back’s 81st-minute strike, scored from a tight angle, etched his name into Liverpool folklore and ensured the Reds won a third European Cup.

The signs were there during the dismantling of Aberdeen and Paisley’s side didn’t let up from that point on, further cementing their place among the best British teams in history.

As for Ferguson, he disappeared into oblivion, right?