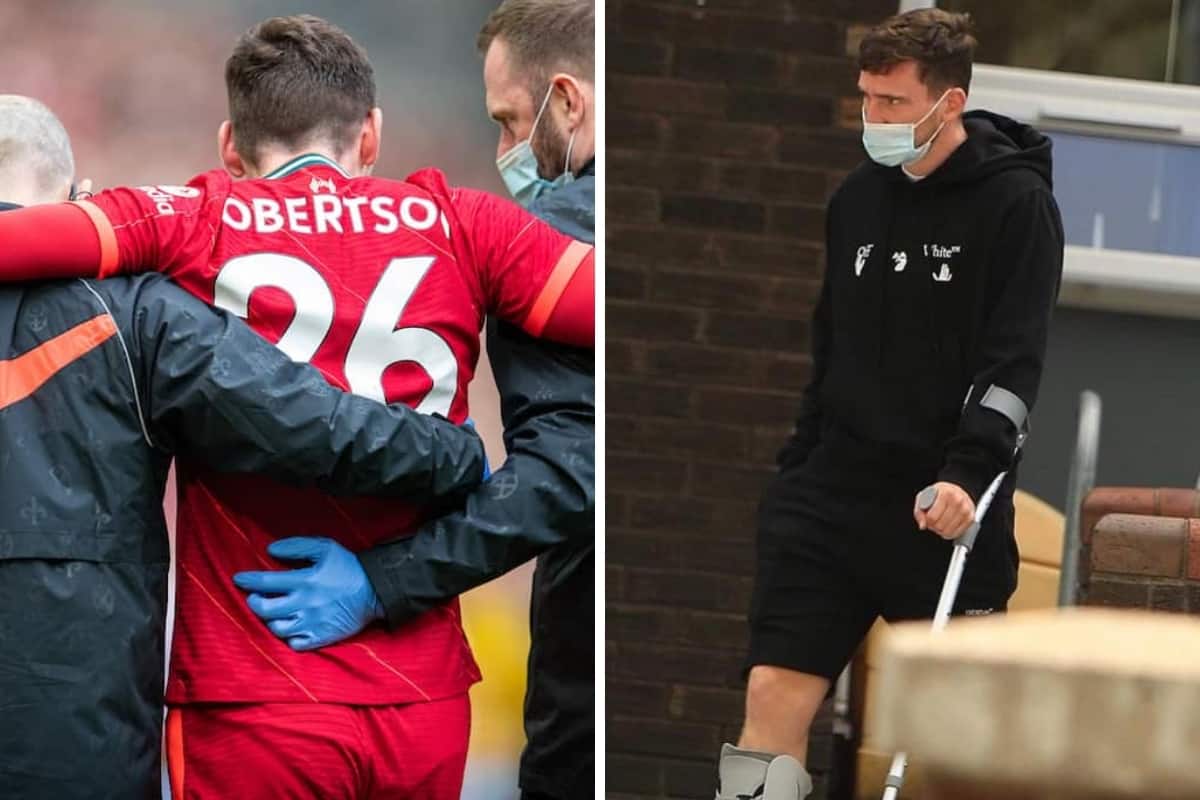 Andy Robertson has confirmed that he has sustained “some ligament damage” to his right ankle and while it is “nothing too major” the timescale on his return is not set in stone.

The Scot has been a figure of reliability in recent years but was dealt an early blow to his season on Sunday in the penultimate pre-season friendly.

When contesting for the ball against Athletic Club, Robertson first saw his right ankle struck by the ball before his weight was then transferred into the joint at an unnatural angle.

Immediately clutching at the area, his reaction and that of his teammates didn’t paint a pretty picture.

After the game, Robertson and Klopp spoke of how the pain had settled ahead of a scan on Monday and now the left-back has confirmed that he is set for an unknown period on the sidelines but his hope is to return “sooner rather than later.”

“Thanks to everyone for the kind messages and support. Scan result suggests nothing too major but there is some ligament damage which will need to mend,” Robertson penned on social media.

“No point guessing on how long that will be other than to say I’ll be grafting every day so I can help the team again sooner rather than later. Good luck to the boys playing tonight.”

It’s an untimely blow to a player that has been at the heart of Liverpool’s recent success, with the trip to Norwich to be the first league game he has not started since June 2020, the first game back from lockdown.

In fact, last season Robertson became only the ninth player in Liverpool’s history to start every league game throughout a single campaign.

Opportunity will now be at the door of Kostas Tsimikas for the short term, where his tally of just five minutes of Premier League action is to be bolstered significantly.