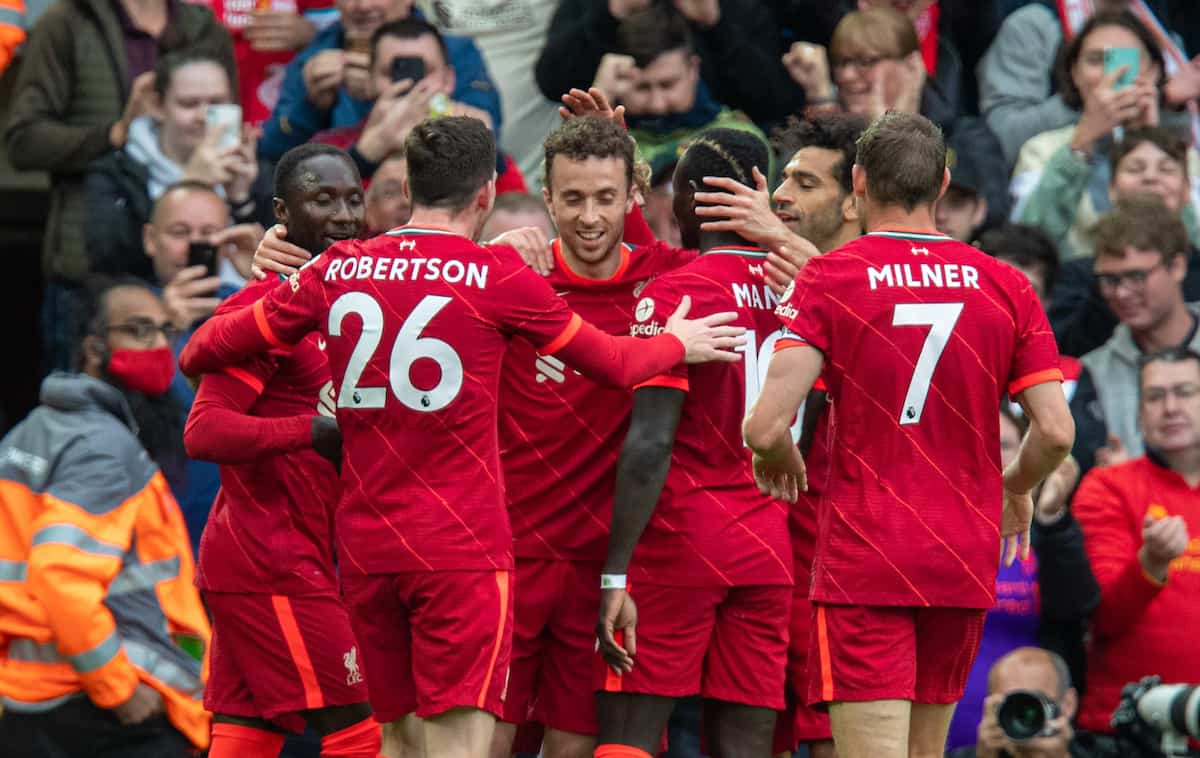 The biggest crowd at Anfield since the pandemic hit over 500 days ago was in attendance to see Liverpool draw with Spanish side Athletic Club.

The Reds were properly back, with around 40,000 inside Anfield and a somewhat poignant You’ll Never Walk Alone pre-match.

Jota gave Liverpool the lead early on with a well taken left-foot strike after good pressing from Naby Keita on the edge of the box.

Van Dijk almost got himself on the scoresheet with a header from a corner, while Alexander-Arnold also went close.

Sadio Mane had the ball in the net but he was judged offside in the build-up. No VAR here!

But there was a sting just before half time, with Andy Robertson suffering a serious-looking injury when blocking a cross.

The second half saw Athletic equalise after some neat work down the Liverpool right and a ball across the face of the box was finished at the back post.

Elliot hit a beautiful Salah-like shot late on that thundered off the woodwork, but the match ended in a draw.

The Reds are back in action on Monday night at Anfield, as Osasuna arrive for the final friendly of pre-season.