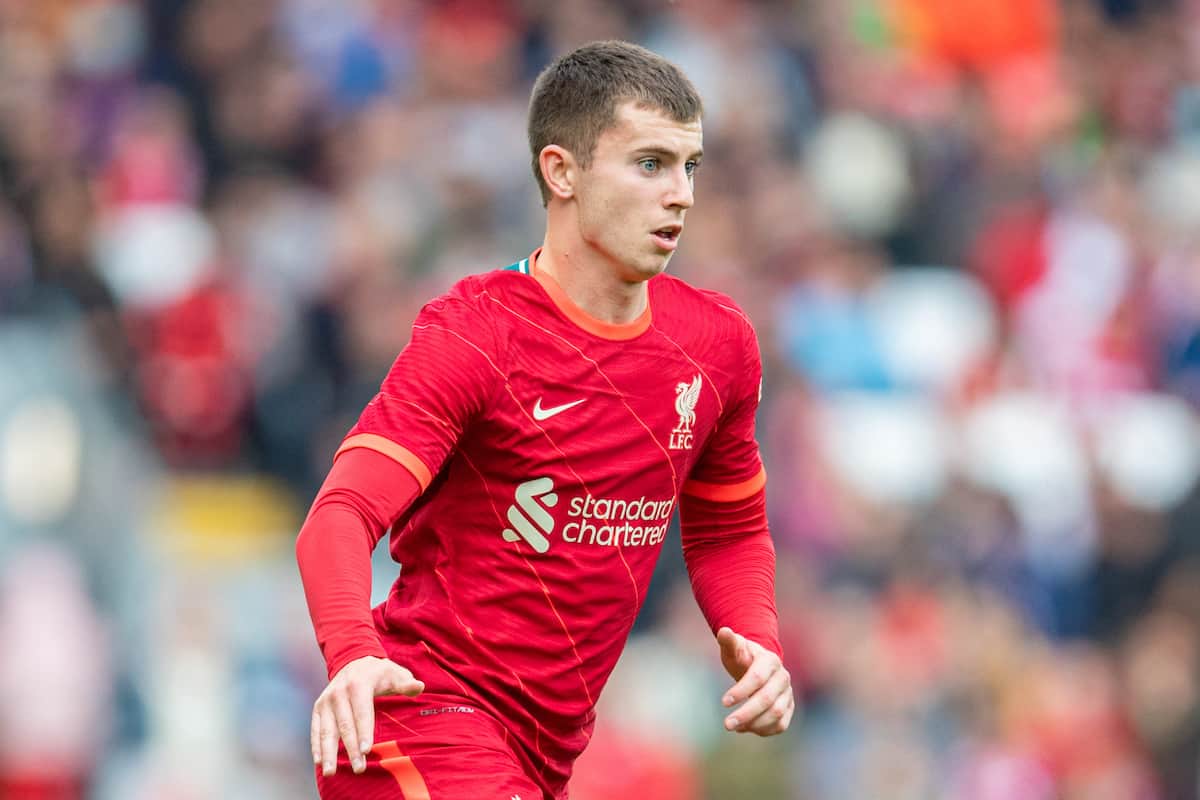 Ben Woodburn continues to attract interest from across the continent as he heads into the final year of his contract, leaving Liverpool open to accept a serious offer.

The last few seasons have been far from smooth sailing for the 21-year-old, with three loan spells not reaping the desired results, largely in part due to injury and COVID-19.

Having broken onto the scene to become Liverpool’s youngest ever goalscorer as a 17-year-old, time is still very much on Woodburn’s side to get his senior career up and running.

Since January he has been with the under-23s while also training with the first team prior to his call-up for Jurgen Klopp‘s pre-season squad, where he would go on to amass 104 minutes across four games.

And he is attracting interest from clubs in Greece, Denmark and Croatia, with teams in the Championship also keeping tabs on his situation, according to the Athletic.

He is thought of highly at Anfield and the report states that the Reds “would at this point be reluctant to allow the attacker to leave,” but as he heads into the final year of his deal a “serious offer” would be considered, and no doubt accepted. 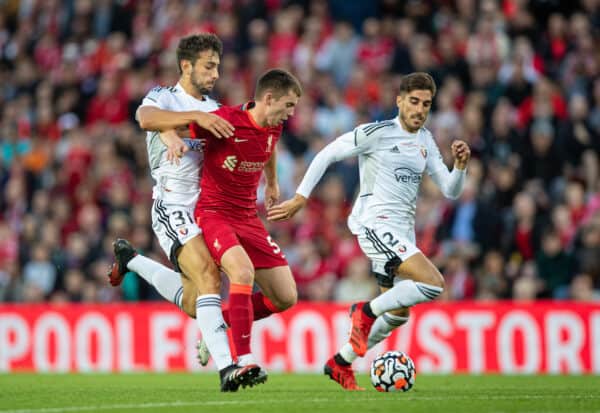 There will be a sense of a duty of care for his future having been at the club since the under-7s level, with the opportunity needing to be the right one.

For the time being, Klopp and co. have been impressed by Woodburn’s showings throughout pre-season, with the manager revealing that he had to overcome a slight injury earlier in the summer.

His 60-minute performance against Osasuna on Monday turned heads even as he was tasked with rotating through the midfield and forward line and Klopp was full of praise.

“He was, unfortunately, a little bit injured in pre-season but around this little break he shows up in a top, top way,” Klopp told LiverpoolFC.com post-match on Monday.

It will come down to the right offer at the right club for Woodburn and Liverpool, with the club still also in the position to keep him on board to take up an all-important homegrown spot for the season.