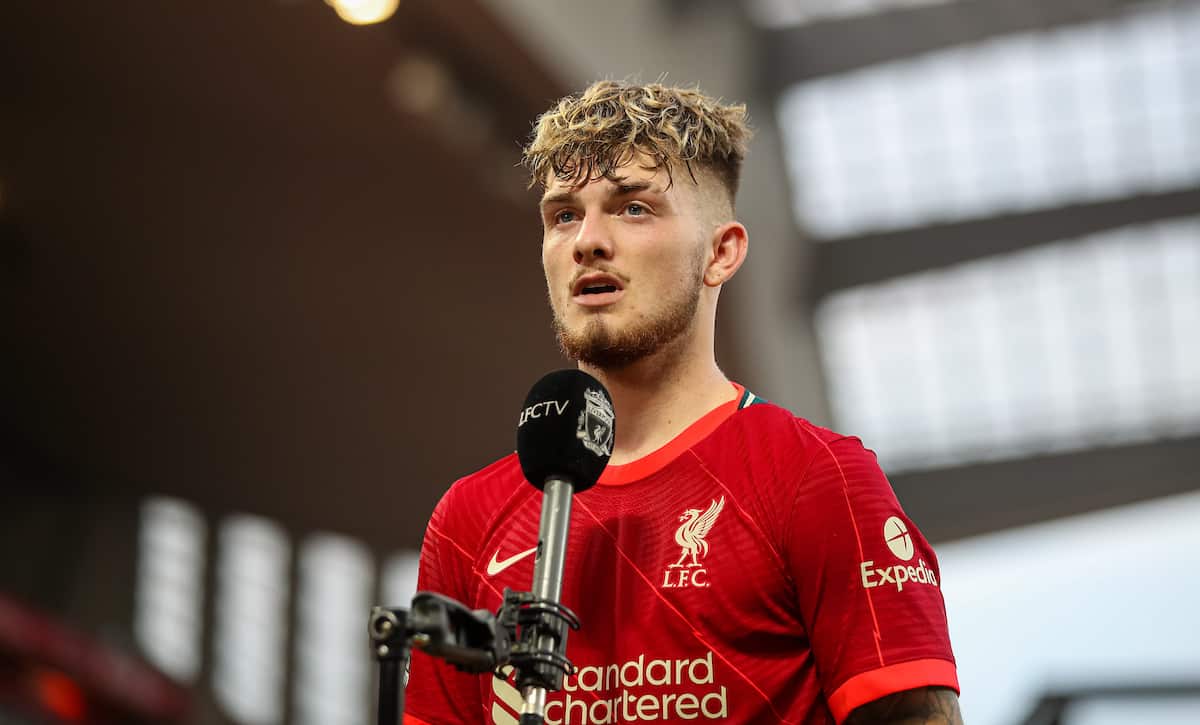 Harvey Elliott continues to live out his boyhood dream and appreciates every opportunity, but the youngster is taking it “bit by bit” as he settles into Jurgen Klopp‘s side.

The 18-year-old started his second Premier League game against Chelsea, retaining his place in the side over the likes of Thiago and Naby Keita.

It was a huge show of faith from the manager and Elliott once again impressed, where he had the second-most touches of any Red with 107, behind only Trent Alexander-Arnold, having played the full 90 minutes.

There was excitement for what Elliott could offer the side in 2021/22 but his early opportunities may have surprised some, and for the No. 67 himself it is all about taking it one step at a time.

A boyhood Red, Elliott understands the club and its values and he is living up to his words that he will “run my socks off until I can’t run anymore.”

“Chelsea are a top-class side and to start against them and play the full 90 and it is a dream come true to play in front of this Anfield crowd as well,” Elliott told LFCTV after the draw with Chelsea.

“Just disappointing not to come away with all three points.

“I take every opportunity in my stride, 10 minutes against Norwich and then my first start against Burnley so just taking it bit by bit. Just grateful for all the opportunities I’ve been given.

“Just thankful for the coaching staff and for the team for believing in me and giving me these opportunities.

“When you’re on the pitch you just have to focus and give it 100 percent and focus on the excitement before and after the game.

“It’s every boy’s dream to play in front of this crowd at Anfield and to put on this red strip and I just want to give 100 percent to the club, I want to play for the club and run my socks off until I can’t run anymore, to be honest.”

Klopp continued to see questions pertaining to Elliott thrown his way post-match after another notable display and he saw the teenager’s desire to never stop first hand.

“He is in the right place. He’s a smart player. He didn’t look tired for a second and kept going.”