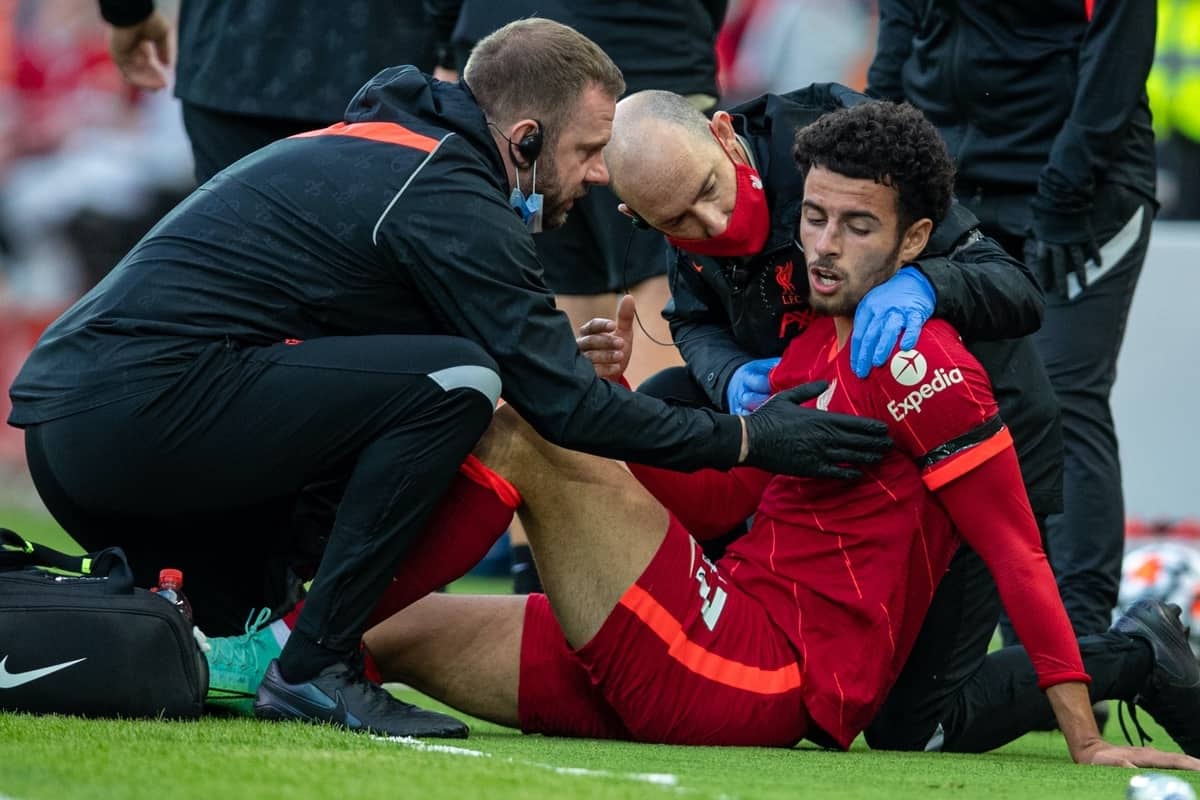 Curtis Jones will not feature in Liverpool’s season opener against Norwich after sustaining a concussion in the friendly against Osasuna.

The attacking midfielder was somewhat in the wars with a collision in the first half which left him with sore ribs, before another incident saw him leave the game early.

Jurgen Klopp has now confirmed he suffered a minor concussion which, although has not had a long-lasting effect, rules the Scouser out of the trip to Carrow Road in line with return to play protocols.

“He had a slight concussion so we just have to follow the protocol,” the manager said to the club site.

“He is fine, he feels fine again, but that’s the protocol. He is available for training from Sunday on I think.”

Liverpool are well-stacked in midfield, so his absence shouldn’t be too costly, though of course it will be a disappointment to Jones himself to miss out at the start of 2021/22.

Naby Keita, James Milner and Alex Oxlade-Chamberlain are among the central options who featured most heavily in pre-season for Klopp, though Fabinho is one who returned later and yet could come straight into the side on Saturday.

Andy Robertson was already ruled out with his ankle injury, meaning Kostas Tsimikas will start left-back – but Klopp isn’t expecting any other absentees. Other than those who had a “shorter pre-season” time than the rest of the squad, the boss said all other players “are healthy” as the new campaign approaches.