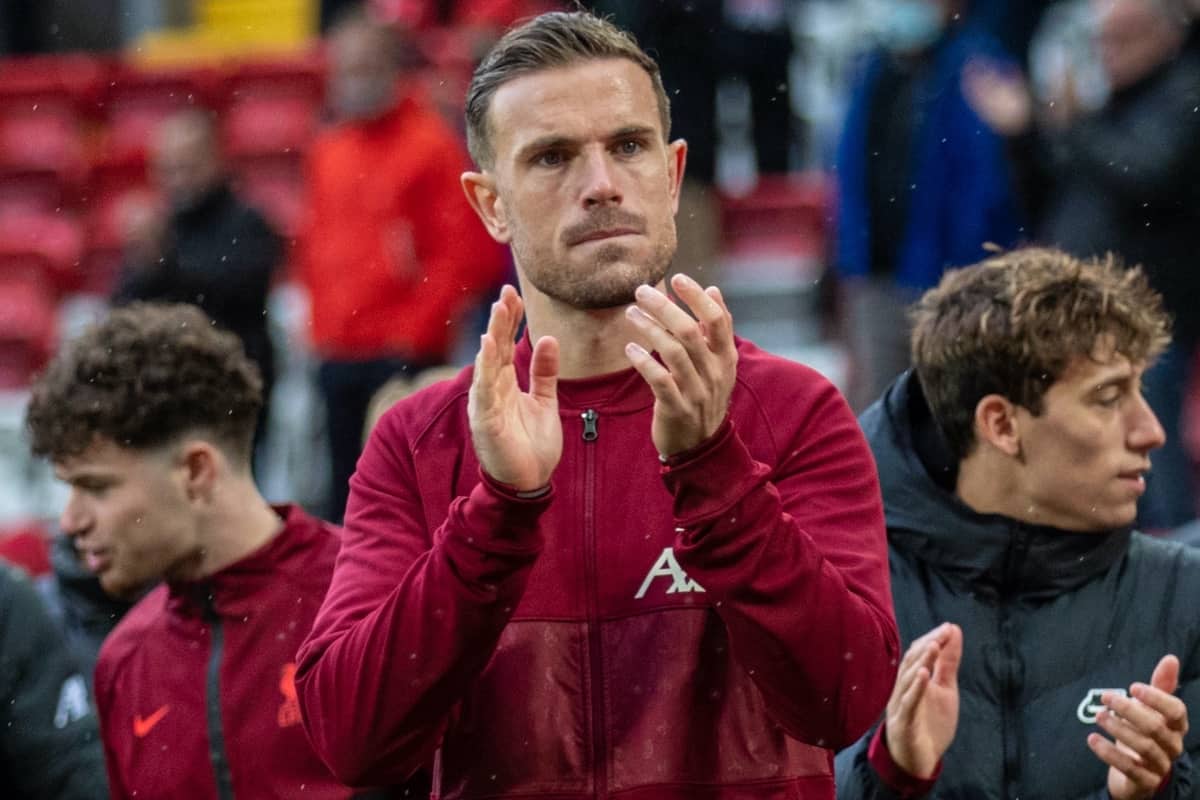 Jordan Henderson is set to miss Liverpool’s pre-season training camp in Evian, with the captain to be given a four-week break following his time at the Euros with England.

The 31-year-old played a bit-part role for England at this summer’s tournament, but trained throughout and featured in five games including the final.

Defeat to Italy at Wembley will have taken its toll on Gareth Southgate and his squad, and rightly Henderson has taken time to recharge ahead of his return to club duty.

Henderson’s summer, which has largely been spent in Spain, has been clouded in uncertainty over his future at Liverpool, following the breakdown of early talks over a new contract.

While he is still expected to stay with the Reds beyond the end of the transfer, interest from the likes of Atletico Madrid, Juventus and Paris Saint-Germain does make it an unsettling time for those watching on.

Not aiding the situation is his continued absence from pre-season training, though this was planned in advance with Klopp eager for his players to all have at least a three-week break.

The manager has now confirmed that Henderson will not be back with the squad until they return to England at the end of next week, ahead of two friendlies against Athletic Club and Osasuna at Anfield.

“Hendo will not be here probably until the end, he will get included in England,” he told LiverpoolFC.com.

“But that’s all planned like this. It’s a challenge every year. Every year.”

Henderson’s late return makes him an immediate doubt for the Premier League opener at Norwich on August 14, which could present an opportunity for the likes of Naby Keita, Curtis Jones and Harvey Elliott.

Keita and Elliott in particular have caught the eye so far in pre-season, with the Guinean one of only five players to clock over 150 minutes on the pitch from the four friendlies, along with Trent Alexander-Arnold, James Milner, Sadio Mane and Mohamed Salah.

It could be that Keita joins Fabinho and Thiago in the three-man unit at Carrow Road, with Henderson more likely an option from the bench as he works himself back to full fitness.

The Liverpool captain has not played for his club since the Merseyside derby on February 20, with a groin injury keeping him out until the final day of the season when he was an unused substitute against Crystal Palace.

Alisson, Fabinho and Roberto Firmino are now back with the Liverpool in Evian, and will begin full training next week.