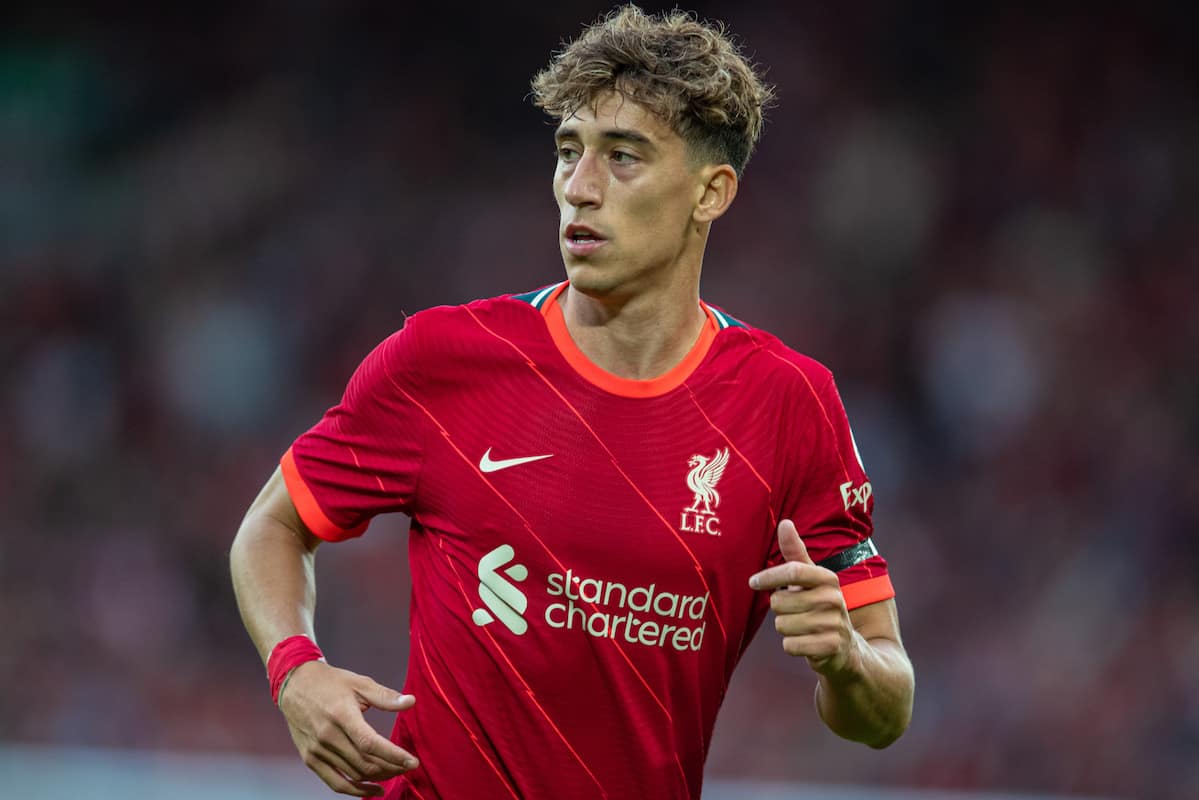 Kostas Tsimikas has just 225 minutes of competitive action under his belt for Liverpool, but that is soon to change with injury opening the door to seize his moment.

The left-back had a far from smooth debut campaign last season, with injury, COVID-19 and the reluctance of Jurgen Klopp to rotate his defensive line further starving him of opportunities.

It would lead to a total of just seven appearances, but none of those would be as part of a starting lineup in the Premier League as Andy Robertson became only the ninth Red since 1992 to start every league game.

But an ankle ligament injury sustained on Sunday is to see the No. 26 sidelined until “before or after” the next international break, which could see him miss up to three or four games.

An opportunity now beckons for Tsimikas who has caught the eye throughout pre-season and enjoyed his best outing against Osasuna, where he showed off his attacking capabilities when supplying an assist for Roberto Firmino.

And for Klopp it is “really good to have Kostas in the back hand,” but his “best game” came at just the right time for Liverpool with his importance to the team rising in an instant.

“Kostas is another one who showed up in pre-season a lot and probably with the best game tonight on top of that, is needed anyway,” Klopp told LFCTV.

While the Reds “got lucky” with Robertson’s injury, Klopp is right in highlighting the importance of Tsimikas enjoying an upward trajectory as the Reds look to make a strong start to 2021/22.

The 25-year-old has endeared himself to his teammates and the fans with his willingness to get stuck into a tackle and have an influence in the final third, there are improvements to be had but he’s shown he is making the right steps.

And instead of turning to James Milner like yesteryear, a first Premier League start awaits for Tsimikas at Norwich where he can show his worth and push both himself and Robertson to greater heights.