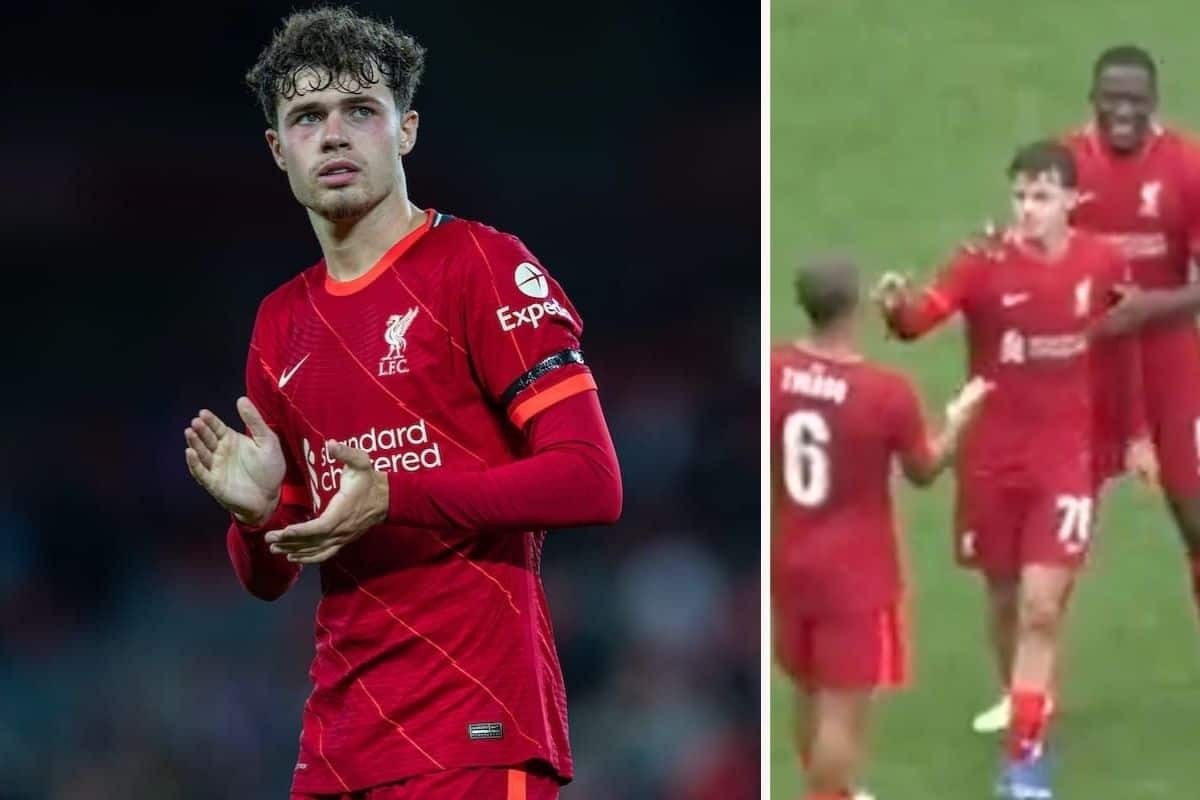 Anfield played host to a valuable behind closed doors friendly over the weekend and Neco Williams caught the eye as he showed off his delightful finish.

With players still working their way back to full fitness and only 14 featuring in the dominant 3-0 win at Norwich, Liverpool did not miss a beat in supplying the squad with another runout.

It came in a secret friendly at Anfield on Sunday, with the Reds emerging as 4-1 victors over Aston Villa as a number of senior faces took to the field.

Curtis Jones, Divock Origi, Kaide Gordon and Williams would etch their name on the scoresheet with many of those left out in the Premier League opener taking part.

But it was Williams who got fans talking after posting footage of his goal on social media, which showed the right-back refusing to give up on the play before being duly rewarded:

Winning the ball high up before driving into the final third will have pleased Jurgen Klopp and co. but his second effort to stay alert after his first shot rebounded will have only impressed further.

And his goal got fans talking:

WTF what a goal. The pressing aswel in this video. Wow https://t.co/ngLAdkI3yQ

Persistence paying off for the #LFC youngster here https://t.co/57bEqaFhSM

Neco Williams has mad potential. You might disagree tho. It’s fine

When did Neco Williams turn into peak Cafu. https://t.co/d06MjDP6zx

Would love to see more of this from the guy https://t.co/ohR3HwzQ9y

Friendly game or not, this is a certifiable world-class goal. https://t.co/mJ6uSoe9VB

The 20-year-old has been the subject of transfer speculation this summer with Liverpool having reported to be willing to let Williams leave should their valuation of £10 million be met.

Behind the ever-present Trent Alexander-Arnold in the pecking order, a move was not unreasonable with minutes to prove hard to come by once more this season.

But it is now expected that the Wales international is to remain at Anfield and the Reds will hope there is more of where his goal came from as he continues to develop.