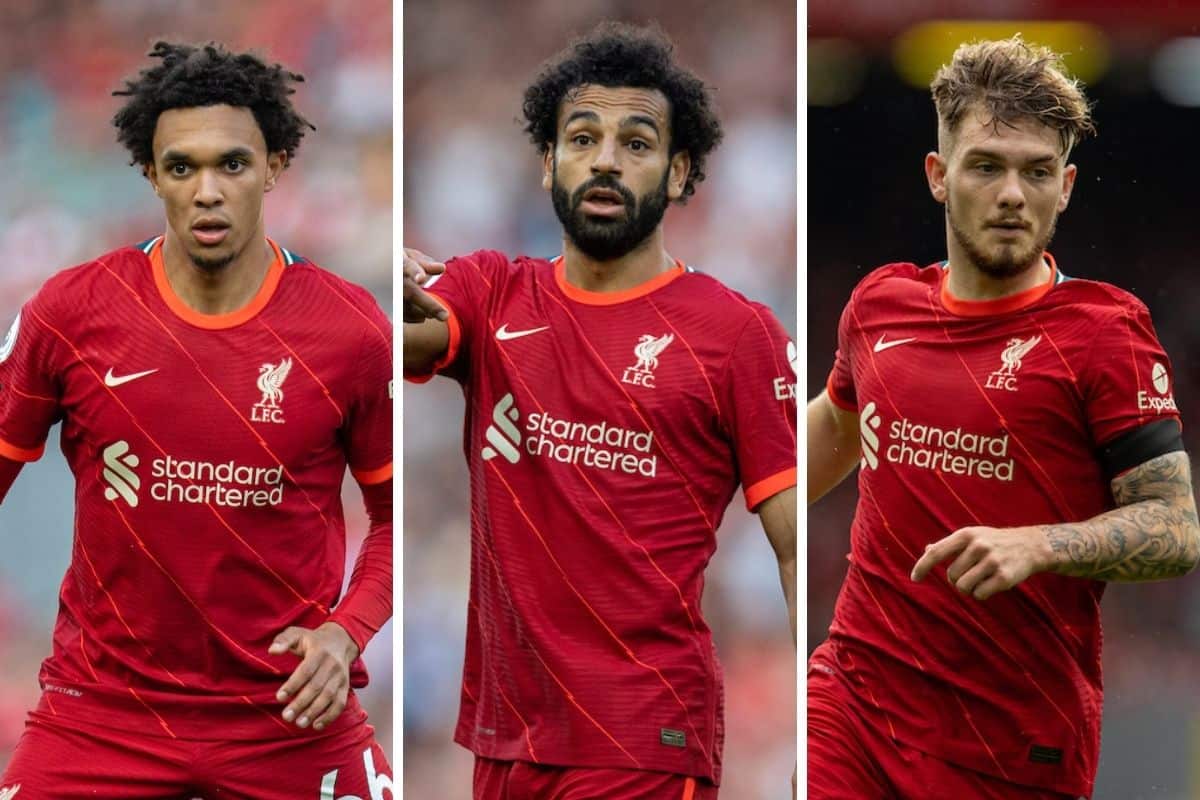 Liverpool have a new triangle up their sleeve this season, with Harvey Elliott adding to the already scintillating partnership that exists between Trent Alexander-Arnold and Mo Salah.

The Reds may have kept their transfer activity to a minimum this summer, but Jurgen Klopp has drafted Elliott into his team, where he is to stay.

The 18-year-old made his second successive Premier League start against Chelsea, lining up on the right side of midfield alongside Fabinho and Jordan Henderson.

It is there where he continued to make an impression, readily involved in the play and living up to his bid to “run my socks off until I can’t run anymore.”

Klopp praised his performance and commented on the effectiveness of the establishment of a ‘new triangle’ involving Elliott, Alexander-Arnold and Salah.

“The triangle on the right-hand side worked pretty well,” Klopp said. “That’s important for us, the understanding between Mo, Trent and Harvey is really good. Three footballers on this side works really well.”

And a pass map shared on reddit by u/BillOakley offers a clear visual representation of the trio’s influence in the game: 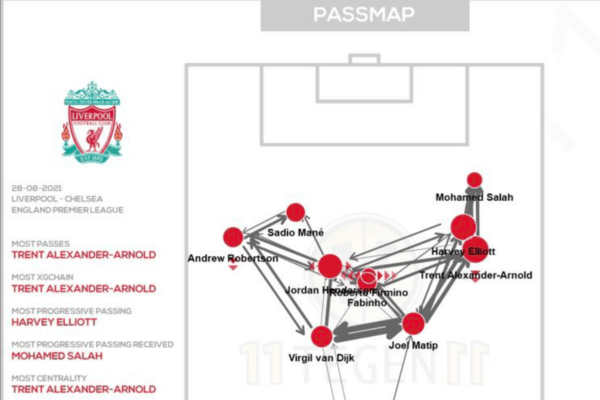 It was their second start as a ‘triangle’ unit and they were the most progressive combination, with Salah often played into space by one of Elliott or Alexander-Arnold down the wing.

The No. 66 and 67 led the way in touches for the Reds against Chelsea, with 112 and 107 respectively, as Liverpool continually targeted the visitors’ left-hand side.

With a similar desire to pull out to the right and then cut inside, one could be critical in that they were sometimes too close together when trying to force gaps into Chelsea‘s low block.

However, they were the brightest on the day and their interchange was particularly impressive, notably Elliott being credited with playing the most progressive passes and Salah being the one on the receiving end.

They had their hands on everything and they will only get better over time.

When you then compare their influence to the triangle of Andy Robertson, Jordan Henderson and Sadio Mane, it’s night and day but the Reds will need both sides firing to ensure their attack is not one dimensional.