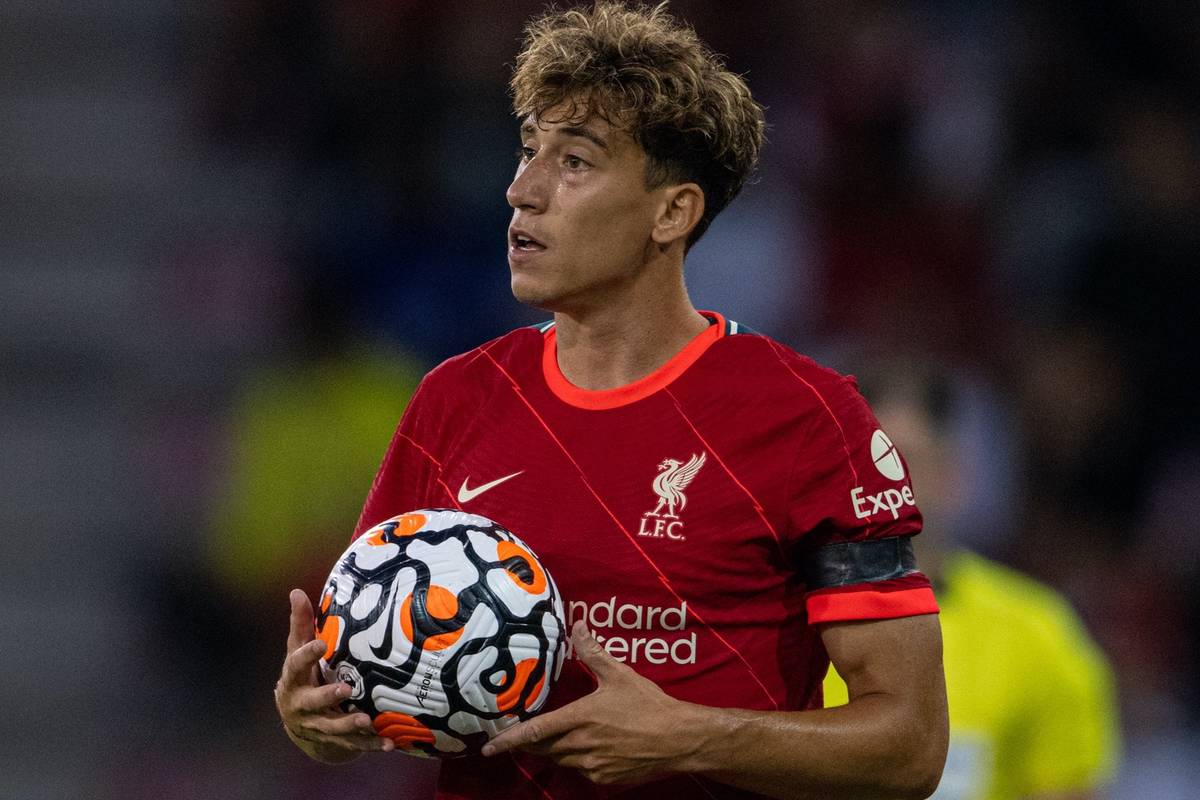 Liverpool take on Osasuna in their final friendly of pre-season on Monday night, with Kostas Tsimikas set to start in a big chance following Andy Robertson‘s ankle injury.

On Sunday, the Reds returned to Anfield for their first game in front of a sizeable crowd in 515 days, as around 40,000 fans were permitted for the penultimate game of pre-season.

Tonight brings the closing friendly of the warmup schedule, and a similar number of supporters are expected to flock to the red side of Stanley Park to get a glimpse of Jurgen Klopp‘s side in action.

Klopp effectively named his strongest side – or at least that closest to what should be seen on the opening day of the Premier League at Norwich – in the 1-1 draw with Athletic Club.

But there could be further hints of who is closest to top form as Liverpool take on Osasuna in a tribute to the late Michael Robinson, namely with the performance of Tsimikas.

With Robertson likely to be sidelined for the start of the season with an ankle injury, Tsimikas‘ place in the starting lineup tonight gives him a chance to build on an impressive pre-season.

The Greek should join Neco Williams, Joe Gomez and Ibrahima Konate in the back four, with Caoimhin Kelleher between the sticks.

Fabinho will pick up more minutes in midfield ahead of a potential start at Carrow Road, with Curtis Jones and Alex Oxlade-Chamberlain the most feasible starters in the advanced midfield positions.

With Roberto Firmino leading the line in attack, Xherdan Shaqiri and Takumi Minamino could reprise their roles from the 1-0 victory over Bologna on either flank.

There are other options, though, namely Leighton Clarkson in midfield and Divock Origi in attack, but this is Klopp’s most likely XI ahead of kickoff.

Joining Clarkson and Origi among the substitutes will be Thiago and Jordan Henderson, who the manager has already confirmed will feature, as well as Nat Phillips, Adrian and possibly youngsters such as Kaide Gordon, Billy Koumetio and Conor Bradley. 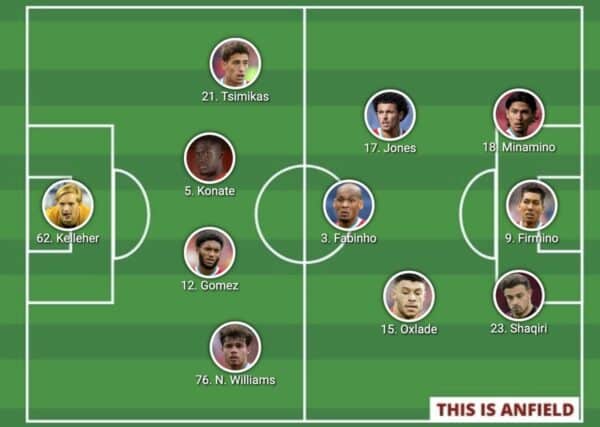