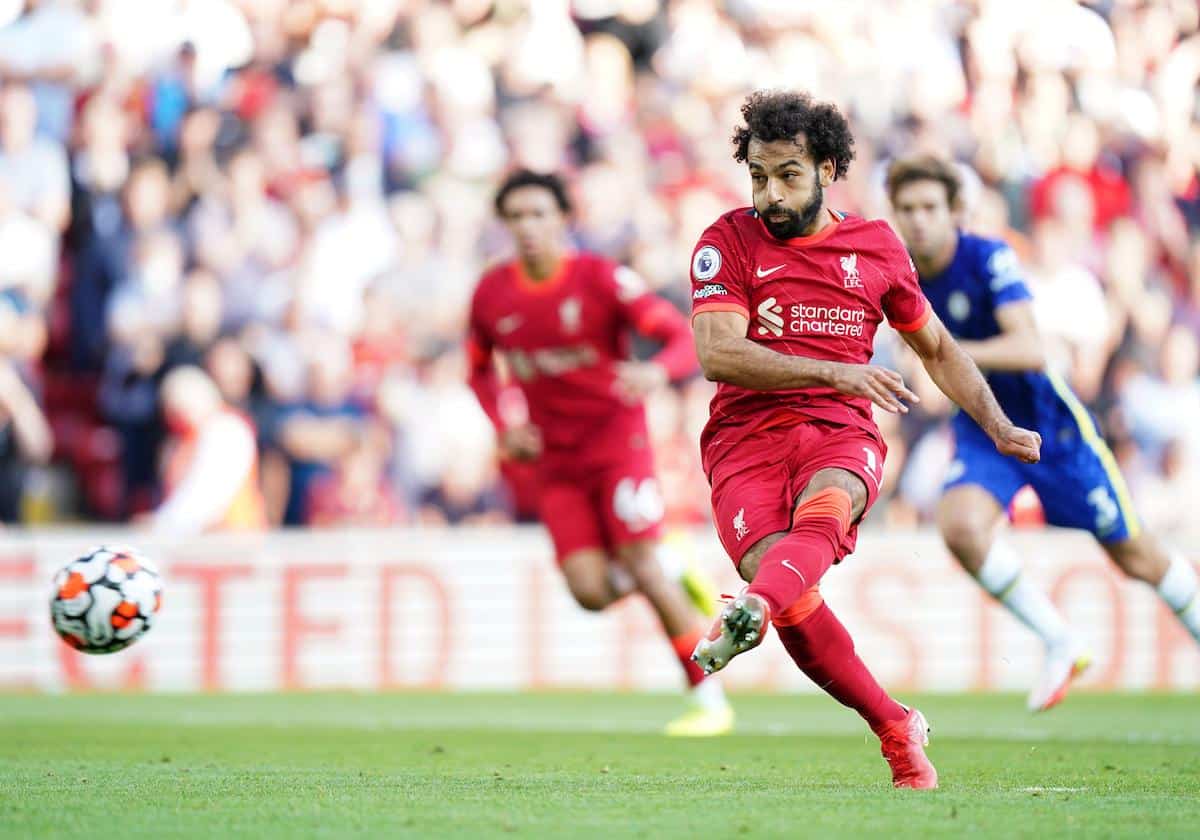 Mohamed Salah has the best penalty streak of any Premier League player for over two decades, having again scored from the spot against former side Chelsea on Saturday.

The Egyptian’s spot-kick levelled the scores at Anfield following Kai Havertz’s first-half header, with the two sides eventually settling for a share of the points.

It was an ultimately disappointing result for the Reds, but having avoided defeat after an early scare Jurgen Klopp and his side can still take the positives into the international break.

For Salah, it was another goal closer to a Premier League century, scoring his 99th in the English top flight over spells with Chelsea and Liverpool.

According to Opta, this sees him hold the record for the longest Premier League penalty streak since 2000, with no other player netting 14 in a row in that time without missing at least one.

In the history of the Premier League, in fact, only Matt Le Tissier has enjoyed a longer run of penalties without missing – his being a 23-penalty run from 1994 to 2000:

14 – Mohamed Salah has scored each of his last 14 Premier League penalties – only Matt Le Tissier (23 in a row between 1994 and 2000) has had a longer consecutive run of scoring from the spot without missing in Premier League history. Assured. #LIVCHE https://t.co/jAX50f8l4a

Opta also noted how Liverpool have now scored each of their last 20 spot-kicks in the league, with James Milner responsible for five of those and Roberto Firmino the other.

The last Reds player to miss a penalty in the league, of course, was Salah against Huddersfield in 2017 – but he has also netted three others since then in the Champions League, including in the 2019 final.

In fact, out of his 18 spot-kicks taken since joining Liverpool four years ago, the 29-year-old has only missed once, with the Egyptian King also very much the penalty king.