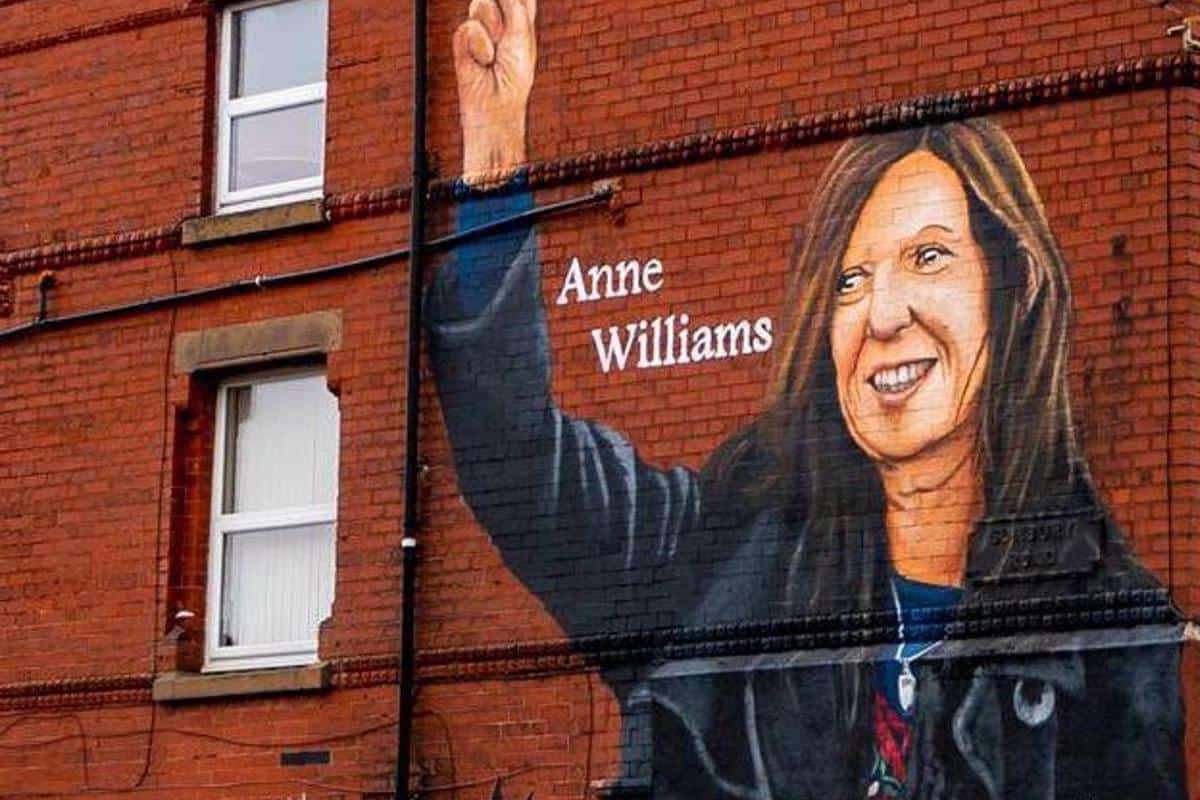 A new mural has been completed in the Anfield area, with the design paying tribute to the late Anne Williams, who campaigned for justice after the Hillsborough disaster.

Williams lost her son Kevin to the tragedy in Sheffield in 1989, one of 97 fatalities to a dreadful day that has impacted so many lives in the decades since.

She earned the nickname of the Iron Lady due to her resolve in fighting for justice, for her son and his fellow supporters who lost their lives at Hillsborough, campaigning tirelessly.

Though Williams passed away, following a battle with cancer, before the 2016 justice verdict, she was pivotal in the process as the 97 were deemed to have been unlawfully killed.

A banner in tribute to Williams is often displayed at Anfield, and now she has been honoured with a new mural on Anfield Road, a two-minute walk from the stadium.

The mural, painted by artist Paul Curtis, depicts Williams holding her fist aloft in celebration of the Hillsborough Independent Panel in 2012, which quashed the initial inquest verdicts. 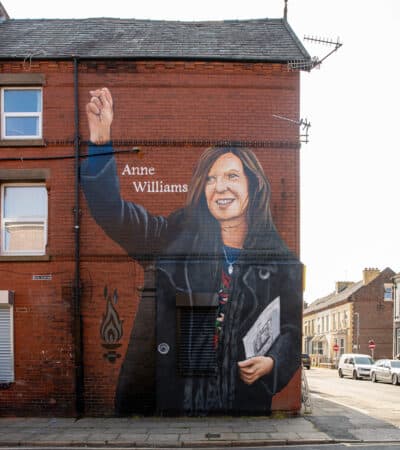 Curtis is also responsible for the Jordan Henderson mural on Old Barn Road, the Steven Gerrard and Jamie Carragher mural at Hotel Anfield and two more at Jurgen’s Bar in the city.

“Coming from Liverpool, you’re always aware of Hillsborough and how it’s affected so many people and how we’re perceived, it’s part of the fabric of the city now,” he told the Liverpool Echo.

“It’s an honour to be asked to do this because of what Anne, the other families and the survivors went through and how they kept fighting for the truth for so many years.

“Everyone knows how important this is to the city and I’m very conscious of that. 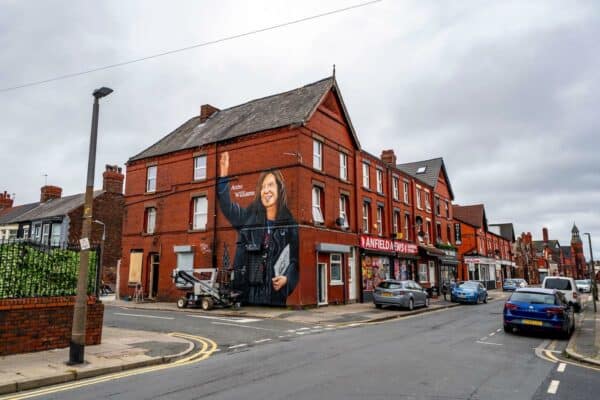 “Anne is a heroic figure to many people because she represents that attitude of never giving in when faced with a terrible situation and all the unfair decisions and obstacles which were put in the way of justice.

“She kept going through it all and I think that’s the kind of spirit people relate to in Liverpool so it’s really nice this tribute is now there in memory of her.”

The mural was commissioned by Rupen Ganatra, a friend of Williams and her family, with her daughter Sara saying it “means the world” to her.