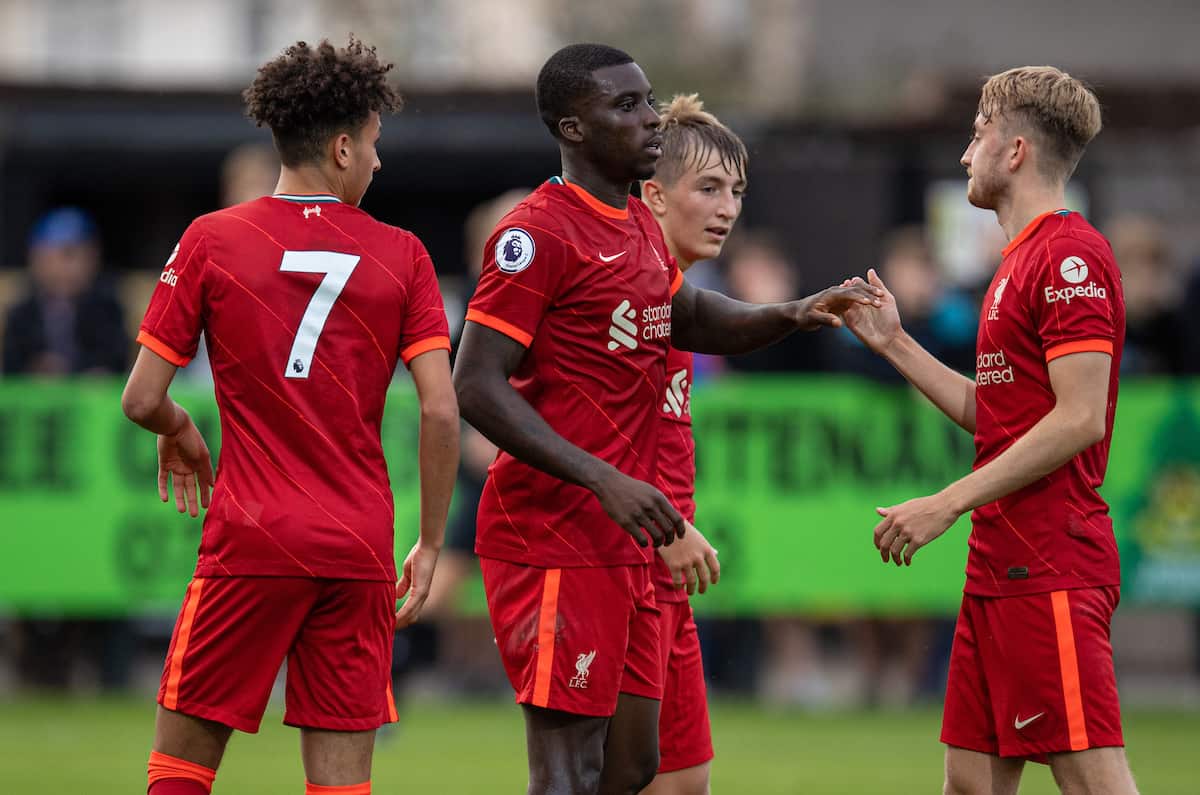 Liverpool had two goalscorers eight years apart as the under-23s thumped Everton on the way to a 3-1 victory, as Sheyi Ojo and Kaide Gordon both found the back of the net.

It is four-and-a-half years since Ojo’s last competitive outing for the Reds’ first team, with the winger taking in loan spells with Fulham, Stade de Reims, Rangers and Cardiff since then.

Omitted from the senior squad for pre-season, he has been training with the U23s since his return to Kirkby, and on Monday night was named in Barry Lewtas‘ starting lineup.

At 24, Ojo is considered an over-age player in 2, and he was certainly the most experienced as he took to the field alongside the likes of 16-year-old Gordon and 18-year-olds Max Woltman, Tyler Morton and Conor Bradley.

It was a particularly strong side as the young Reds looked to seal victory in the Merseyside derby, with Rhys Williams, Owen Beck and Jake Cain also among the starters.

Liverpool dominated from the start as a result, with Everton clinging on with two goal-line clearances to deny Beck and Woltman, before Ojo broke the deadlock after a brilliant piece of play from captain Tom Clayton. 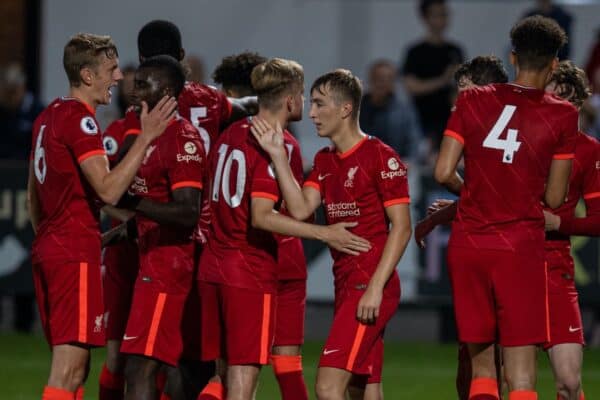 Though the momentum shifted slightly after the break, Lewtas’ side were still able to make their quality count as Gordon netted his second goal at U23s level.

There was perhaps an element of fortune as his long-range effort dipped under goalkeeper Zan-Luk Leban, but the 16-year-old showed his ability as he made it difficult from distance.

With just a week remaining of the transfer window, it is unlikely this squad will remain together for the long-term, but the performances of those expected to remain – including Bradley, who assisted both Gordon and Woltman – are a sign of things to come.

For Ojo, he will perhaps be hoping this was his last appearance for the U23s, as either a loan or a permanent exit beckons before August 31.