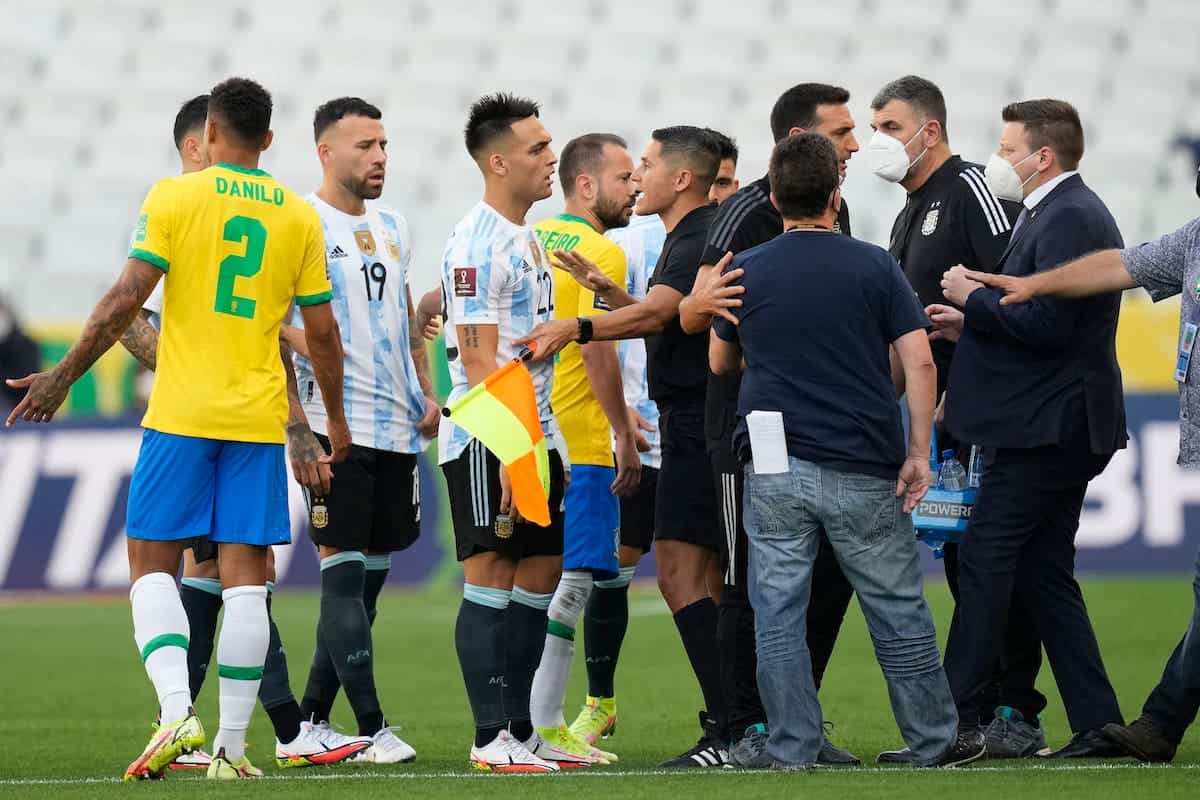 Liverpool were among the Premier League clubs to deny their players call-ups to red-listed countries for the international break, which has proved to be a smart move.

Last month, a Premier League statement confirmed the stance to “reluctantly but unanimously” deny the release of players for friendlies and qualifiers in countries on the UK government’s red list for travel.

The issue arose with the lack of an exemption for elite-level athletes from quarantine rules when arriving back into the country.

If Alisson, Fabinho and Roberto Firmino had travelled for Brazil’s World Cup qualifiers away to Chile and at home to Argentina and Peru, they would have been required to isolate for 10 days upon their return to England.

The same stance was taken with Mohamed Salah ahead of Egypt’s qualifier against Angola last week, though the No. 11 was permitted to travel for their second clash on Sunday due to Gabon being on the amber list.

Aston Villa and Tottenham, however, broke ranks as they allowed their players to join the Argentina squad to play Venezuela and Brazil.

Emi Martinez, Cristian Romero, Giovani Lo Celso and Emi Buendia joined their national team, with Villa believed to have an agreement that would see Martinez and Buendia released early so as to miss only one Premier League fixture.

Now, though, incredible scenes in Sao Paulo have shrouded the whole situation in farce as health officials came onto the pitch to stop the game.

Under rules from the Brazilian government, anyone travelling to Brazil that has been in the UK at any point in the 14 days prior must quarantine for 14 days upon their arrival.

Health agency Anvisa has confirmed that Martinez, Romero, Lo Celso and Buendia provided false statement on their whereabouts before flying to Brazil, with their actions at the Corinthians Arena taken to deport the quartet.

The World Cup qualifier was postponed and Brazil are now left to prepare for their final game of the break at home to Peru on September 10.

While the rules state that Brazilian nationals are not required to isolate regardless of where they have arrived from – meaning Alisson and Fabinho would have been able to play as normal – it is clear that Premier League clubs were right to take their stance.

If Liverpool had released their three Brazil players – with Roberto Firmino called up prior to his hamstring injury against Chelsea – they would have missed the clashes with Leeds, AC Milan and Crystal Palace at the very least.

Meanwhile, Villa and Spurs were said to have frustrated their fellow Premier League clubs by allowing their players to join the Argentina squad in the first place, and now they will be without them for at least this weekend’s games.

Villa midfielder Buendia was not even included in the squad to play either Venezuela or Brazil, with his first call-up proving to be a laughable waste of time.