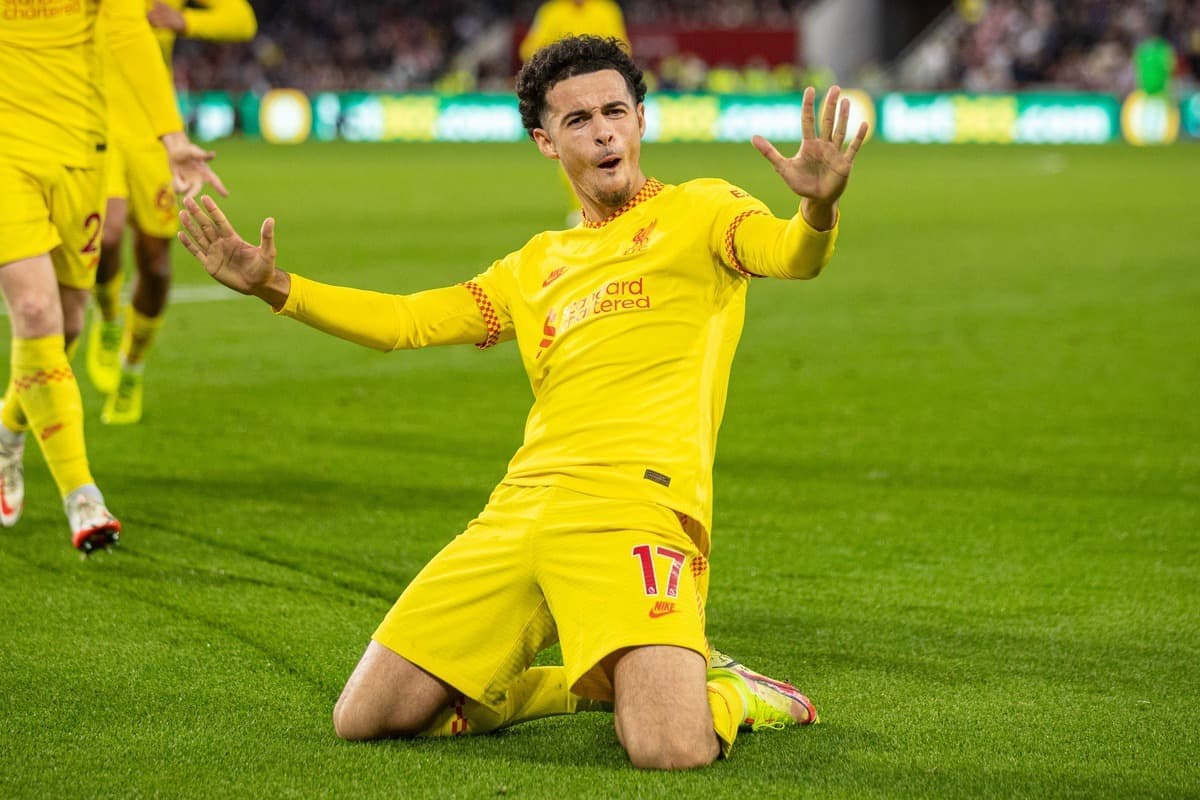 Not many players covered themselves in glory during Liverpool’s 3-3 draw away to Brentford, with the defensive efforts bordering on shambolic.

The Reds faced the Bees for the first time in the Premier League and a fascinating game was played out in west London.

Ethan Pinnock opened the scoring for Brentford, but Diogo Jota swiftly equalised with a well-taken header before half-time.

Mohamed Salah put Liverpool in front after a VAR check, but the hosts wouldn’t go away, with Vitaly Janelt making it 2-2 soon after.

When Curtis Jones fired home from distance the Reds seemed to be on their way to victory, only for Yoane Wissa to earn his side a point. 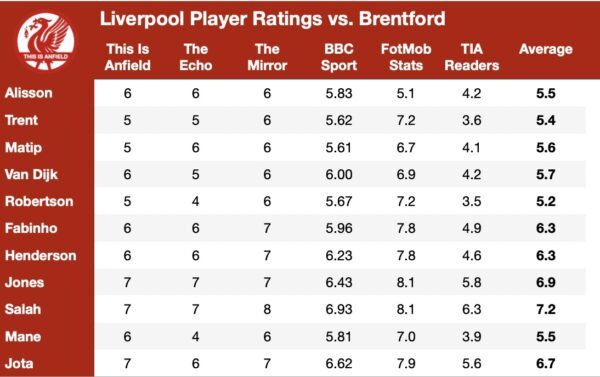 Salah (7.2) was deemed Liverpool’s star man at the Community Stadium, on another record-breaking night for him.

He became the fastest-ever Reds player to reach 100 top-flight goals, achieving the feat in a staggering 151 appearances.

TIA’s Jack Lusby described Salah as a “nuisance throughout,” even though he “wasted a one-on-one with David Raya.”

Meanwhile, Ian Doyle of the Echo felt the Egyptian “did well” in the lead up to Jota making it 1-1 before half-time.

Next up in the ratings was Jones (6.9), who did well in midfield and scored a superb goal, albeit with the aid of a deflection.

The 20-year-old was “the one Liverpool player instantly up to speed with the battle,” according to Doyle, while FotMob noted that he enjoyed an 88 percent pass completion rate.

In third place was Jota (6.7), with Lusby saying he “pressed relentlessly” and “rose expertly to head home the equaliser.”

The Mirror‘s Jacob Murtagh claimed the Scot “switched off” for Pinnock’s goal, summing up a sloppy evening.

There’s little rest for Liverpool before their next game, with a Champions League trip to Porto to look forward to on Tuesday (8pm BST).