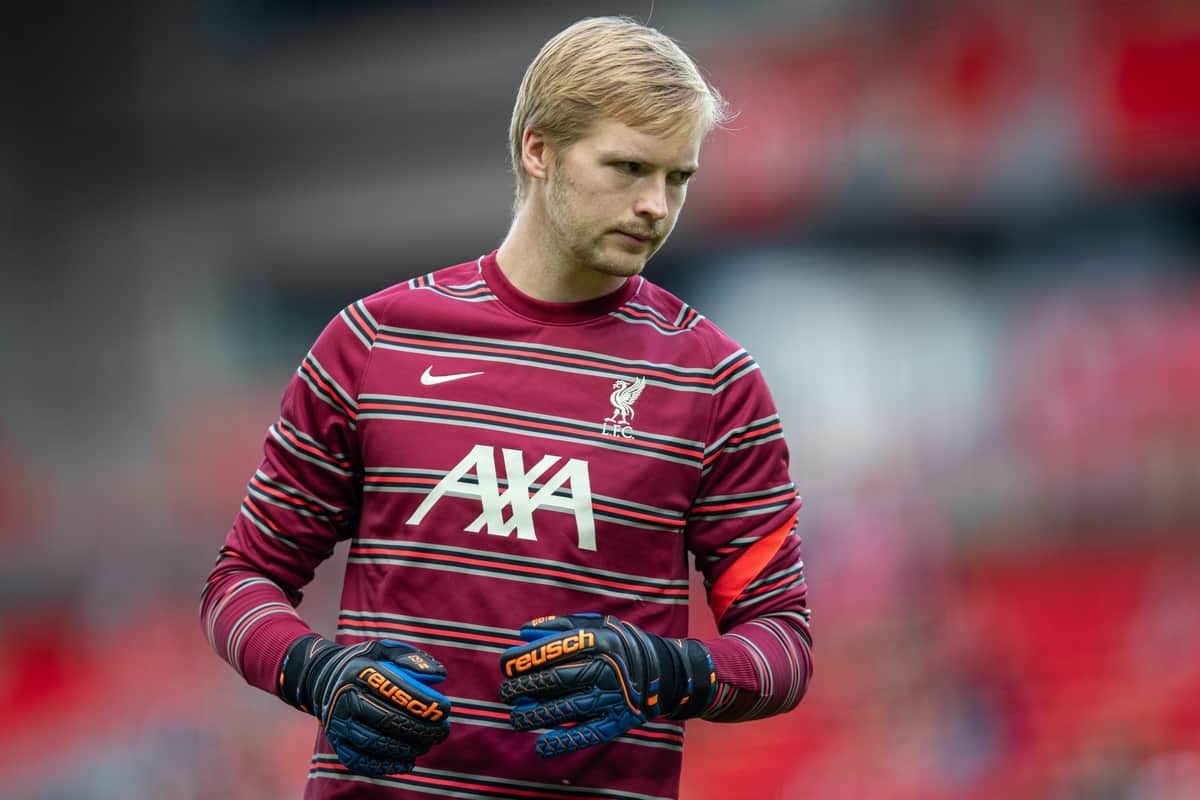 Republic of Ireland manager Stephen Kenny has explicitly pointed out how Caoimhin Kelleher is not being picked to start for his country as he is “not playing” for Liverpool.

Kelleher has been a regular in the Ireland senior squad over the past year, having been first called up in 2018, but so far he has only made a 45-minute substitute appearance.

This month’s clashes with Portugal, Azerbaijan and Serbia saw Man City goalkeeper Gazin Bazanu – currently on loan with League One side Portsmouth – preferred as Kenny’s No. 1.

Bazanu, three years Kelleher’s junior at 19, impressed as he saved a penalty from Cristiano Ronaldo, strengthening his claim as first choice while the Liverpool stopper watched on from the bench.

Kenny has already confirmed Kelleher would make his first start in next month’s friendly clash with Qatar, but his comments on why he selected Bazanu ahead of him suggest there could be a decision to make in the future.

“It’s a tight decision as I regard Caoimhin Kelleher so highly as he’s an exceptional goalkeeper,” the manager explained, as quoted by the Irish Mirror.

“But it’s just that he’s not playing.”

Ironically, Kelleher could make his first appearance of the season on Sunday if Alisson is blocked from playing Leeds by FIFA, but Kenny’s assertion is a realistic one.

Bazanu – who was a target for Liverpool prior to his move from Shamrock Rovers to City in 2019 – has already made four appearances for Portsmouth this season, keeping three clean sheets.

Though he is playing in League One, which is far removed from the Premier League and Champions League football on offer to Kelleher if Alisson is sidelined, that he isn’t a regular starter is holding the Reds’ No. 62 back.

The 22-year-old was close to a loan switch to the Eredivisie in 2020, but injury to Alisson saw him retained ahead of a campaign that saw him move above Adrian in the pecking order. 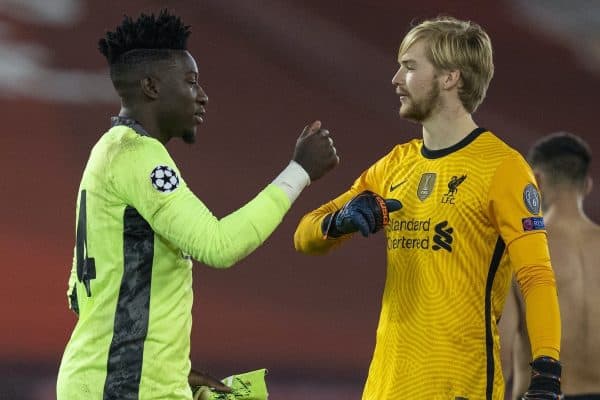 Five appearances later – including clean sheets against Ajax and Wolves – and Kelleher was handed a new five-year deal earlier this summer, but there is no avoiding the fact he remains second choice.

It would appear that if he is to stake his claim as No. 1 for Ireland, which would be a major accolade, Kelleher will need to be playing regular first-team football.

The only options, surely, are either a long-term injury to Alisson or a temporary move away from Liverpool, but neither situation will be appealing to the club.

A vicious cycle awaits Kelleher, then, with no obvious solution in sight.