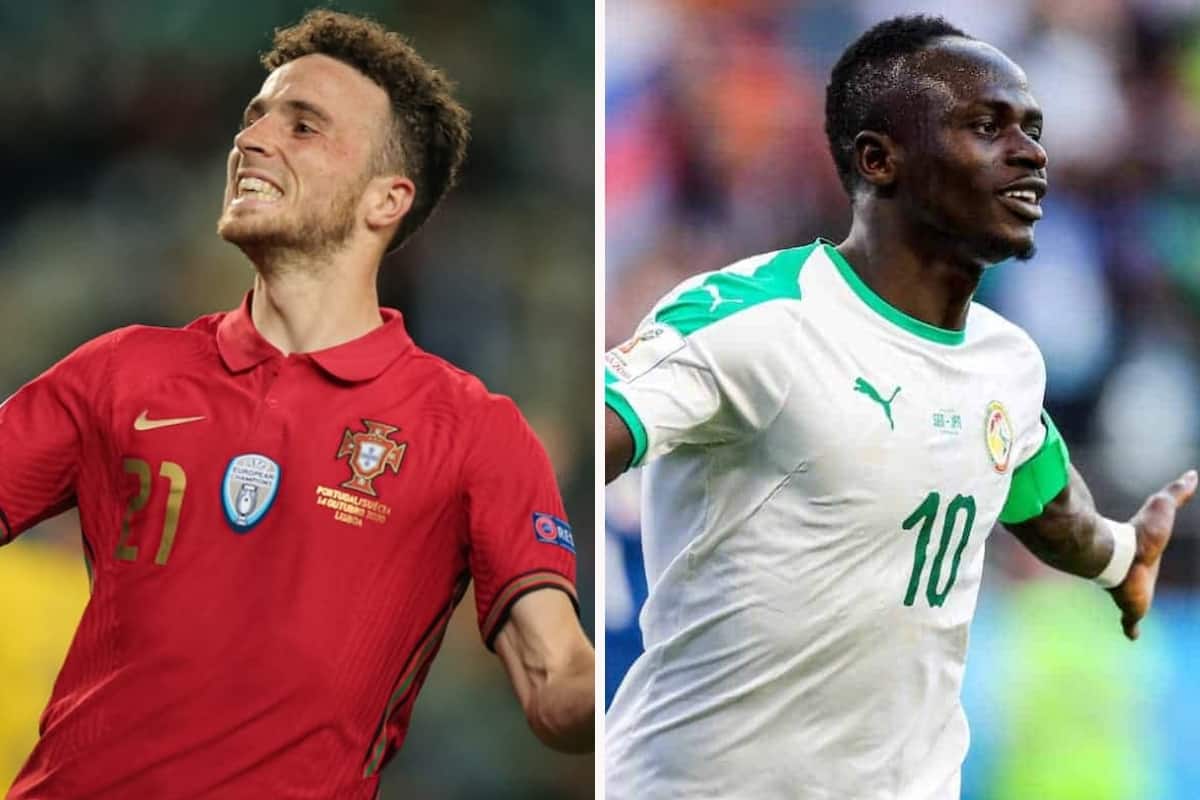 Diogo Jota and Sadio Mane were both on the scoresheet in their final fixtures of the international break, while Virgil van Dijk avoided an injury scare for the Netherlands.

The break is almost over and Jurgen Klopp has started to welcome his Liverpool players back to Kirkby as preparations begin for Sunday’s trip to Leeds.

It has been a largely quiet interval for the Reds, with few standout displays, though injuries forced Takumi Minamino and Harvey Elliott to both pull out of duty.

Hopefully, no further setbacks will arise from the games away from Merseyside, with Van Dijk allaying fears of a problem of his own after taking a nasty blow in the Netherlands’ 6-1 thrashing of Turkey.

Van Dijk played all 90 minutes in a game that saw Turkey’s Caglar Soyuncu continue a frustrating run of form with a red card, while Memphis Depay made it five goals for the break with a hat-trick.

Diogo Jota made a big impact as Portugal sealed a 3-0 World Cup qualifier win over Azerbaijan, setting up the second goal of the night for Andre Silva with a smart cutback before heading home the clincher late on.

The 24-year-old played 78 minutes and really should have got another goal as goalkeeper Sahruddin Mehemmedeliyev made a double save with Jota blasting it low towards him twice.

Sadio Mane also got on the scoresheet as he won and converted a penalty to seal Senegal’s 3-1 victory over Congo, picking up a yellow card as he lasted the full 90 minutes.

Andy Robertson made his third consecutive start of the break for Scotland and played the whole game as Scotland sealed an impressive 1-0 win over Austria.

Neither Caoimhin Kelleher nor Sepp van den Berg were in action for the Republic of Ireland or the Netherlands under-21s respectively, watching on as unused substitutes.

Wednesday brings the final day of internationals, with Jordan Henderson, Trent Alexander-Arnold, Kostas Tsimikas, Conor Bradley and Ben Woodburn all potentially in action for their countries.