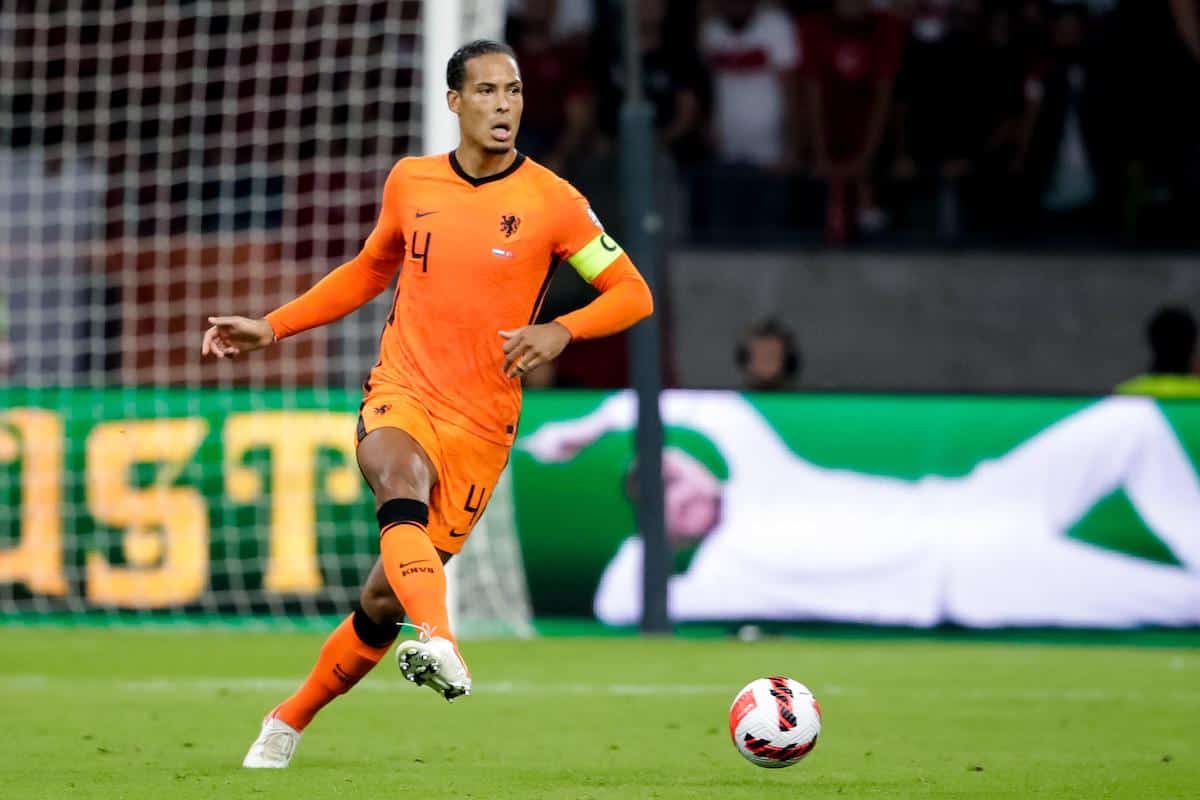 Virgil van Dijk has allayed fears of an injury while playing for the Netherlands on Tuesday night.

The Dutch captain and Liverpool key man went down in injury time, holding his right ankle after a collision.

That, of course, led to dramatic concern on social media, but speaking post-match Van Dijk said: “I’m fine, luckily. I’m already over it.”

The 30-year-old was walking fine when with his teammates at the end of the match and he explained further, saying: “I already had a yellow card, so I didn’t want to take too much risk. Maybe it is thought that I was acting because I am big. A hit like that is never fun, but it’s part of it.”

Turkey pull one back but what’s more worrying is Virgil van Dijk who is on the ground with lots of pain…. pic.twitter.com/VuMDQ7v8zl

Liverpool and the player will now be hoping that nothing materialises from the impact in the coming hours, with Van Dijk due back on Merseyside on Thursday ahead of Sunday’s trip to Leeds United in the Premier League.

Tweeting post-match, Van Dijk made no mention of the supposed injury, instead focussing on “a tough couple of weeks ahead” back with Liverpool – with seven games in 21 days before the next international break in October.

Proud captain today, great performance all round. What a great atmosphere too! Now time to head back to Liverpool and prepare for a tough couple of weeks ahead ? pic.twitter.com/mCy3paPdul

Netherlands beat Turkey 6-1 on the night, with Memphis Depay hitting a hat-trick.

Van Dijk played in two of their three matches during this international break, sensibly sitting out the middle game against Montenegro on Saturday.