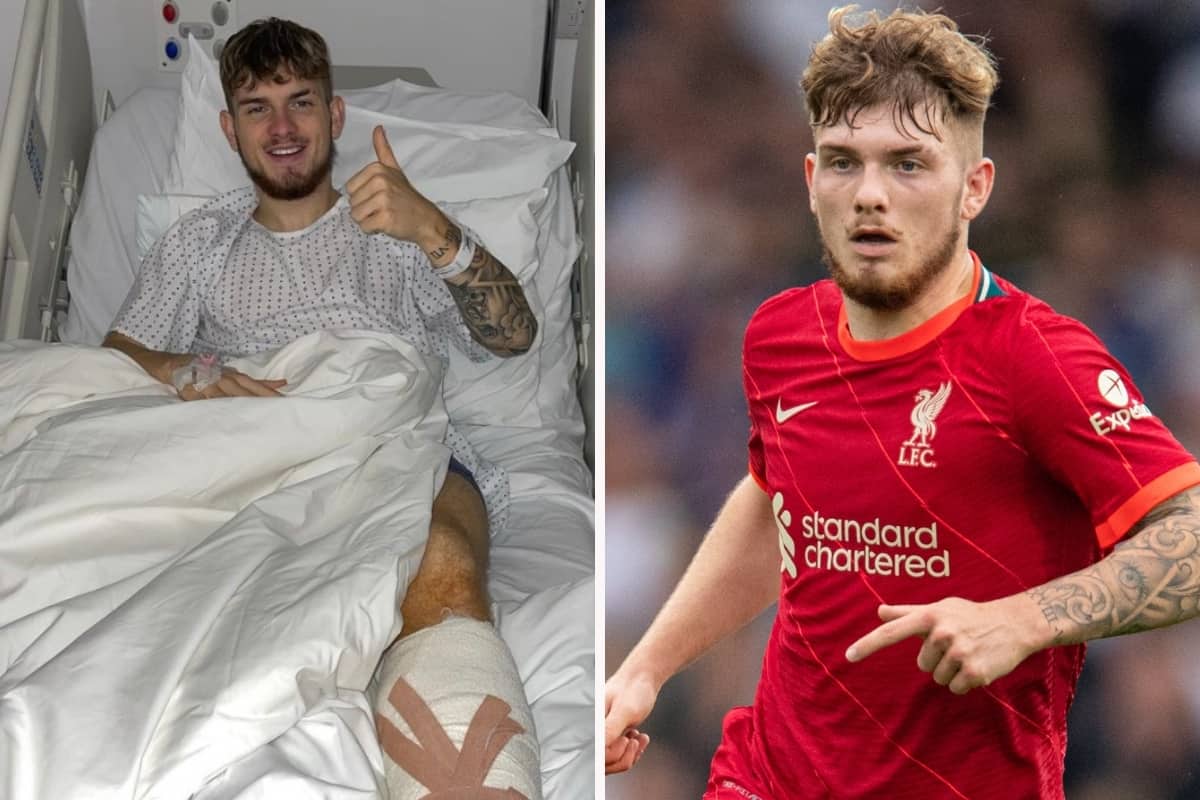 Liverpool are confident Harvey Elliott will play again this season after undergoing successful surgery on Tuesday, but the club will place no timescale on his recovery.

Elliott travelled to London at the start of the week ahead of surgery, having suffered a fracture dislocation of his left ankle joint in Sunday’s 3-0 win over Leeds.

The teenager went under the knife on Tuesday, and the club have now confirmed the operation was successful, adding that he is “expected to return to action later this season.”

However, it is stressed that “no timescale is being placed upon his comeback,” with Liverpool’s medical staff eager not to put pressure on Elliott to rush his rehabilitation.

“We were able to reduce the dislocation immediately on the pitch and Harvey had surgery today to repair the fracture and ligaments damaged in the incident,” club doctor Jim Moxon told LiverpoolFC.com.

“The operation was a success so his comeback starts now.

“We won’t put pressure on him by setting a specific timeframe beyond being able to say with confidence we expect him to feature again later in the season following our rehab programme.”

In a post on Instagram, Elliott wrote: “Operation was a success! Thank you so much to everyone for your amazing support.

“The road to recovery starts now. At the end of the storm there’s a golden sky.”

The Athletic‘s James Pearce has noted that players with similar injuries have faced four to six months out, which could see Elliott back mid-March at the latest.

It is likely that the 18-year-old will make his first steps back into action with the under-23s, but his impact in the early games of the season proves he is already capable of cementing himself as a first-choice starter at senior level.